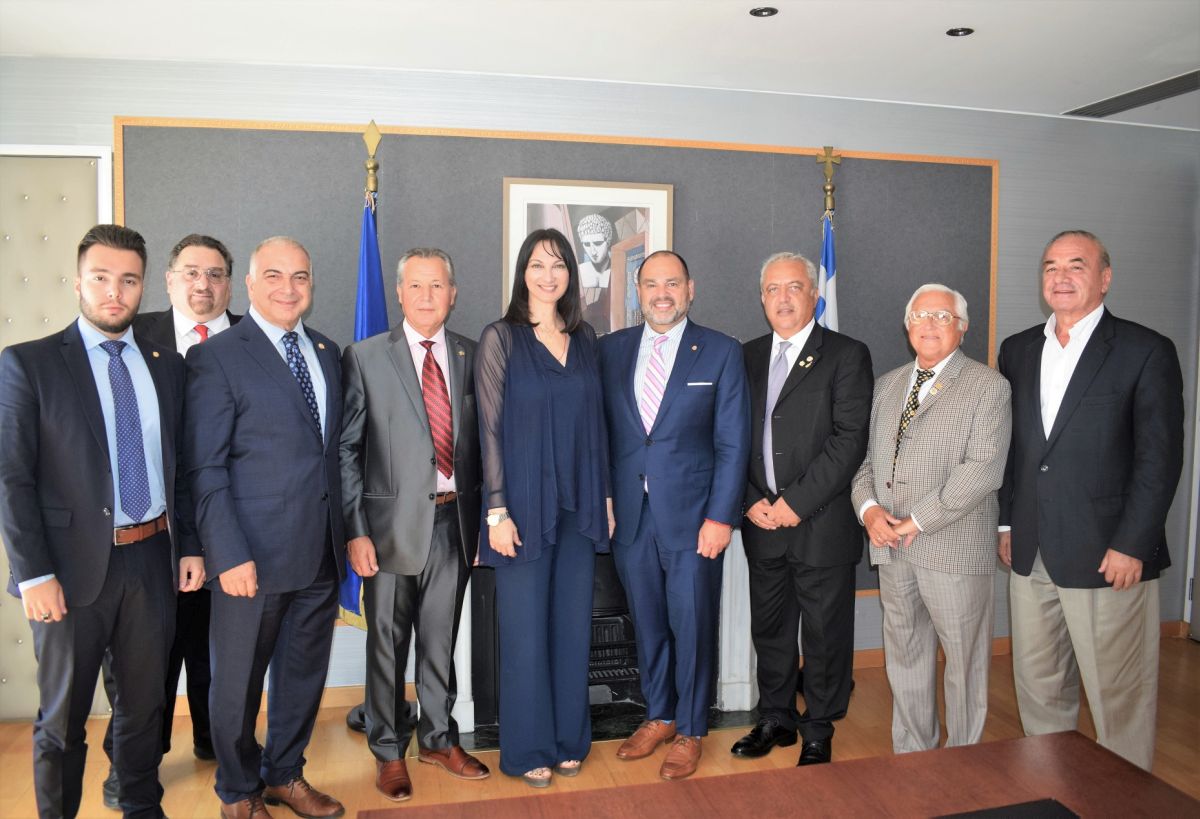 The launch of new actions and initiatives aimed at dynamically promoting Greek tourism to the United States was recently discussed in Athens between Greek Tourism Minister Elena Kountoura and a delegation comprising board members of the American Hellenic Educational Progressive Association (AHEPA).

During the meeting, Minister Kountoura referred to the already close cooperation that has been developed over the last few years between the ministry and AHEPA in promoting the country and its tourism options.

When referring to Greek tourism’s outstanding performance this year, the minister underlined that Greece is seeing a strong growth of visitors from the United States and Canada for the fourth consecutive year.

Discussions also included details involving AHEPA’s upcoming 2021 Family Supreme Convention, which will take place in Athens, under the Memorandum of Cooperation signed between the association and the ministry.

The AHEPA Family Supreme Convention is a multi-day event, which includes business meetings, sports and cultural events among others, aiming to bring Greeks in America closer to their Hellenic Heritage.

Ferry Strike in Greece Comes to an End