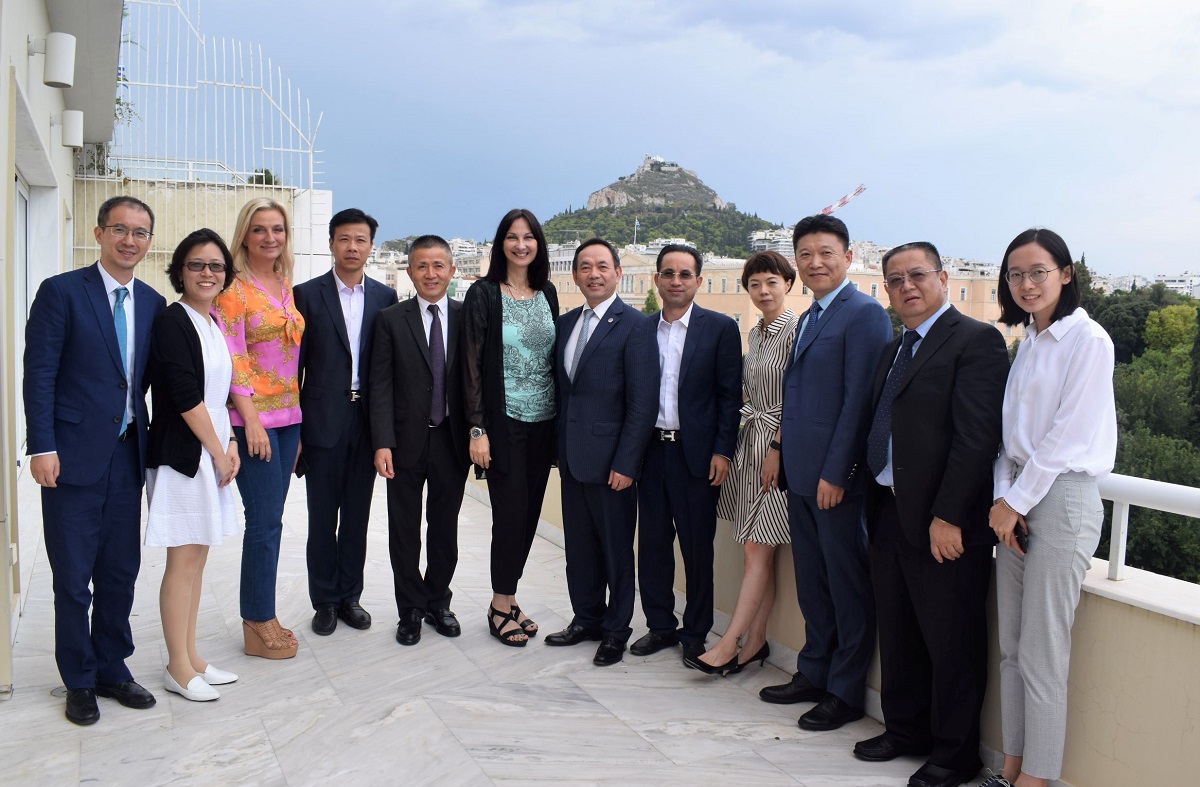 The opportunities for investments in Greece and the launch of a direct flight between Shanghai and Athens, were the issues discussed during a meeting on Thursday, between Greek Tourism Minister Elena Kountoura and the President of the China Council for the Promotion of International Trade (CCPIT), Yang Jianrong.

Jianrong visited Athens along with a delegation of Chinese entrepreneurs and members of the CCPIT.

During the meeting he referred to the interest of Chinese companies for the investment opportunities offered in the Greek tourism sector.

Furthermore, he expressed his support to the Minister’s efforts to establish a direct air link between Athens and Shanghai. Kountoura and Jianrong had also discussed the issue during the Minister’s visit to the ITB China travel trade show, which took place in Shanghai, in May.

Moreover, Jianrong referred to Greece’s participation in the International Import Trade Expo, which will be held in Shanghai in November, and invited the Minister to attend.