Travelport, a leading travel commerce platform, recently joined a consortium that has been selected by the European Travel Commission (ETC) to deliver a major new transnational destination marketing campaign designed to attract tens of thousands of tourists from China to Europe in 2018 and 2019.

In addition to Travelport, the winning consortium includes Eurail Group and National Geographic. The consortium will work in close cooperation with the United Nations Educational, Scientific and Cultural organization (UNESCO).

Initiated as part of 2018 EU-China Tourism Year, the project is being led by the European Commission and the Ministry of Culture and Tourism of the People’s Republic of China in collaboration with the ETC. It is supported by member countries of the European Union.

“We felt the approach that Eurail Group, UNESCO, Travelport and National Geographic put forward was unique, innovative and more than capable of convincing tens of thousands of tourists from China to come to Europe and immerse themselves in our culture and heritage,” said Eduardo Santander, CEO at the ETC. 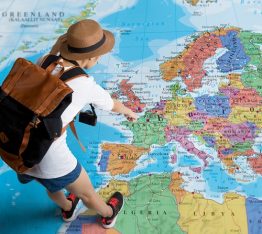 The scope of the project is to promote the World Heritage Journeys of the European Union platform by rail, which features unique itineraries and experiences developed by UNESCO and National Geographic.

The platform is co-funded by the European Union and promotes sustainable travel to some of the most remarkable World Heritage sites in Europe. China is a key source market for the initiative, and the journeys have been designed to reflect four themes: Ancient, Romantic, Royal and Underground Europe. All these journeys are fully accessible using the Eurail Pass, a single Pass that allows travel between over 40,000 railway stations across 10,000 destinations in 28 different countries in Europe.

Travelport’s role in the project is to deliver a programmatic media solution, which utilizes the company’s partnerships in mainland China to promote campaign content to over 6 million people in the country that fit the desired audience profile.

“We are proud to have been selected by the European Travel Commission, along with our partners, to deliver a project of this scale and importance,” Anna Au-Yeung, Global Head of Destination Marketing at Travelport.

“We believe this reflects the value our team, technology, and partnerships provide in reaching targeted audiences in China.”