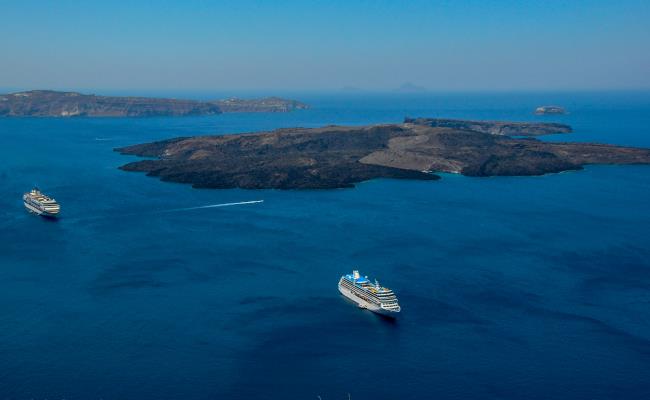 A new study measuring the radiocarbon stored in tree rings aims to offer fresh insight into the exact date of the largest volcanic eruption in human history: the eruption of the Thera (Santorini) volcano.

The eruption, which is believed to have occurred some 4,000 years ago, was so great it buried the town of Akrotiri and the Minoan settlement on Crete in 40 meters of ash and rock, sent massive tsunamis across the Mediterranean, caused devastating rainstorms in the wider region and was felt as far as Egypt and Asia Minor.

Akrotiri is the Minoan town on Santorini that was buried under ash once Thera erupted.

A reference date of 1600 BC has resulted from written records, bits of pottery and radiocarbon dating of ash-preserved plant material but scientists and archaeologists have been in conflict over the methods used and the validity of results.

The latest study, published in Science Advances, conducted by a team of researchers led by Professor Charlotte Pearson at the University of Arizona is using radiocarbon dates from Akrotiri and nearby sites, including trees.

“Every tree ring is a time capsule of the radiocarbon at the year in which it grew, so we can say here’s a tree ring from 1600 BC and here’s how much radiocarbon is in it,” Pearson said.

Findings from an olive tree buried in volcanic ash at the time of the eruption point to the late 1700 BC, 100 years earlier than the reference date.