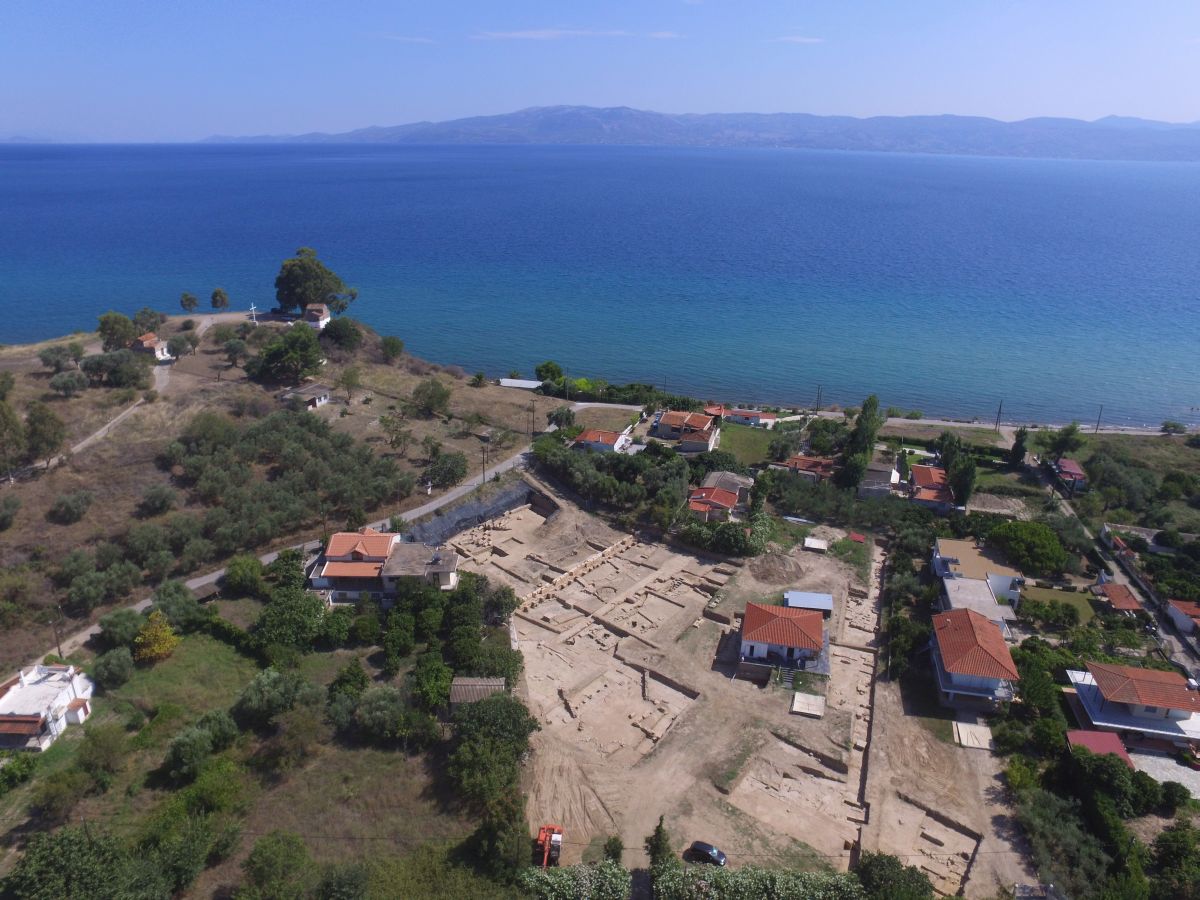 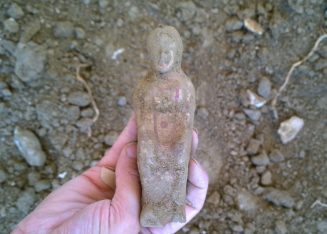 This year’s excavation activities around the Temple of Artemis Amarysia at Amarynthos on the island of Evia, have revealed significant finds among these seals inscribed with the name “Artemis” as well as three Hellenistic-era foundations with votive inscriptions to the goddess, her brother Apollo and to their mother Leto, allowing archaeologists to conclude that the buildings excavated in the last decade belong to the sacred space.

The 2018 works, carried out jointly by the Evia Ephorate of Antiquities and the Swiss School of Archaeology in Greece, follow the discovery in the summer of 2017 of one of Evia’s most important sanctuaries, the Temple of Artemis Amarysia some 11km from Eretria. 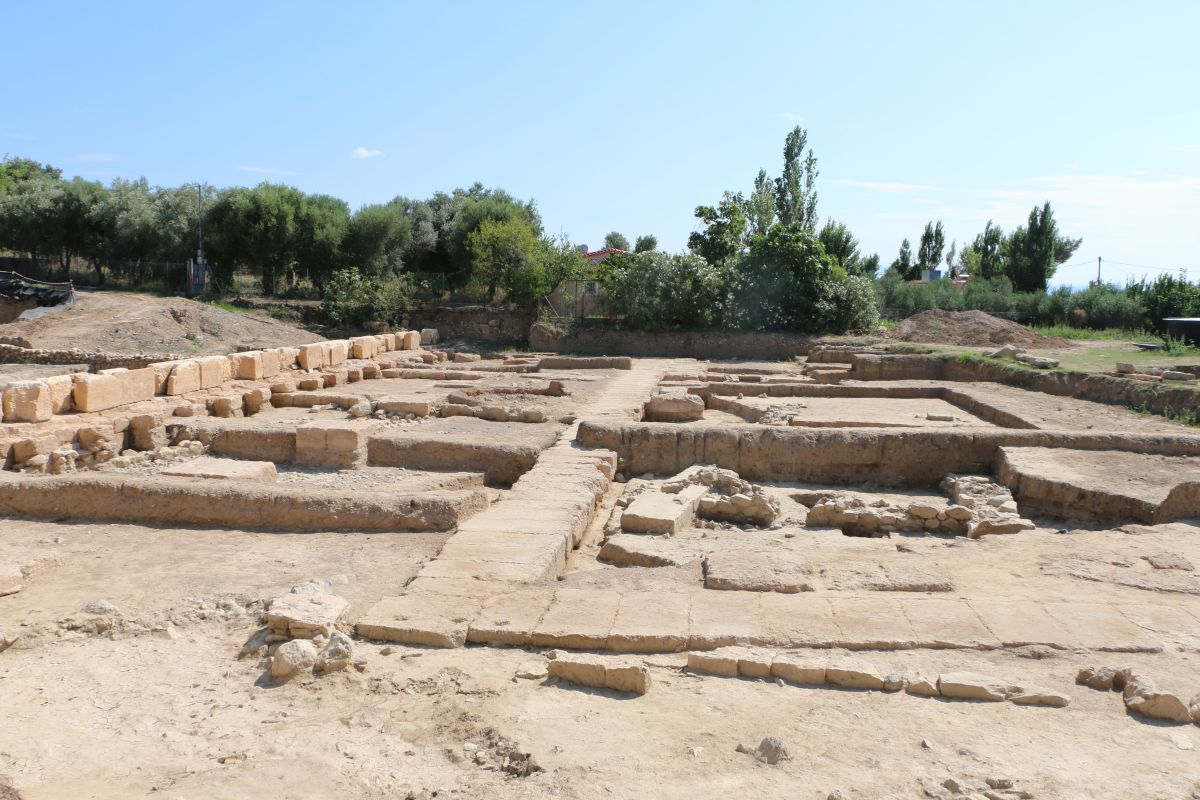 The eastern gallery and the archaic building with pilasters. Photo source: Culture Ministry

The excavation activities, conducted between June and August this year, focused on the central site of the sanctuary. Important finds include a model of a bronze archery quiver belonging to a statue of Artemis, remains of earlier constructions dating back to the 10th-7th centuries BC as well as a new statue base bearing the names of Artemis, Apollo and Leto.

Experts said they expect excavations in 2019 will determine whether the new finds are related to the worship of Artemis.