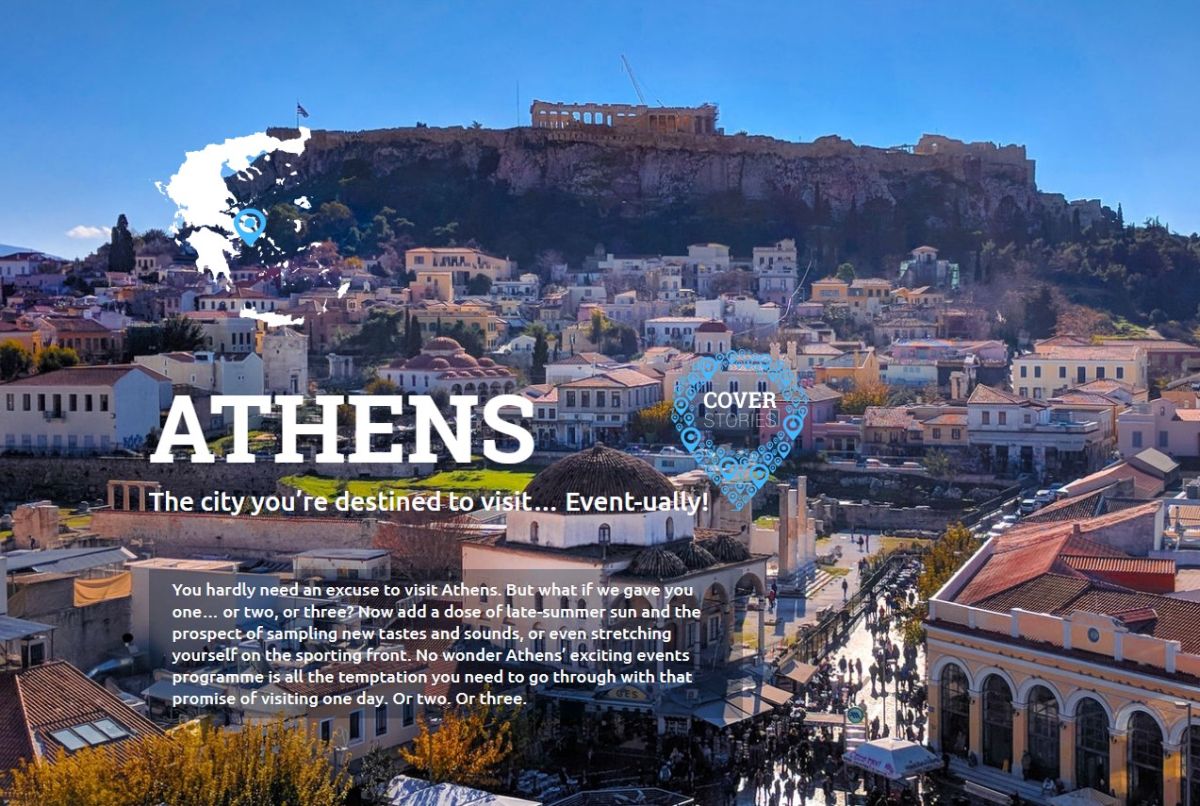 “The City You are Destined to Visit… Event…ually” starts off the latest campaign to promote Athens as a leading year-round tourist destination through its diverse array of cultural options.

Set to run through to the end of the month via discovergreece.com and its social media, the “Event-ually Athens” campaign is launched by destination marketeers Marketing Greece with the aim is to strengthen Athens’ reputation as a city break destination while contributing to the extension of the tourism season beyond the traditional summer months.

“Art events, theatrical performances, gastronomy, and sports happenings are just some of the experiences for visitors to Athens, as well as at destinations near the Greek capital. Our goal is to highlight the contemporary cultural image of Athens, which not only boosts it as a destination, but also gives a unique, dynamic and even more modern identity to the city,” said Marketing Greece CEO Ioanna Dretta.