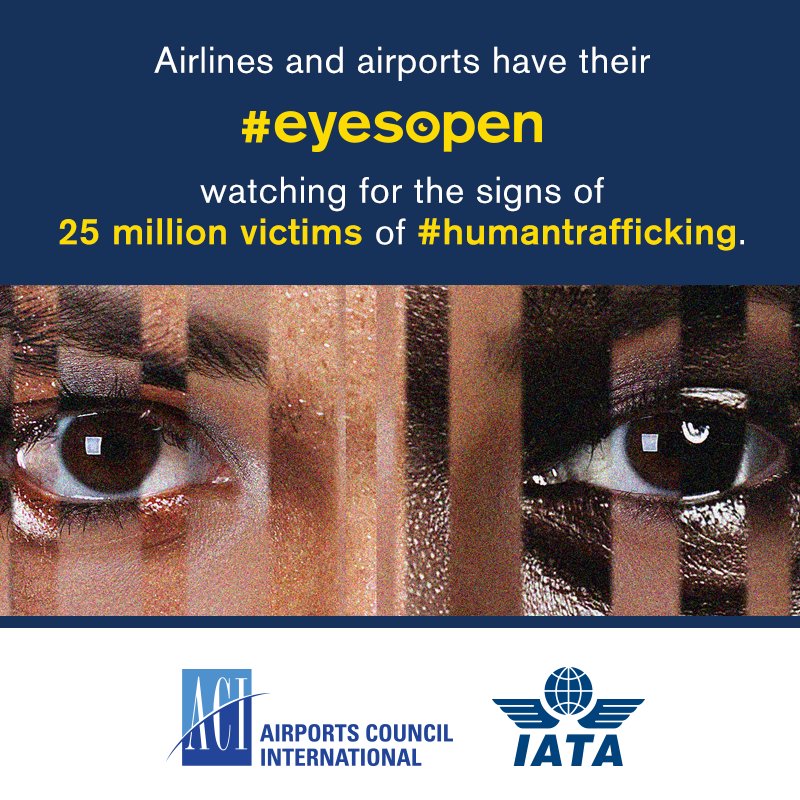 On occasion of United Nations World Day Against Trafficking in Persons on Monday, July 30, the Airports Council International (ACI) World and the IATA (International Air Transport Association) joined forces in the fight against human trafficking by increasing awareness, training staff, and putting in place reporting protocols. 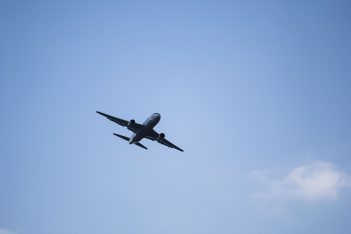 “Human trafficking creates misery for millions, and helps fund criminal gangs and terrorism. Aviation is the business of freedom. And we are taking action to help authorities ensure that our global network is not exploited for evil ends,” said Alexandre de Juniac, director general and CEO IATA.

“As an industry, we have our eyes open, and are working with governments and law enforcement to stop trafficking. Through a joint campaign with our airport colleagues, we hope to further mobilize the aviation industry in the fight against this abhorrent trade in people’s lives,” he added.

Human trafficking affects some 25 million people a year. In view of this stark reality, ACI and IATA invite airline and airport employees, industry partners and supporters to strengthen efforts in awareness, training, and reporting. 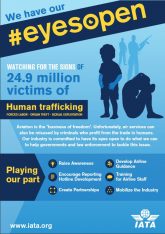 “The safety and security of passengers remains all airports’ number one priority and the airport community is determined to work with border authorities and our partners across the world in helping to put a stop to this activity,” said ACI World director general, Angela Gittens.

More info can be found at IATA and on ACI World. Facebook users can add an overlay to profile photos: “I have my #eyesopen on #humantrafficking”.