A significant increase was recorded in arrivals and overnight stays in hotels, similar establishments and tourist campsites in Greece last year compared to 2016, the Hellenic Statistical Authority (ELSTAT) said on Monday.

According to the final data for the January-December 2017 period, Greece last year saw arrivals to the aforementioned establishments up by 10.2 percent to over 21.3 million,  while overnight stays increased by 9.6 percent to over 89.3 million, compared to the corresponding figures of 2016. The corresponding arrivals for the same period of 2016 amounted to over 19.3 million while the nights spent amounted to over 81.5 million. (Tables 1 and 2) 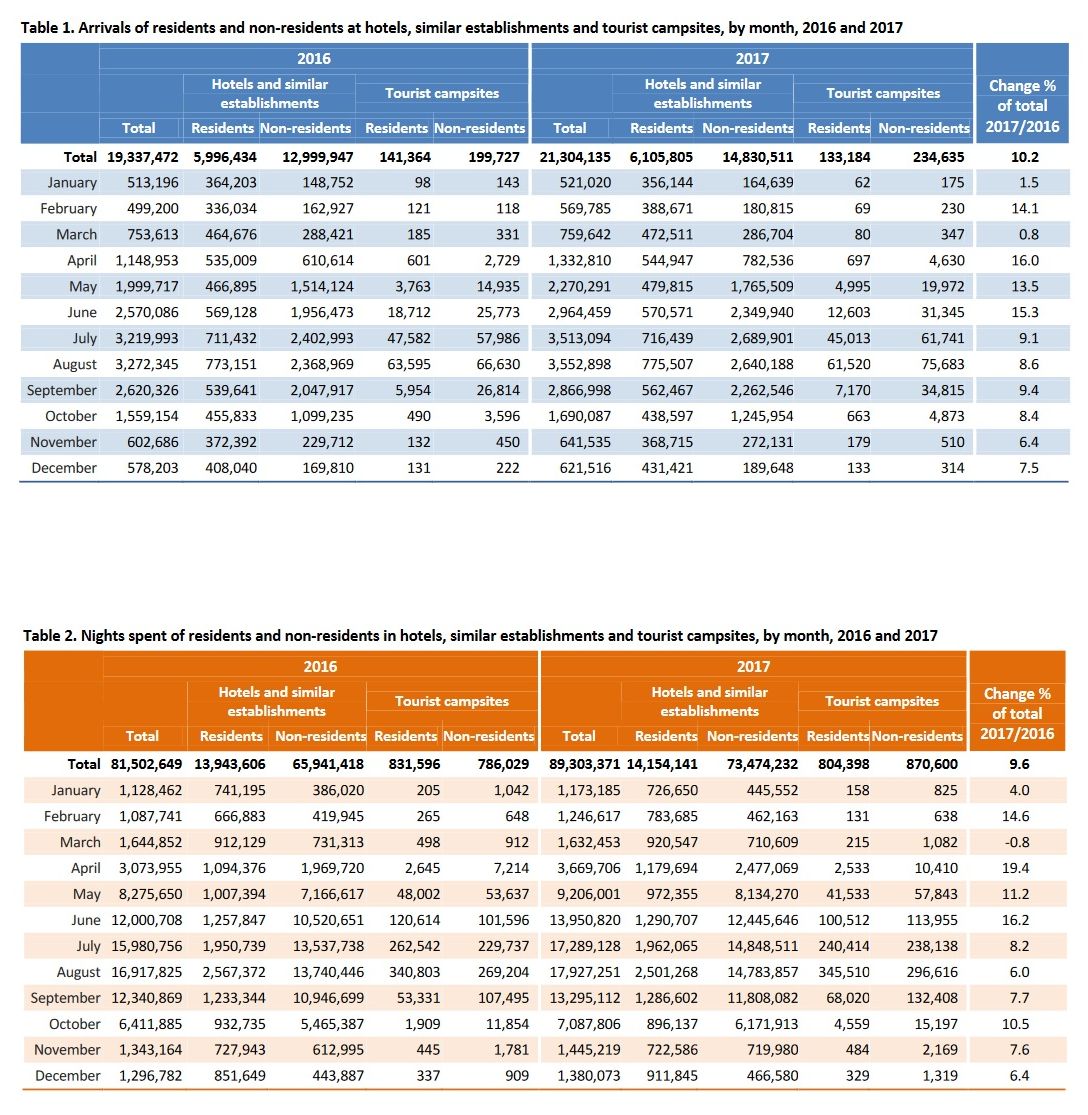 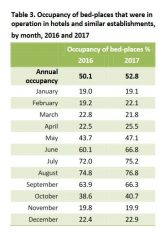 The annual occupancy of bed-places in hotels and similar establishments (excluding tourist campsites), which is calculated by taking into account the nights spent compared to the bed-places that were in operation, amounted to 52.8 percent in 2017, compared with 50.1 percent in 2016 (Table 3).

According to monthly data, 85.4 percent of the arrivals and 92.3 percent of the nights spent, in hotels, similar establishments and tourist campsites of Greece, are recorded during the April-October 2017 period (Tables 1 and 2, Graph 2). 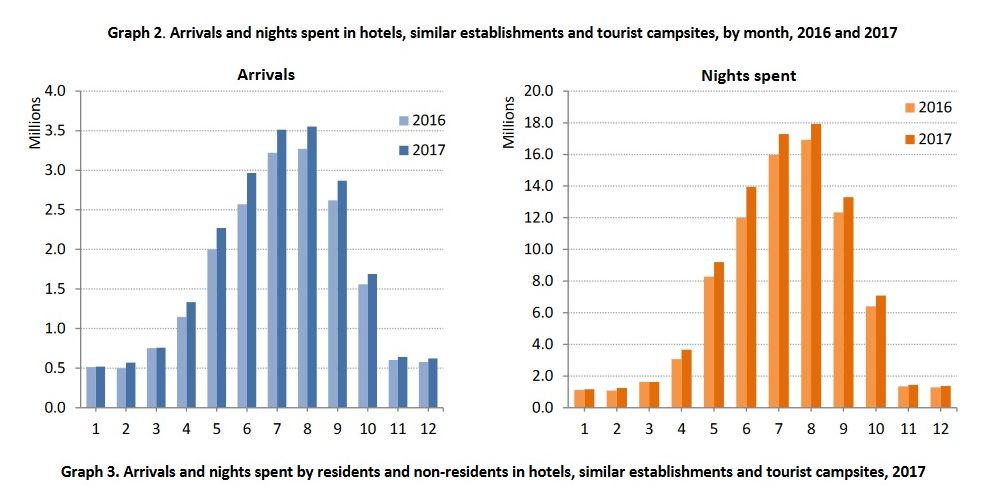 In regards the breakdown of the survey data by region (NUTS 2), an increase is observed in arrivals and overnight stays in all of Greece’s regions. 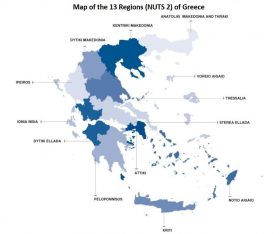 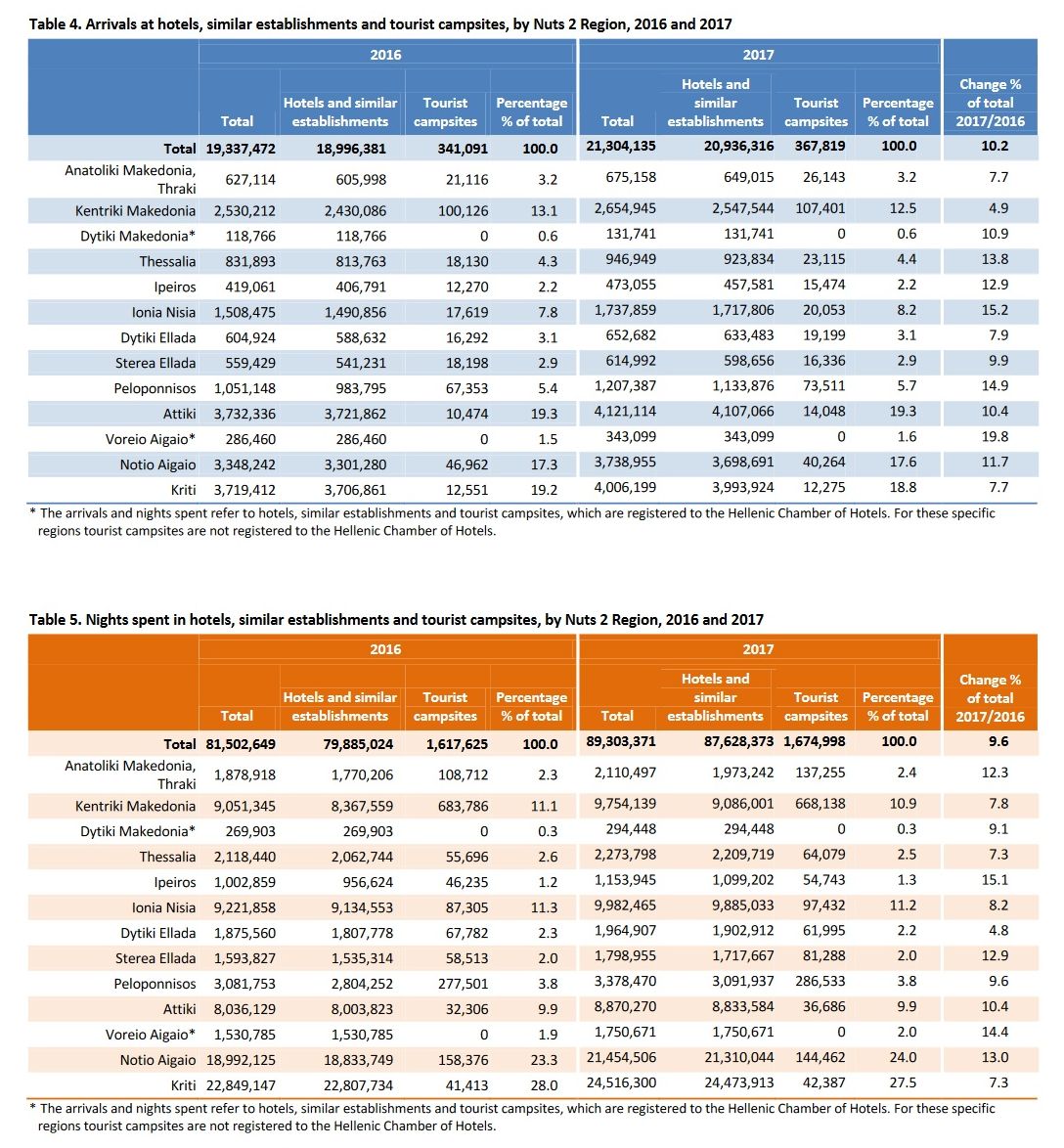 For the rest of the European countries, the largest contribution is recorded for Russia (5.6 percent of arrivals and 7.7 percent of nights spent).

The data refers to arrivals and nights spent at hotels, similar establishments and tourist campsites that are registered in the Hellenic Chamber of Hotels. The results of the survey refer to about 80 percent of the total bed-places that operate in Greece.