The forest fires that ravaged several settlements in southeastern Attica on Monday, leaving at least 81 dead, dozens missing and injured was ranked by AFP as the 21st century’s second deadliest after the 2009 wildfires in Australia which left behind 173 dead.

In view of the severity of the situation, the European Commission pledged through its Civil Protection Mechanism to extend aid to Greece. In this direction, European Commissioner for Humanitarian Aid and Crisis Management, Christos Stylianides arrived in Athens on Tuesday, where he met with Alternate Public Order Minister Nikos Toscas at the fire brigade’s operations center. 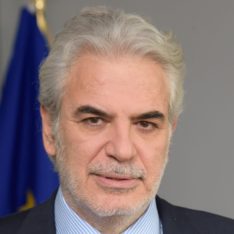 Stylianidis pledged financial support for the future purchase of firefighting aircraft, adding that by November, he expects the EU will have passed a law on the creation of a European fleet of firefighting planes and a unified EU Civil Protection Mechanism via its RescEU initiative.

MEPs approved in May proposals to upgrade the EU civil defence mechanism, which foresees setting up a RescEU reserve of assets such as forest firefighting planes, high-capacity pumps, field hospitals and emergency medical teams for use in all kinds of emergencies. When put into effect, RescEU would be able to buy or lease its own equipment, in addition to that lent by member states.

Meanwhile, Cyprus, Spain, Italy, Romania and Bulgaria have already responded to the Greek call for help by providing planes, firefighters, medics and vehicles through the EU’s response tool.

Stylianidis was scheduled to meet with Prime Minister Alexis Tsipras on Wednesday, and then visit the areas devastated by the fires in order to coordinate the EU’s on-site support.

Sweden and Latvia have also requested EU backing following a number of unprecedented forest fires there.