With a continuous record of arrivals, overnight stays and occupancy rates, Athens is among the protagonists of Greece’s rapid tourism development, Tourism Minister Elena Kountoura said on Tuesday.

Speaking at the Athens Chamber of Tradesmen (EEA) during a Board of Directors meeting, Minister Kountoura said that arrivals in the Greek capital this year are expected to exceed five million. 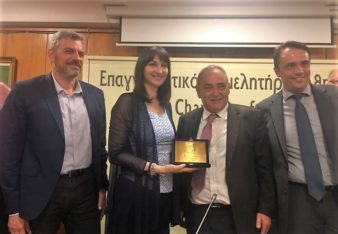 Elena Kountoura was the first Greek tourism minister to attend a board meeting of the Athens Chamber of Tradesmen (EEA). Pictured is the minister after receiving a commemorative plaque from EEA President Ioannis Hadjitheodosiou. Photo source: Tourism Ministry

During her speech, Kountoura informed of the ministry’s targeted promotion of Athens as an attractive city break destination in order for leading travel groups abroad to include the destination in their programs. The ministry’s strategy for the Greek capital, according to the minister, resulted in Athens becoming a popular destination for short holiday getaways from just a stopover destination it was in the past.

“We created a new tourism demand for Athens and attracted the interest of Greek and international groups to open new 4- and 5-star hotels and make investments that upgrade the image and tourism offer of the capital to attract high spending visitors,” the minister said.

According to Kountoura, over the last three years Greece has seen a 25 percent increase in tourist traffic, as well as a significant increase of turnover and profitability of enterprises and the creation of new jobs, contributing decisively to the Greek economy’s growth path. 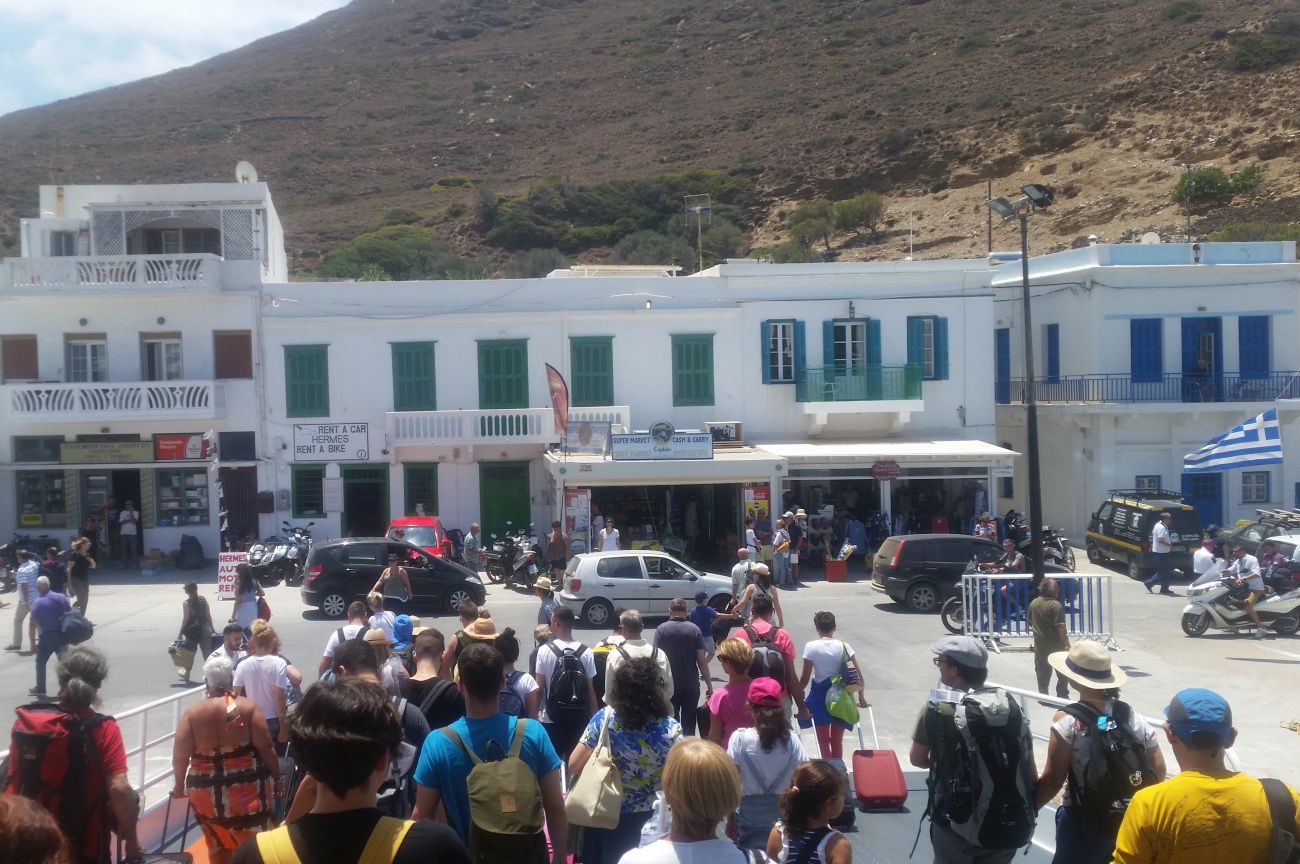 Regarding the 2018 season, the minister said already Greece is seeing a double-digit growth in arrivals, revenues, hotel profitability and a strengthening in the turnover in other productive sectors.

Kountoura also added that the ministry is seeking to strengthen tourism through the post-2020 Multiannual Financial Framework (MFF), the budgetary plan of the European Union which sets the maximum amount of spending for different policy areas for several years.

“In this effort, we want you by our side with proposals and a closer cooperation to create even greater opportunities for development that will benefit all professionals,” she told the chamber’s members.