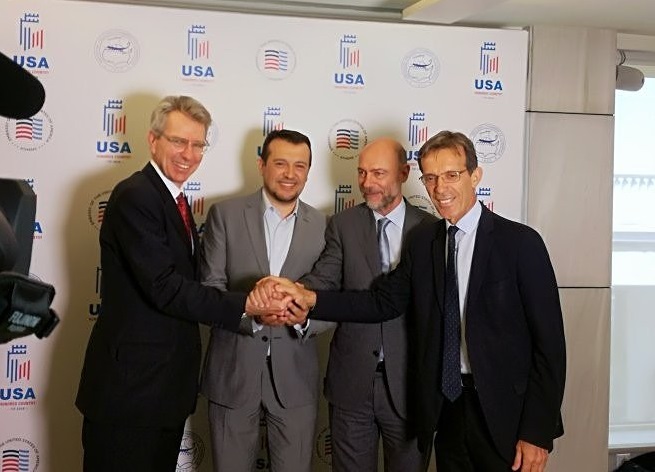 “It’s an unmatched opportunity for Prime Minister Tsipras to send a clear signal: Greece is open for business,” said US Ambassador to Greece Geoffrey Pyatt today during a press conference on the upcoming 83rd Thessaloniki International Fair (TIF) at the New Hotel in central Athens. 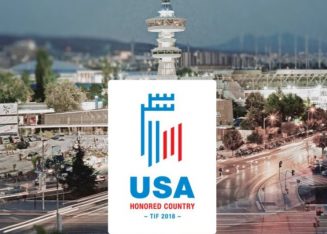 The briefing is just one of the many joint promotional initiatives by organizer TIF-Helexpo, the American-Hellenic Chamber of Commerce (AmCham), and the government of the largest business, industry, political and trade event in the country which this year will host the United States as the honored country.

“TIF is the optimal platform for the US to demonstrate its support of Greece’s return to growth… for synergies and visibility. There is a strong American appetite to establish a business presence here,” said Pyatt, reiterating the United States’ support of Greece’s efforts to return to health.

“Greece’s return to growth inherently creates opportunities… US-Greek trade relations are growing and US companies go to growth,” he said, referring to US investments in tourism and energy while adding that investor interest is increasing as a number of “uncertainty factors are being eliminated, such as fear of Grexit, banking system stability and ability to meet set targets”. 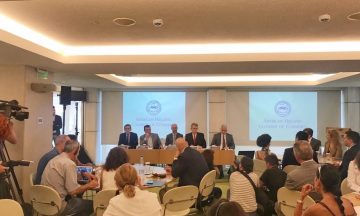 Photo Source: US Embassy in Athens

So far, 52 major enterprises including Coca-Cola, IBM Hellas, VISA, Microsoft, Google, and Lockheed Martin, will be participating in the US pavilion as partners or exhibitors.

At the same time, business leaders, decision-makers and influencers will be participating in the nine-day event strengthening ties, fostering new networks and paving the way for cooperation in an array of fields and areas including energy, tourism and technology, with a number of deals set to be sealed.

Under the title “Harnessing the Power of Innovation and Creativity”, the 83rd TIF will run in the northern port city on September 8-16, at the TIF-Helexpo Center.

Ambassador Pyatt confirmed that there would be a senior-level US political delegation attending the event as was stated by US President Donald Trump as well as interest from the US Congress. Trump had expressed his satisfaction with the American presence at TIF during Tsipras’ visit to Washington late last year.

Pyatt went on to underline the strong potential of Greece’s startup sector, which he said can be a “success story for Greece thanks to its world-class products”. At the same time, for the US, Pyatt said, TIF 2018 is also an ideal chance to demonstrate its commitment to Northern Greece on a social and political level.

Digital Policy Minister Nikos Pappas stressed the importance of the event’s timing, as it takes place days after Greece’s exit from its almost eight-year bailout program.

“TIF will pave the way for Greece’s leading role in the region after the crisis as an energy, transport and technology hub,” he said, adding that private – public partnerships are key in this direction. 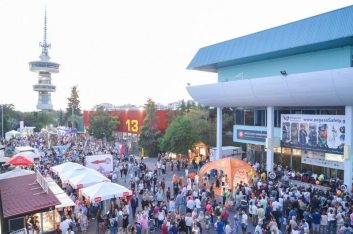 “This year’s TIF aims to advance Greece… it marks the beginning of a successful post-bailout era,” said AmCham President Simos Anastasopoulos also stressing the importance of the event days after Greece emerges from its aid program on August 20.  Anastasopoulos noted that the exhibition aims is to establish Greece as a hub of innovation and technology in the region, while attracting investor interest, adding that the elite of US business activity already present in Greece or seeking to invest will be present. AmCham has organized the US pavilion at TIF.

“In the 1960s the Thessaloniki Trade Fair welcomed over 1.5 million people. We are optimistic that this year the event will make a comeback becoming again the biggest happening in the region,” said TIF-Helexpo President Tasos Tzikas, adding that organizers expect some 300,000 visitors and 1,500 exhibitors.

Tzikas went on to emphasize the central role of technology and innovation at this year’s show, which feature at a special pavilion. Tzikas stressed the importance of an event that brings together enterprise and politics. “The exhibition should include politics because it offers an open channel of communication,” he said.

First held on October 3, 1926, the Thessaloniki International Fair has since been a major political milestone as every year, with Greece’s premier as well as his cabinet of ministers presenting the government’s annual policies.