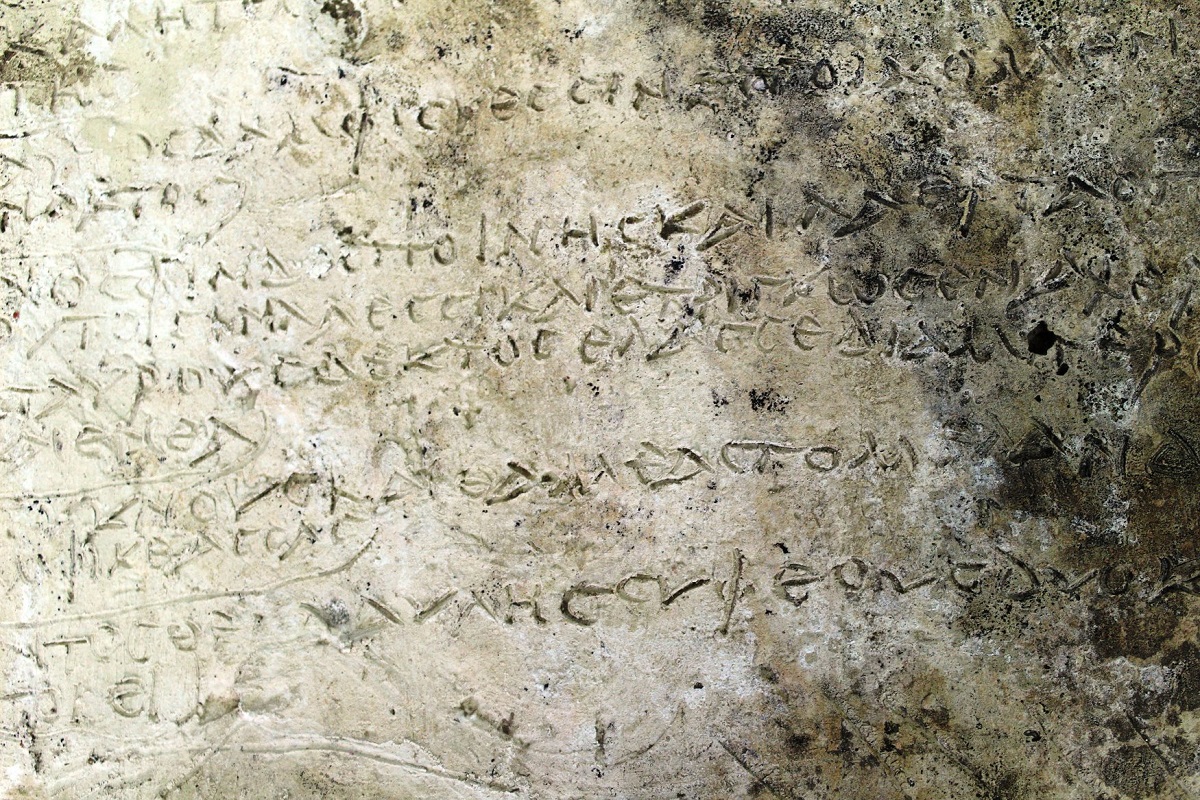 The clay tablet with the engraved inscription, which depicts part of Odyssey’s 14th Rhapsody.

Archaeologists in Greece have discovered a clay tablet with an engraved inscription, which is believed to be the oldest written record of Homer’s epic tale, the Odyssey.

According to the Greek Ministry of Culture, the inscription depicts 13 verses from Odyssey’s 14th Rhapsody, in which Odysseus speaks to his friend Eumaeus.

The plaque was found in Ancient Olympia in the Peloponnese, by Greek and German archaeologists, who estimate that it dates back to the Roman era, and probably before the 3rd century AD. “If this preliminary estimation is confirmed… the clay tablet may be the oldest known written extract of Homer’s epic poems and apart from unique, it is also a significant archaeological, epigraphic, literary and historical exhibit,” the ministry said in the announcement.

The Odyssey is one of the two major ancient Greek epic poems attributed to Homer. It is considered fundamental to the modern Western literature and scholars believe it was composed near the end of the 8th century BC.

Homer’s Iliad is among the oldest extant works of Western literature.