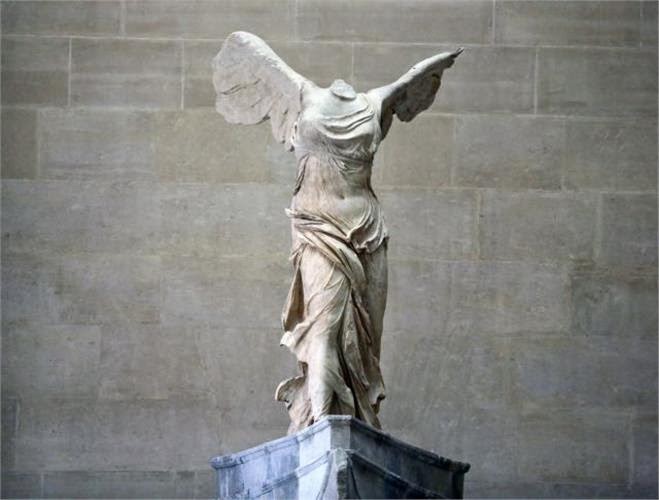 The Nike of Samothrace in the Louvre Museum.

An exact replica of “Nike of Samothrace”, the ancient marble sculpture of Greek goddess Nike, will soon be placed on the island of Samothrace – where it was found – in northern Greece. 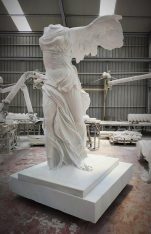 The replica of “Nike of Samothrace”. Photo Source: Regional Unit of Evros

Also known as the “Winged Victory of Samothrace”, the 2nd-century BC sculpture was discovered in April 1863, on Samothrace by the French consul and amateur archaeologist Charles Champoiseau. It was sent to Paris that same year and is currently on display at the Louvre Museum.

On the initiative of the Eastern Macedonia and Thrace Region, the Louvre Museum in 2015 agreed to the creation of two exact replicas of the ancient Greek statue in its true size according to the museum’s 3D guidelines. One of the two replicas will be placed in its original location and the second in the city of Alexandroupolis in northern Greece.

“It took one month for the piece of the white Thassos marble weighing 18 tones to be cut and curved by a robot… Three sculptors from the Tinos School of Fine Arts worked for another month to finish the sculpture,” the Regional Unit of Evros said in announcement.

The sculpture was created in the premises of the FHL Kyriakidis Group, a company producing marbles and granites, based in northern Greece.