Bookings from South Korea to Greece Up 10% 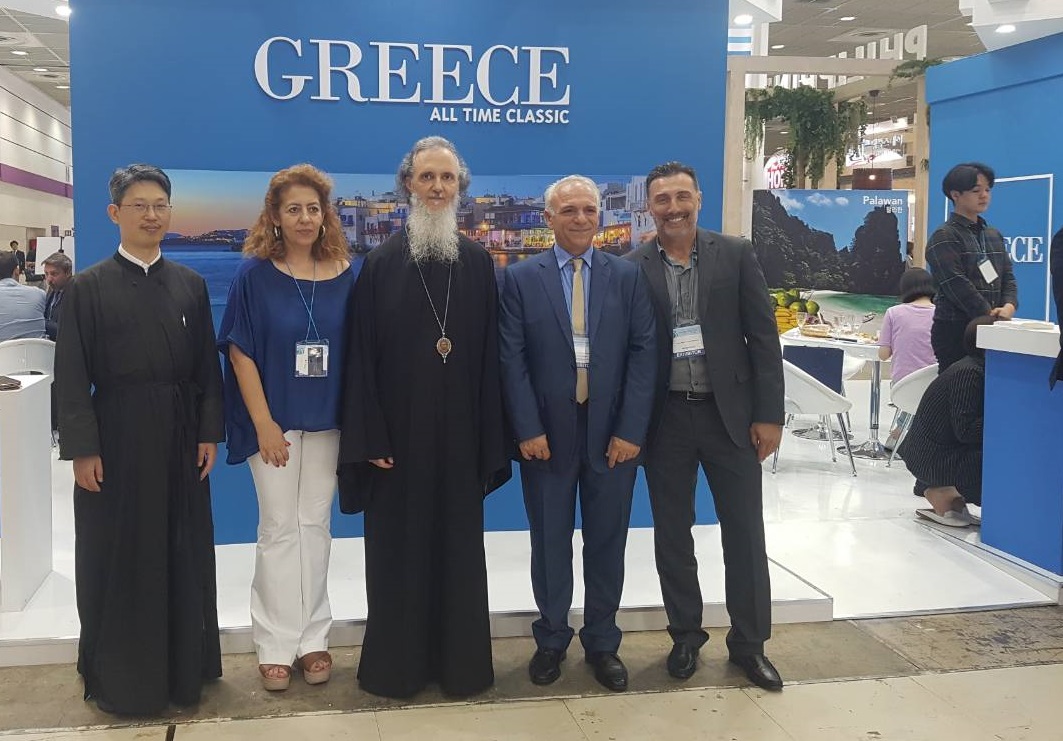 Greece’s popularity among travelers from South Korea is on the rise, as bookings from the country have increased by 10 percent since the beginning of the year, according to data presented by the Greek National Tourism Organization (GNTO). 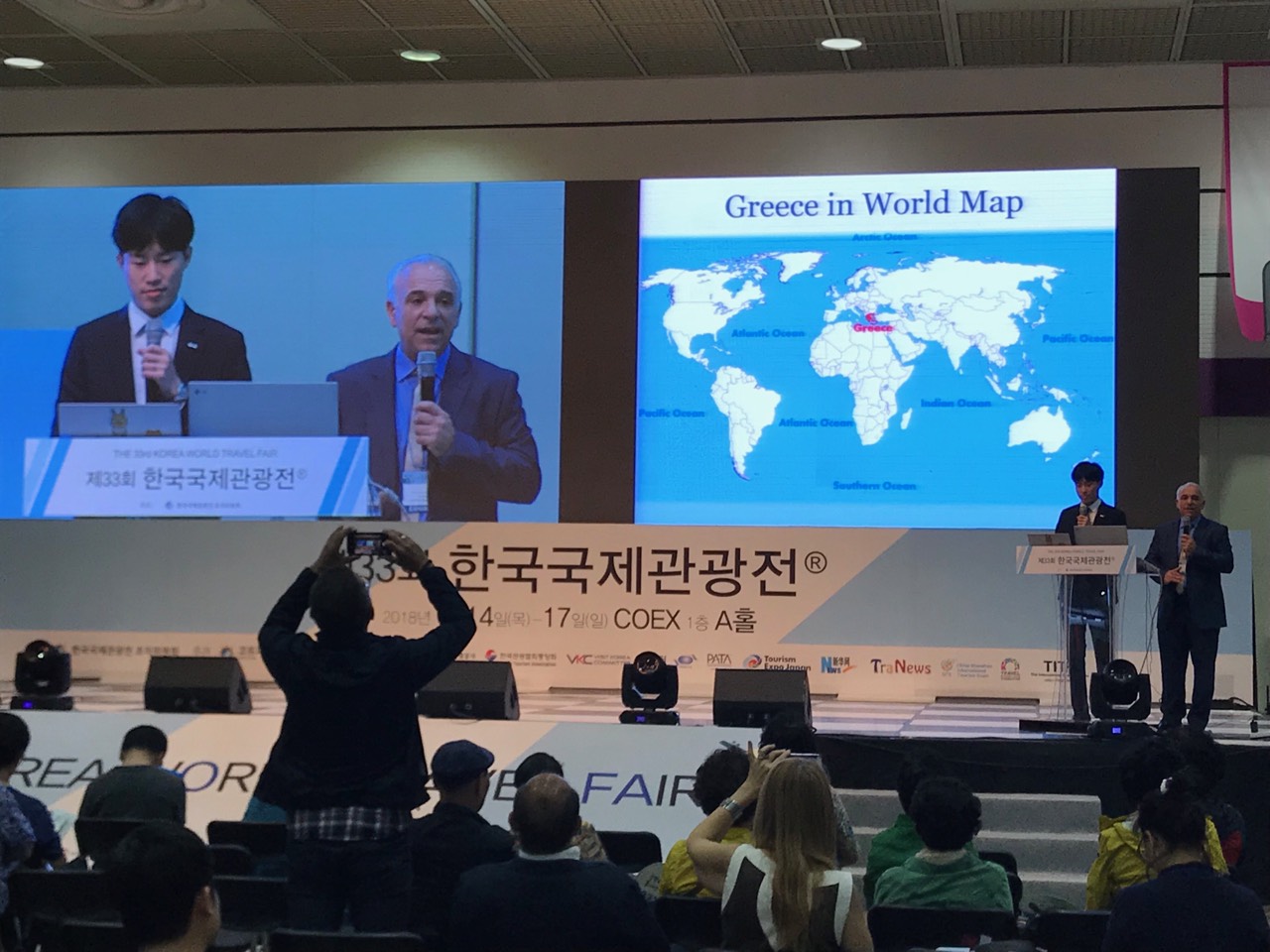 GNTO participated in the 33rd Korea World Travel Fair (KOFTA) 2018, which was held earlier this month in Seoul. “Korea is one of the new markets the Ministry of Tourism has focused on, in efforts to attract high-income travelers,” the organization said in an announcement.

The GNTO delegation presented Greece’s tourism offerings to local travel agents and visitors, through rich advertisement and photo material, as well as the organization’s award-winning video, “Greece: A 365-day destination” and a video of the Olympic Flame handover ceremony for the 23rd winter games in PyeongChang, China. 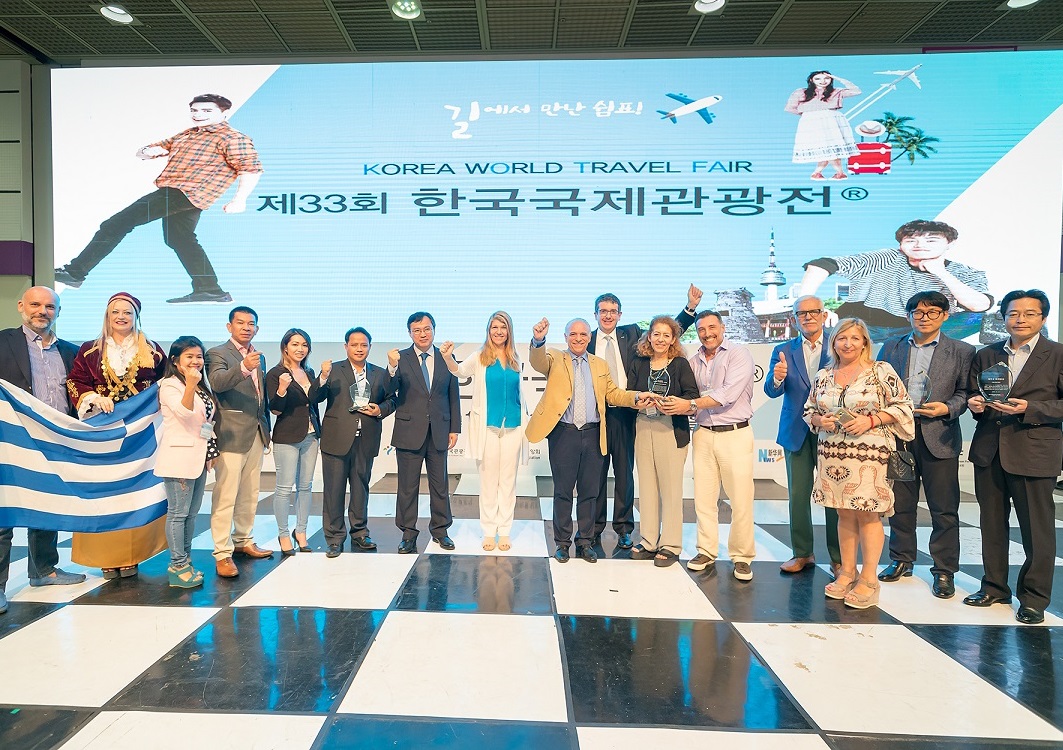 The winners of the awards in KOFTA 2018.

Furthermore, GNTO was honored with the “Best Tourism Marketing Award” in KOFTA 2018, for its strategy in promoting Greece as a tourism destination in South Korea. 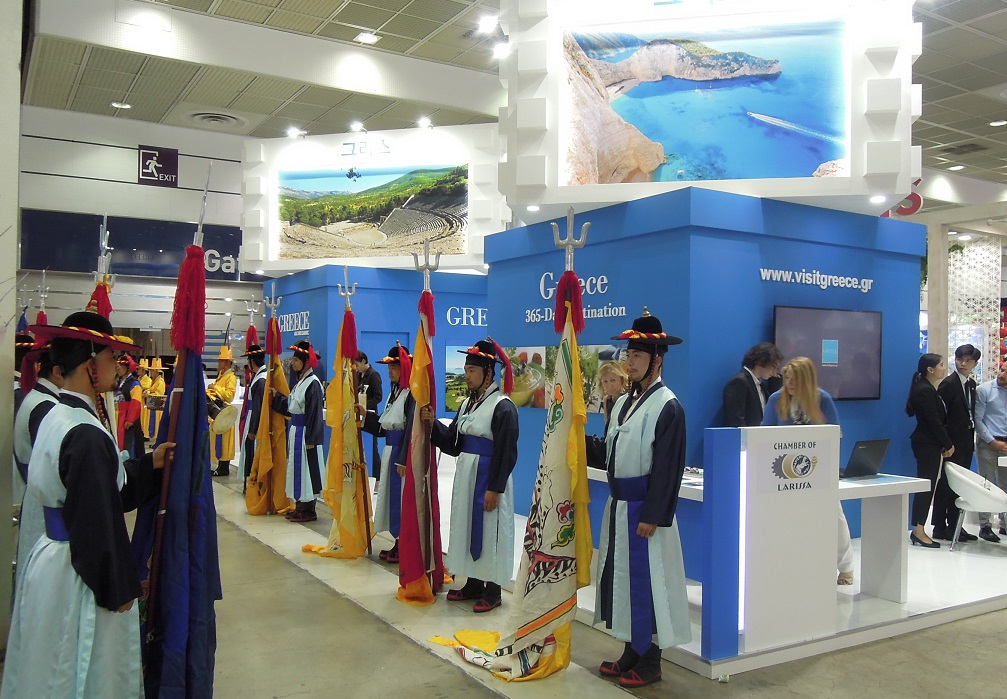 During the fair, the stand of GNTO hosted the South Aegean Region, the Chamber of Thessaly, the Hellenic Association of Travel and Tourism Agencies (HATTA) and Greek tourism enterprises.

Among its visitors were the Ambassador of Greece in South Korea, Ifigenia Kontoleontos; Metropolitan Amvrosios of Korea; Greek academics from the Hankuk University of Foreign Studies and Woosong University (Sol International Hotel Management – SIHOM); local entrepreneurs from the fields of tourism and fashion.