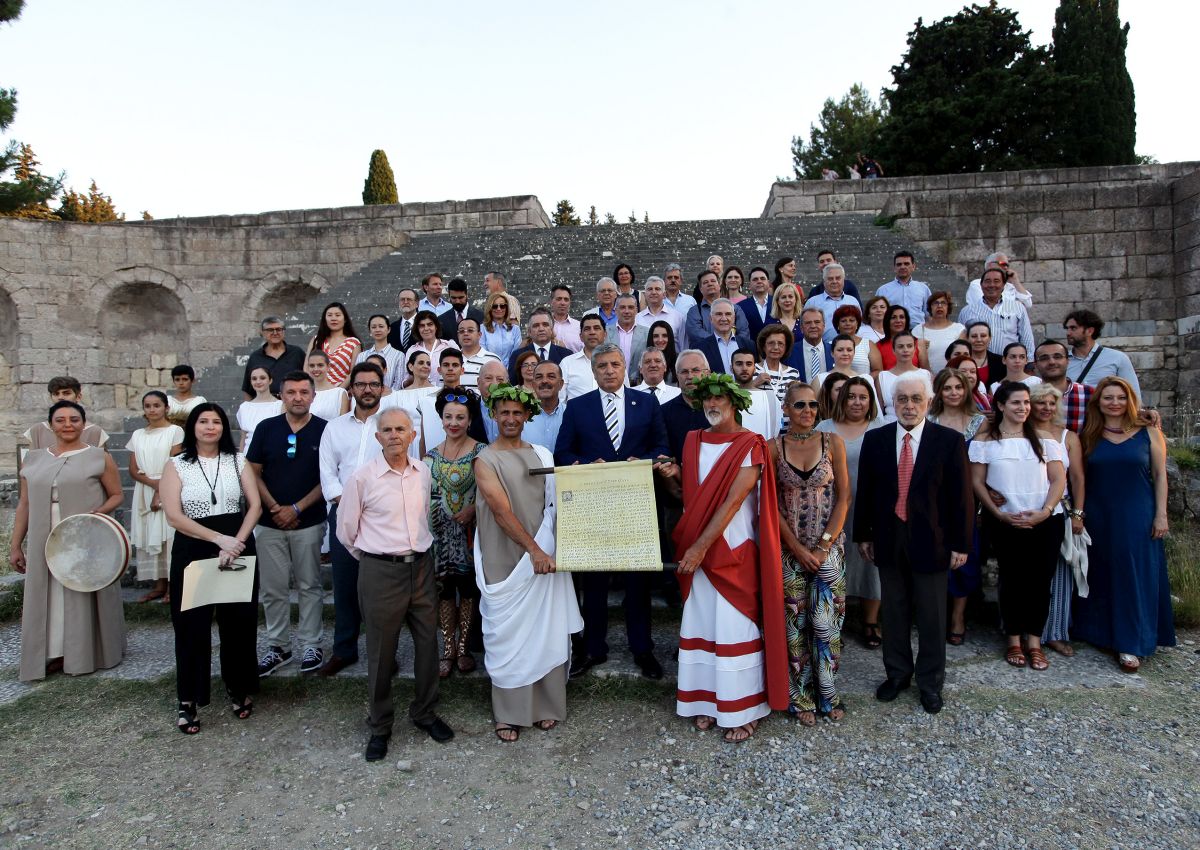 KEDE President George Patoulis with doctore and chairmen of medical associations of the world at the Asklepieion of Kos site.

The president of the Central Union of Municipalities of Greece (KEDE), George Patoulis, has proposed the creation of a new cluster that will merge Greek health units and clinics interested in offering health travel services to medical and wellness tourists of the world.

“May the island of Hippocrates that hosts us today, be the starting point for maximizing partnerships, and the springboard for even greater success,” Patoulis said on the weekend during the 2nd International Conference on Health Tourism held on the island of Kos, the birthplace of Hippocrates, Father of Medicine.

The new cluster, dubbed the “Hippocrates Cluster” will aim to unify the efforts of Greek health units and clinics in improving services, quality and infrastructure to meet the standards and accreditation of the international health tourism market.

According to Patoulis, Greece is aiming to attract some 100,000 medical and wellness travelers annually.

“It is our responsibility to our cultural heritage, to Greece’s history and our ancient ancestors… to relaunch Greece as the Mecca of Medicine and a modern health travel destination for health tourists, medical students and academics of the world,” he said. Patoulis also leads the Medical Association of Athens and the National Health Tourism Council Elitour.

Organized and sponsored by KEDE, the 2nd International Conference on Health Tourism in Greece was attended by experts, opinion leaders and visionaries of the health travel and tourism industry.

On his part, Kos Mayor George Kyritisis said that the municipality was hosting the and co-organizing the conference to remind the international community of the “brand name” of Hippocrates, Father of Modern Medicine.

Hippocrates studied, practiced and taught therapeutic medicine at the Asklepieion of Kos, the temple of worship of the god Asclepius in ancient times, healing ground for the ill and a school for the study of medicine, which Hippocrates led.

On the sidelines of the conference, all doctors that attended the event, took the Hippocratic Oath in a special ceremony representing the original Hippocratic oath of antiquity.

According to Mayor Kyritisis, the municipality continues to focus on the field of medical congress tourism.

The municipality, under special cultural exchange programs and agreements with medical schools of the Mediterranean area, Asia and Europe, every year hosts students who take the Hippocrates oath on the ancient sanctuary of Asclepieion.

Seaplanes Expected to Take Off in Greece in 2019