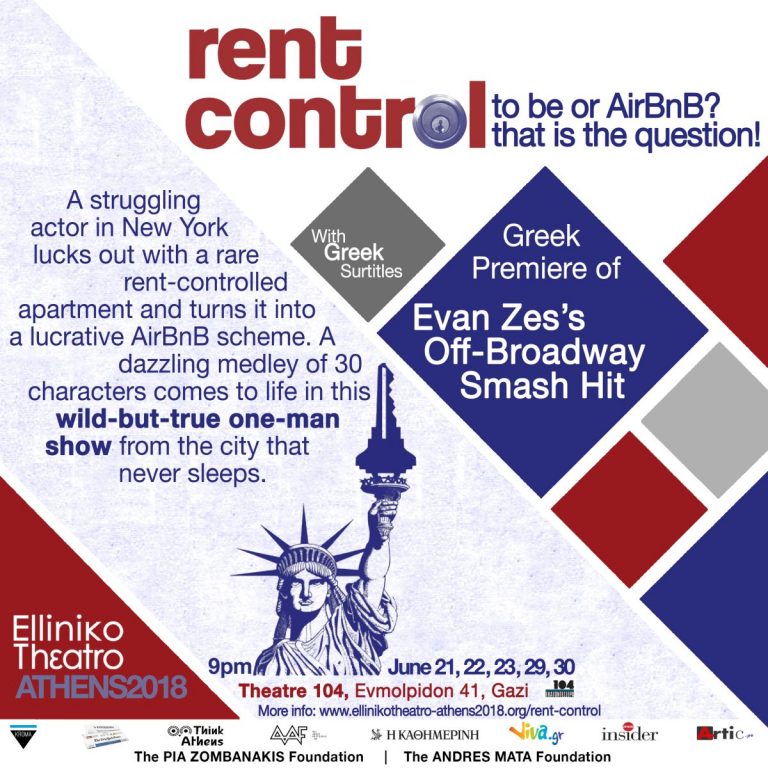 to be or airbnb? that is the question!

Rent Control, a one-man show written and performed by Greek American Evan Zes, is has come to the EllinikoTheatro in the Gazi district in Athens until June 30. The show is part of the ATHENS2018, EllinikoTheatro’s International Summer Arts Festival. 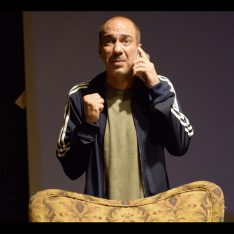 Rent Control is a personal story of survival of a struggling actor living in the heart of New York City.

When Evan falls backwards into one of the few remaining rent-controlled apartments in NYC, he finds a way to make money and pursue his dream, turning the apartment into a lucrative Airbnb scheme – that is, until his money-making scheme backfires, threatening to ruin his life. A dazzling medley of 30 characters comes to life in this wild-but-true one-man show of life on the edge of New York City.

After two years of sold-out performances all over the United States, Rent Control is finally making its Greek premiere!

In English, with Greek surtitles

Elliniko Theatro is an international performing arts organization based in New York and Athens. Since its inception in 1979, it has sought to serve as an innovative carrier of cultural diplomacy, expanding the temporal, spatial and social boundaries of Hellenic Theatre.