The issue of the return of the Parthenon Marbles to Greece, was tabled during a meeting this week in London, between Greek Culture Minister Lydia Koniordou and her UK counterpart Secretary of State for Culture, Media and Sport, Matt Hancock. 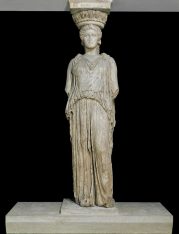 Koniordou, who also met with Michael Ellis, undersecretary of state for culture, said that it was time to intensify the dialogue between the two sides on a political level, highlighting the cultural and ethical dimensions of the issue, while underlining at the same time a recent recommendation by UNESCO’s Intergovernmental Committee for Promoting the Return of Cultural Property to its Countries of Origin or its Restitution in case of Illicit Appropriation (ICPRCP), which for the first time took a clear stance on the highly debated issue earlier this month.

In its statement, UNESCO recognizes the historical, cultural, legal and ethical dimensions of the issue of the return of the Marbles to the Parthenon, which is a World Heritage Site and as such of universal significance. The ICPRCP committee is calling on both sides to resolve the issue with a “mutually acceptable solution”.

Meanwhile, the Greek minister went on to refer to the growing support of the public opinion favoring the return of the 2,500-year-old marble sculptures, which were illegally removed and sold by Lord Elgin from the Parthenon in 1817. 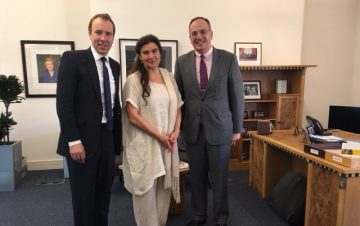 Hancock, Ellis and Koniordou also discussed bilateral cooperation and exchange in the area of culture with actions including co-productions, facilitating the movement of artists, and recent initiatives to make Greece a filming-friendly destination.

Koniordou was also briefed by the British Committee for the Reunification of the Parthenon Marbles (BCRPM) on activities and future actions.

The minister concluded her trip by attending an anniversary event at King’s College London marking 100 years since the creation of the Koraes Chair of Modern Greek and Byzantine History, Language and Literature.

Greece Sees Rise in Bookings from China for 2018