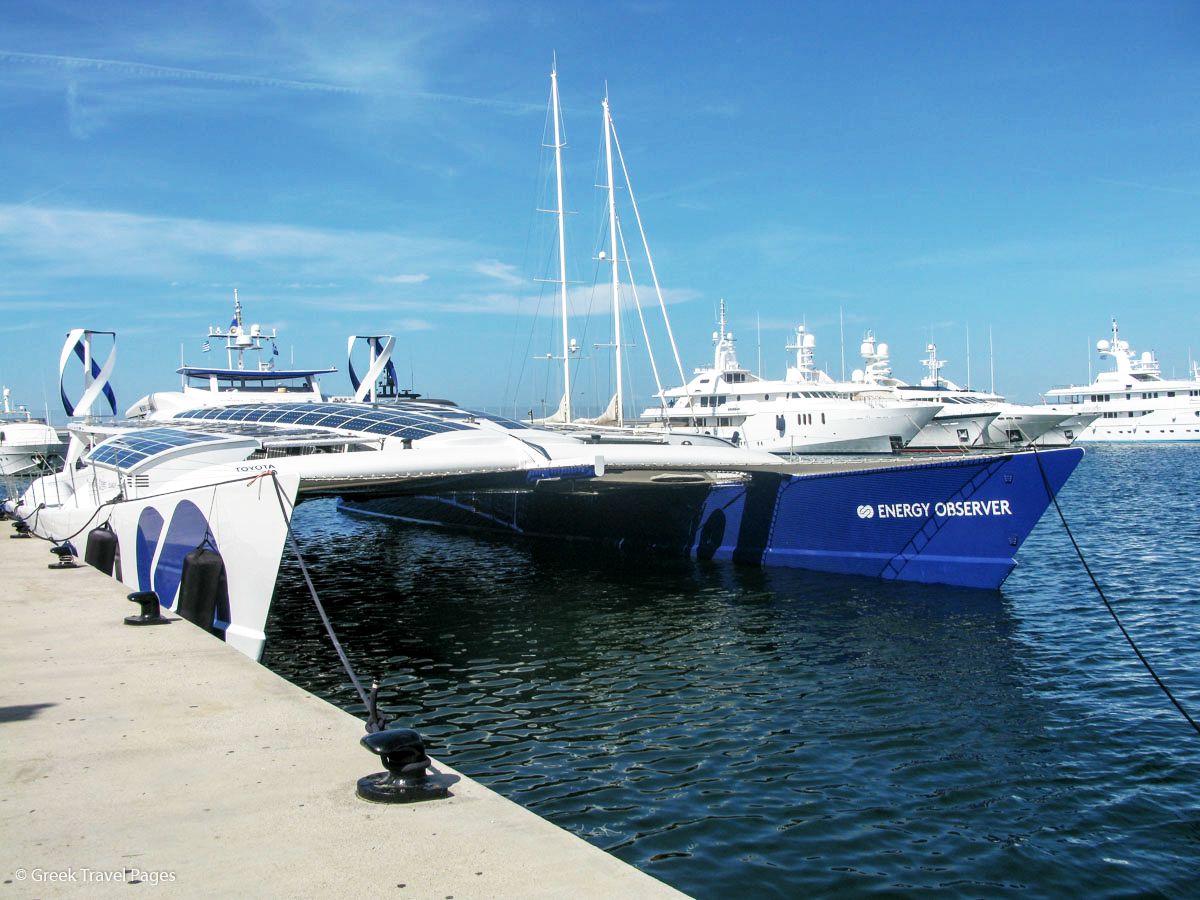 Energy Observer, the world’s first vessel powered by hydrogen and renewables, has arrived in Athens, the 20th stopover of its global tour.

The voyage of Energy Observer started in 2017 from France, aiming to reach 101 ports in 50 countries within six years, in order to raise awareness on the major themes of ecological transition including renewable energies, biodiversity, mobility and the circular economy.

Considered a technological achievement, the vessel is able to produce its own hydrogen on board from seawater, without greenhouse gas and particles emissions thanks to a mix of renewable energies produced by three different types of photovoltaic panels; two vertical axis wind turbines; one traction kite and two reversible electric motors for hydrogenration.

Energy Observer is also operating as a floating laboratory as its innovative technologies are tested in extreme conditions. “The whole idea is to develop the hydrogen and energy mix system we have on board during our six-year journey,” Energy Observer onboard reporter Amélie Conty said while speaking to Greek reporters on Wednesday.

“Our aim is in the end of our expedition to be able to develop a system – a commercial product – which will be used in the marine industry, at homes, in the hospitality sector and elsewhere,” Conty added.

A total of 15 million euro have been invested for the development of the vessel so far, while another 15 million will be invested in the project in the years to come. 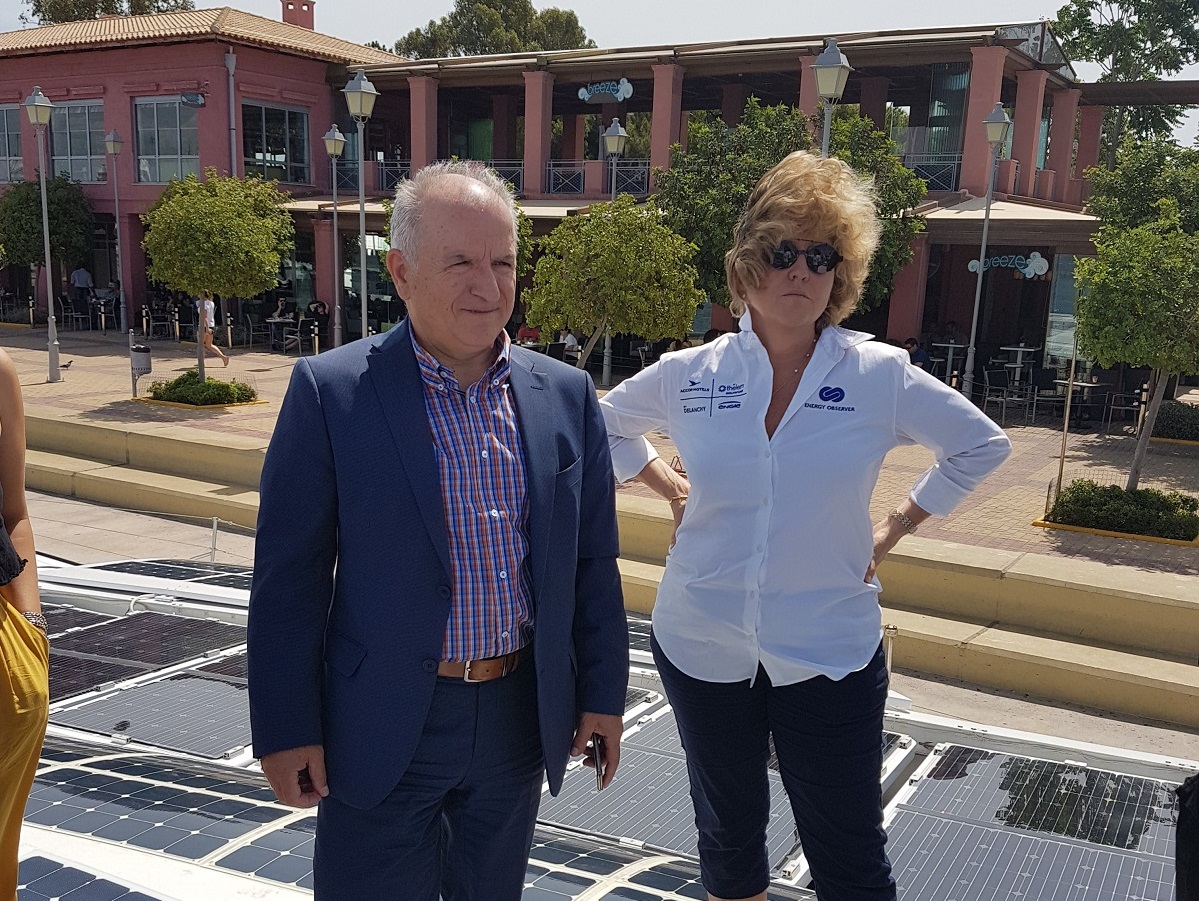 The Energy Observer at the Flisvos marina. Photo Source: http://www.energy-observer.org

Energy Observer has been navigating the Mediterranean since March 2018. After Tunisia, Israel and Cyprus, the vessel traveled through the Greek islands, from Crete to Tilos, Samos and Mykonos to shoot its documentary series “Odyssey for the future”, which will be broadcast by French media group Canal+.

The vessel arrived this week at the Flisvos marina, south of Athens’ city center, and has caught the attention of Athenians, city visitors and the local media not only due to its mission and technology features but also due to its futuristic appearance. While in Athens, the vessel’s crew has met with state and local authorities, and entrepreneurs.

The vessel will set sail on June 23, towards the Albanian coastline. After touring the Mediterranean this year, it will travel to Northern Europe in 2019 and Asia – including Japan for the summer Olympics – in 2020.

It should be mentioned that the Energy Observer is the French Ambassador for the 17 Sustainable Development Goals adopted by the United Nations.

Its partners include the AccorHotels Group, which has established the Novotel brand in Greeece; Thélem Assurances; the Delanchy Group and Engie.