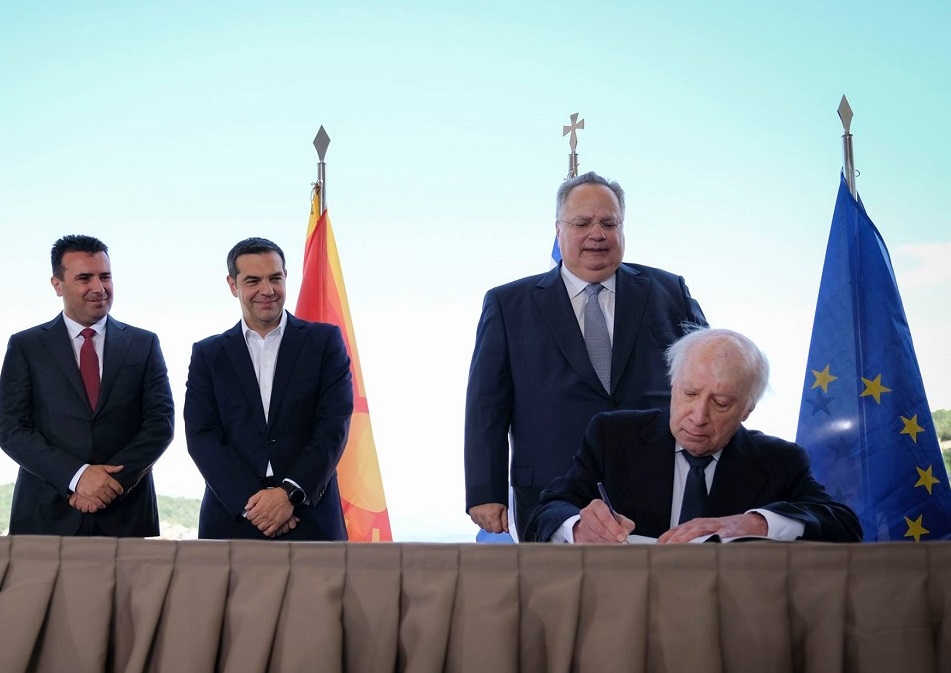 Severna Macedonja (North Macedonia) is unofficially the name of the former Yugoslav republic, which after 27 years of bitter contention with its neighbor Greece, can have a chance at EU and NATO accession after their foreign ministers signed an agreement on Sunday, June 17, at Lake Prespa, on the border the two countries share with Albania.

Greek Prime Minister Alexis Tsipras and his counterpart from Skopje, Zoran Zaev were present at the event despite angry opposition in both countries over the deal. 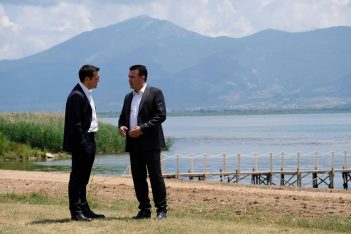 The accord still needs official ratification in the parliaments of both countries. and Skopje will also hold a referendum on the issue in fall with a looming veto by the country’s President Gjorge Ivanov.

Tsipras described the accord as “a brave, historic and necessary step for our peoples” despite dozens of protests across Greece and facing accusations in a no-confidence vote on Saturday, which he survived.

Meanwhile, the country’s business and trade sector has fiercely reacted to the agreement with the president of the Piraeus Chamber of Commerce and Industry, Vassilis Korkidis, saying it is “detrimental” and far from being in Greece’s best interests.

“In addition to the major national issues it creates, it does not offer the Greek side any added value in terms of the economy and trade; on the contrary it deprives the country,” Korkidis said.

Korkidis went on to stress that there is no guarantee that the agreement, which was announced last Tuesday “will ensure mutual benefits, both on the economic and geopolitical levels”. 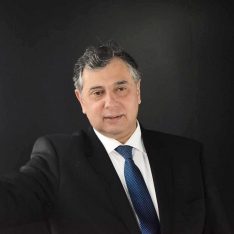 The president of the Piraeus Chamber of Commerce and Industry, Vassilis Korkidis.

Korkidis went on to note that the agreement’s “timetable is such that it requires a lot of effort and time to deal with very important issues, such as the issue of commercial use,” he goes on to underline that until this issue is resolved, cases of unfair competition between the two trade communities are bound to emerge particularly as Skopje-based entrepreneurs “may seeking to benefit from the unclear situation and try to secure as their own names with patents, trademarks and others, which have already been guaranteed at European and international level”.

It must be noted that Greece is among the top five investors in Skopje, with Greek investments, mainly in the oil and fuel, banking and retail sectors, exceeding 1 billion euros.