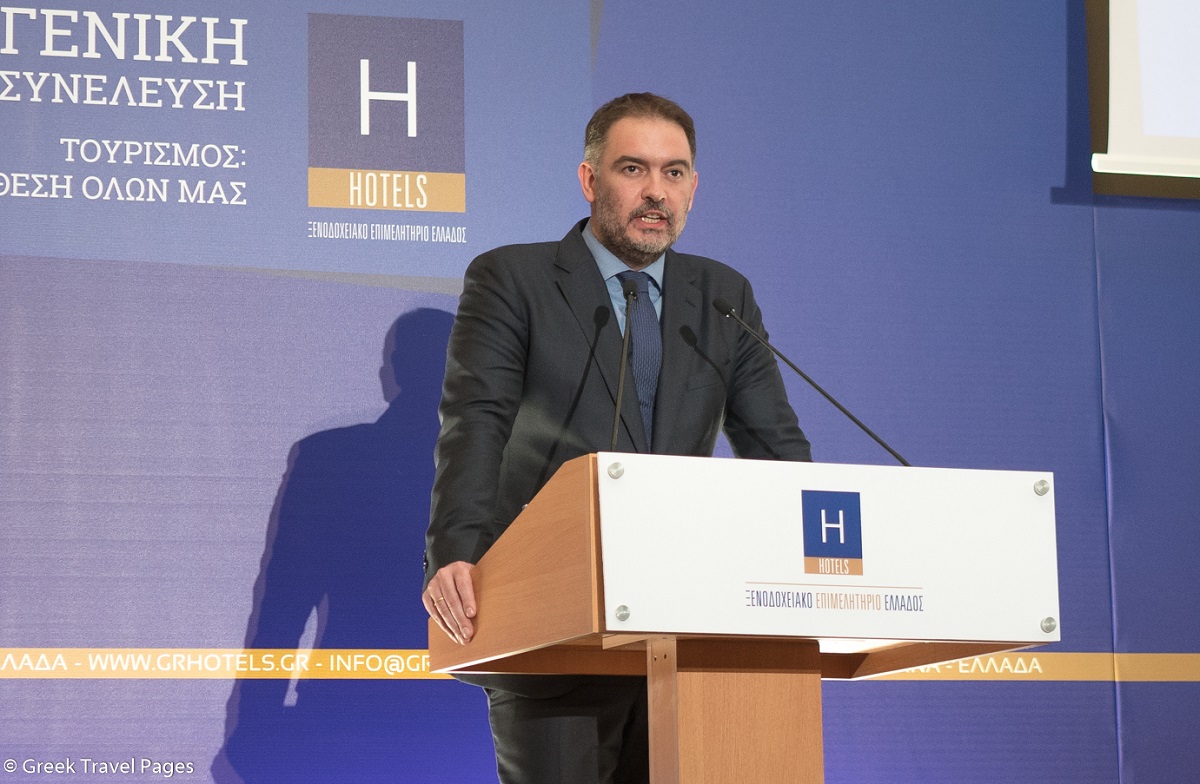 The President of the Hellenic Chamber of Hotels Alexandros Vassilikos. Photo: GTP

“Alexandros Vassilikos: Every destination needs to define its tourism identity.” 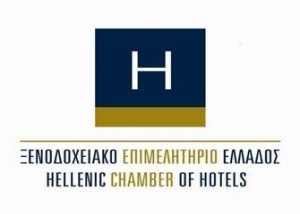 Greek tourism is set for another record year, as, according to the Ministry of Tourism, demand is now stronger than ever with overall travel figures showing a double-digit rise so far. However, the strong demand, combined with the recovery of competitive destinations in the Mediterranean, constitutes an even greater challenge for the Greek tourism industry.

To successfully address this challenge and continue to grow, Greece should set a strategy for each of its destinations and focus on thematic infrastructure, according to the President of the Hellenic Chamber of Hotels Alexandros Vassilikos.

Speaking to GTP Headlines, Vassilikos said thematic tourism could be the way for Greece to attract tourism all year round and create demand for even more destinations throughout the country.

GTP: As the new president of the Hellenic Chamber of Hotels (HCH), what priorities have you set for the development of the hospitality sector in the years to come?

Alexandros Vassilikos: Our priorities in the hospitality sector cannot be any different from the priorities we have set for the tourism industry in general. The HCH aims to provide the Greek government with an official advisory platform on tourism issues and help the tourism product evolve in the years to come. There are many issues we need to confront today that we have not dealt with over the past decades. Tourism infrastructure is our first priority and I am referring to thematic infrastructure and not primarily to hotels, airports, roads and ports. So, what kinds of investments do we need to make and in which areas? The Greek government must define the way investments should be implemented in Greece and set a tourism strategy for each destination. 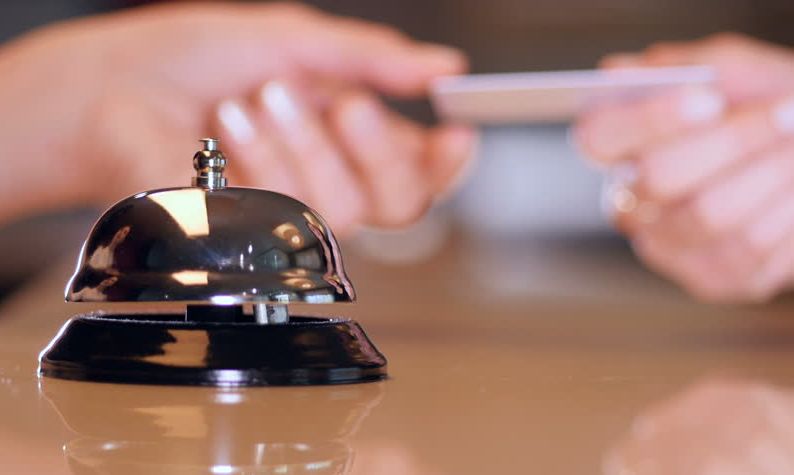 GTP: There has been a major increase of investments in the Greek tourism industry during the last few years, especially in the hospitality sector. However, there are currently many mega-investment projects on hold for various reasons, including bureaucracy. How can we confront the issue?

Alexandros Vassilikos: Indeed, we see hoteliers proceeding with investments every year, as renovation and refurbishment are very important for hotels. We have to bear in mind that hotels in Greece have 42 rooms on average. So, we are talking about small family-owned businesses, which I consider a very competitive advantage for the Greek hospitality industry. However, we need to make Greece more attractive to investors – Greek and foreign – and there are many things we can do towards that direction: First, as I mentioned earlier, we have to define the kinds of investments that we should proceed with today in order to extend tourism over a 12-month period. Last year Greece saw turnover – direct and indirect – reaching a record at 14 billion euros. A share of 70 percent was generated during the summer months. This is an issue we should also consider and work on. Furthermore, we should consider spreading this turnover geographically throughout Greece and not only to a few destinations.

GTP: Could thematic tourism be a way to achieve that? 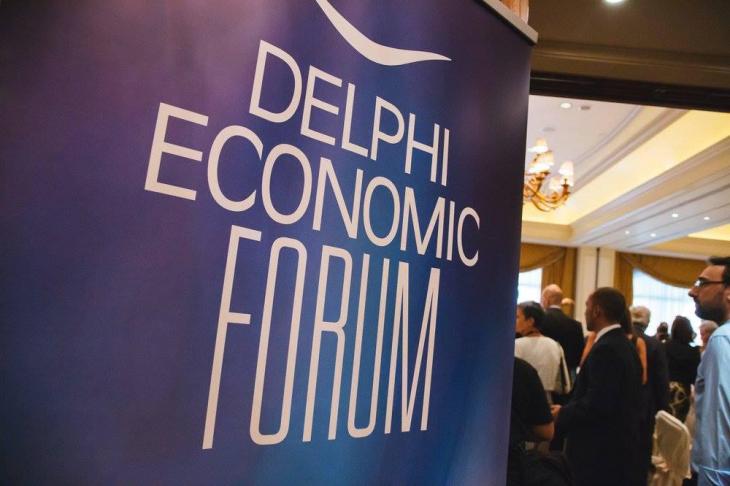 Alexandros Vassilikos: Definitely! Greece lacks in thematic tourism investments. However, we still have the opportunity to create a much better environment for local communities through thematic investments. For example Delphi is a small town hosting a major conference [the Delphi Economic Forum] for four days every year. Imagine what could happen if the region could host a significant event once or twice a month. This could transform Delphi into a complete different town. And this is why we insist on thematic investments, whether they include convention centers, golf courses or other tourism-related facilities. 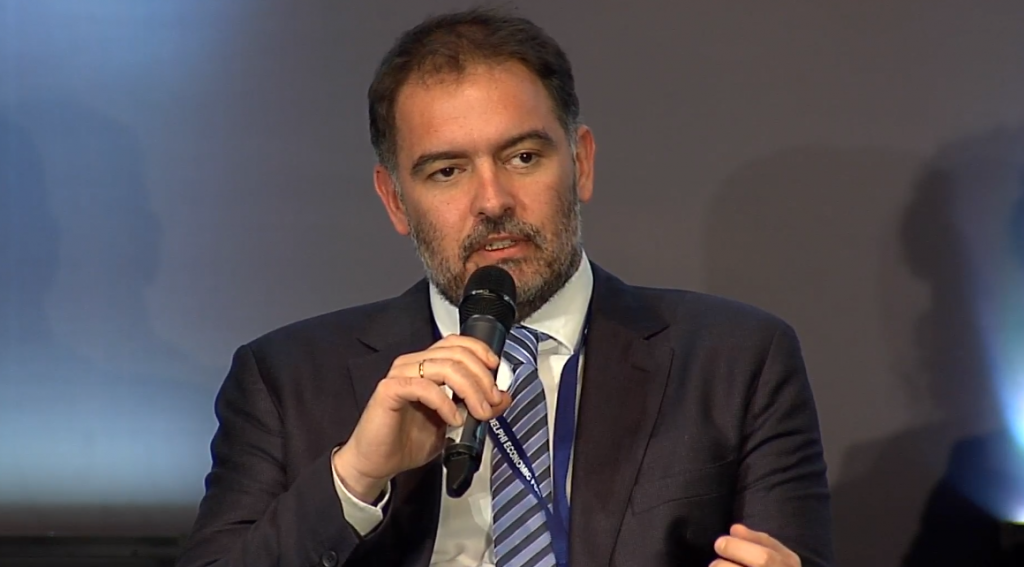 The President of the Hellenic Chamber of Hotels Alexandros Vassilikos participated in the Delphi Economic Forum (DEF), which was held in Delphi, central Greece, in March 2018. Photo Source: DEF 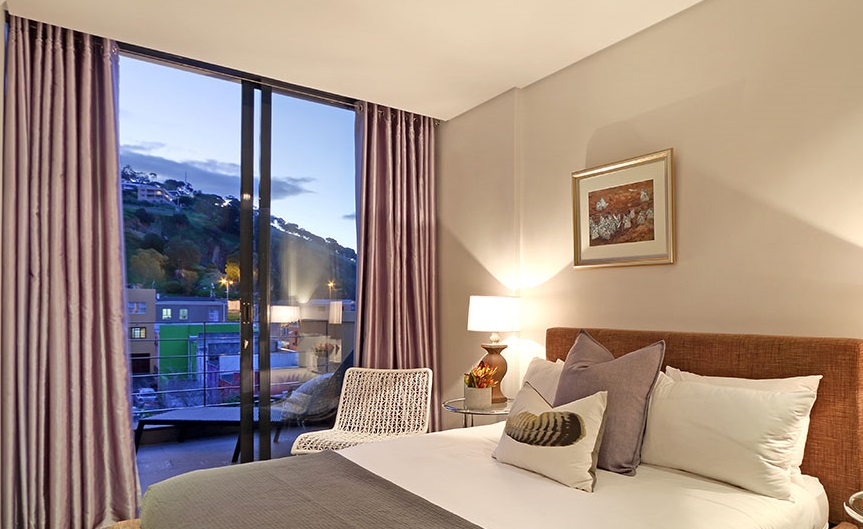 GTP: How has the “sharing economy” affected the Greek hospitality industry?

Alexadros Vassilikos: The sharing economy model is here to stay. As hoteliers, we have never opposed to sharing economy practices. It is a free market and everybody has the ability to invest or use his own house for sharing economy purposes – after all this is how the idea started. This new model has made hoteliers redefine their products. Of course, there is the issue of taxation of the airbnb-style rentals. I personally believe that due to the economic crisis in Greece, a person renting his house for a month should not pay taxes. We have to understand that the country has gone through very difficult times. On the other hand we should adopt a very different policy in the case of companies that own buildings and property and take advantage of the tax system, operating as hotel units but pretending to be sharing economy hospitality platforms. We must have a free but also a fair market.

GTP: Overtourism is a global phenomenon which, according to industry professionals, has also affected some destinations in Greece, including the island of Santorini. How can we confront the issue? 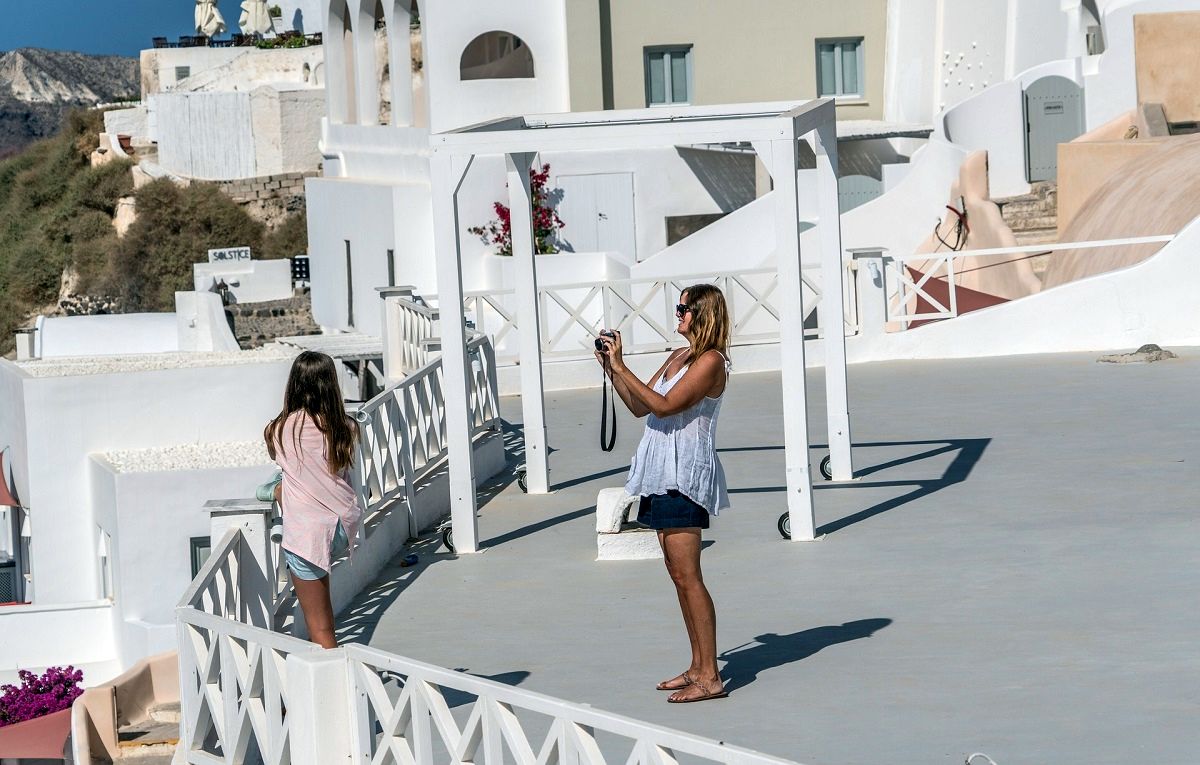 Alexadros Vassilikos: As I said, every destination has different features. For instance, my birthplace Limnos has different issues to resolve compared to Mykonos. You cannot apply one set of measures throughout the Aegean islands or Greece in general. Every destination needs to define its tourism identity. Obviously there are some destinations that must be protected and are in need of different kinds of investments. We have destinations that receive a large number of visitors compared to their size and infrastructure like Mykonos and Santorini, but still, we see that the two islands have completely different problems and need to apply completely different policies. Decision and policy makers in every destination should discuss and decide where they want to be in five years from now. We also have to involve the local community, as in many cases overtourism creates social problems. People who work on Santorini confront housing problems at the moment. And there is also the issue of the authenticity of the destination. Without locals the destination loses the element of authenticity. I strongly believe that the weaknesses we see today are also the opportunities of tomorrow.

GTP: How has the stayover tax affected the hotel sector so far?

Alexandros Vassilikos: We have had a few issues and we have contacted the Greek authorities in order to resolve them. Greek tourism is a sector with high tax rates if we compare it with other competitor countries. Anyone aware of economics can understand that if a product becomes more expensive, it will affect demand at some point. So, taxation in tourism is an issue, as we see other destinations in the Mediterranean returning, increasing their share and applying a very low taxation. This is something that will affect tourism negatively if we do not deal with it soon. 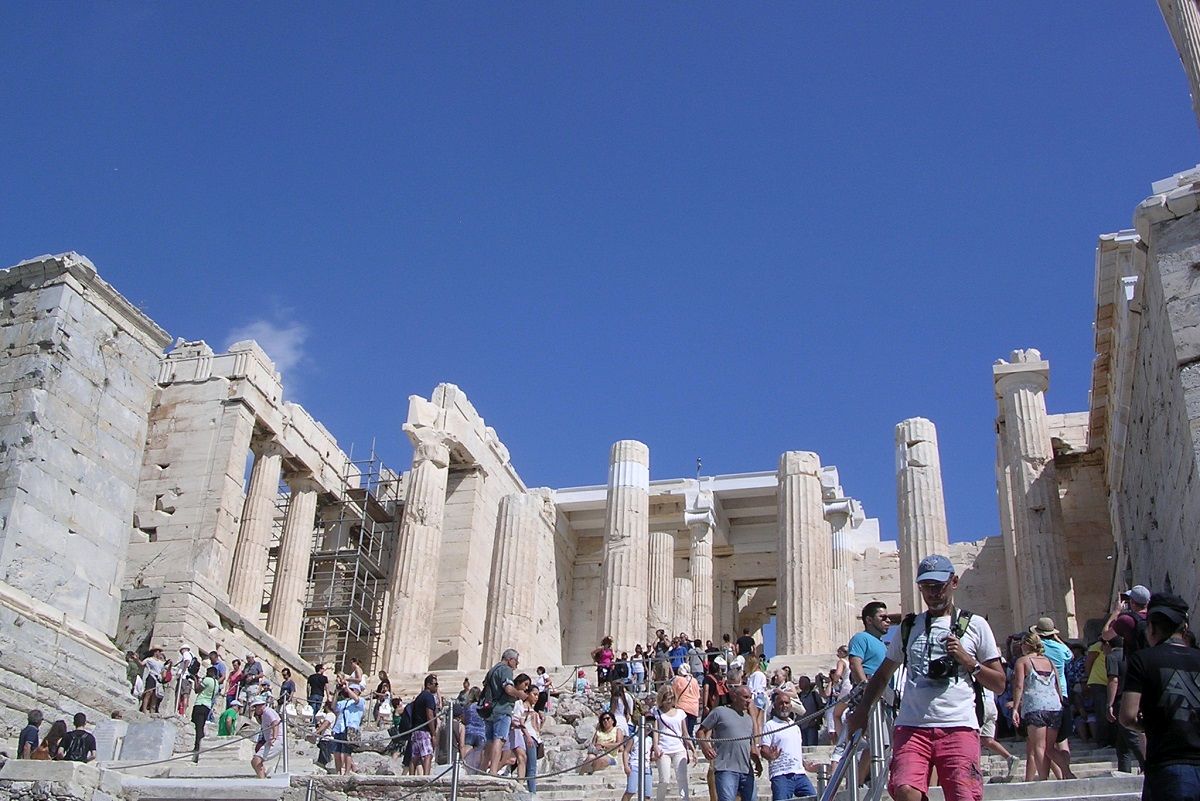 GTP: We are seeing tourist arrivals in Athens increasing during the last few years. As you are also the president of the Athens-Attica & Argosaronic Hotels Association, please inform us if you believe this trend will continue?

Alexandros Vassilikos: We should take a step back in time and see where we started from. In the 2008-2009 period the turnover of hotels in Athens dropped by nearly 60 percent. If we take 2014 as the starting point of the destination’s revival, we see that turnover was low with the potential to rise. Compared to our competitors we still have a long way to go, whether this concerns the prices – we are the cheapest European capital at the moment – or the infrastructure – we are a European capital without a metropolitan congress center. Bearing that in mind, it is a great success that we’ve managed to increase the number of business travelers to Athens.

GTP: What is your prediction for 2018 in terms of arrivals and revenue?

Alexandros Vassilikos: We do not have any negative signs regarding the arrivals to Greece and the revenue compared to 2017. We still have to look at the qualitative numbers to see if we are moving towards the right direction. For example, do we have more overnights, spending and new products? We also have to look into the demands of the travelers in order to evolve as a tourism destination.

Alexandros Vassilikos, also president of the Athens-Attica & Argosaronic Hotel Association (since 2012), was born in Athens in 1976. He studied Economics in Nantes and London. Vassilikos is the Chairman and CEO of AIROTEL Group of Hotels, which owns and manages six hotels in Athens, Patra and Kavala. He is also an economic consultant to the French Embassy in Athens.

‘Passion is Key in Hospitality’ – Interview with Ioannis Galanis, GM at Infinity Suites-Dana Villas on Santorini