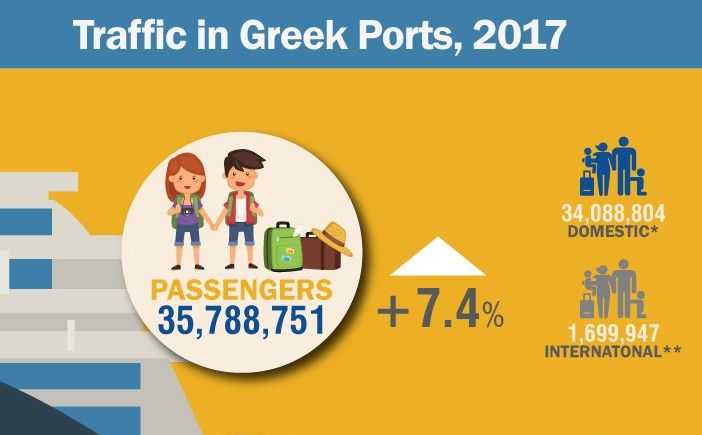 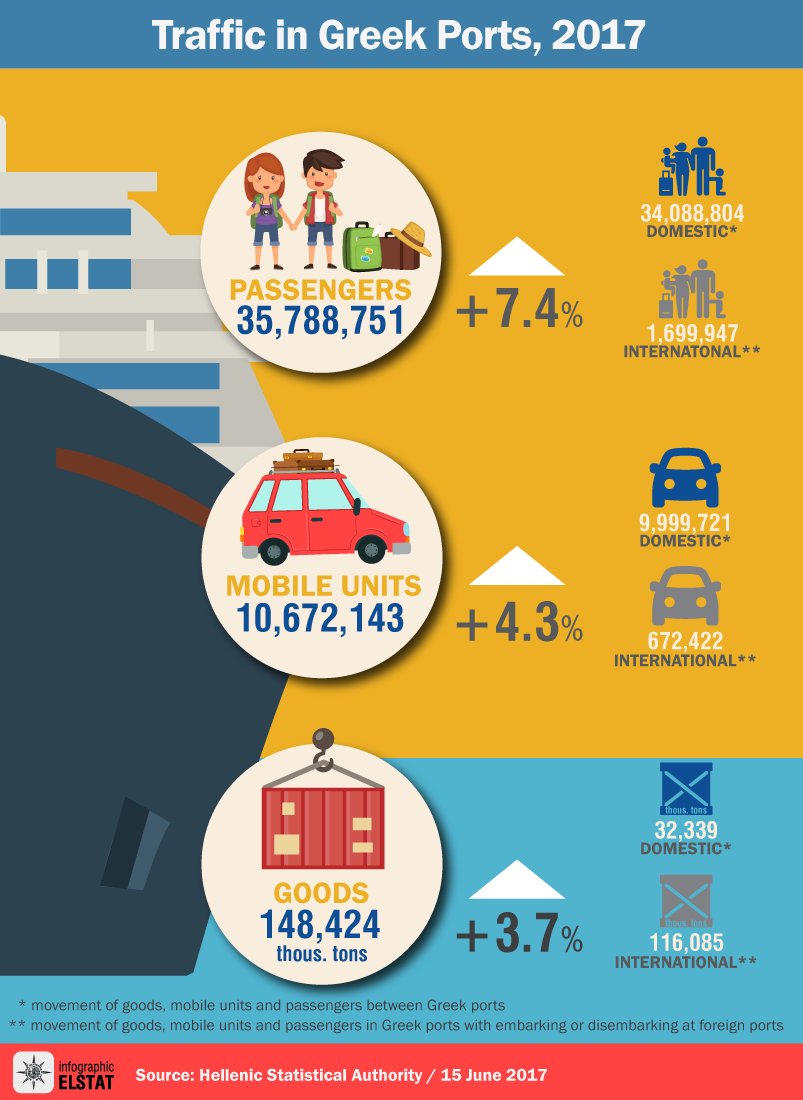 The total passenger traffic at Greek ports last year recorded an increase of 7.4 percent to some 35.78 million passengers, compared with 2016, according to data released on Friday by the Hellenic Statistical Authority (ELSTAT).

According to the data, out of the total passenger traffic at Greek ports, 1.699.947 passengers embarked or disembarked at foreign ports.

ELSTAT also said that Greek ports last year recorded the movements of some 10.67 million mobile units and the traffic of 148,424 tons of goods. 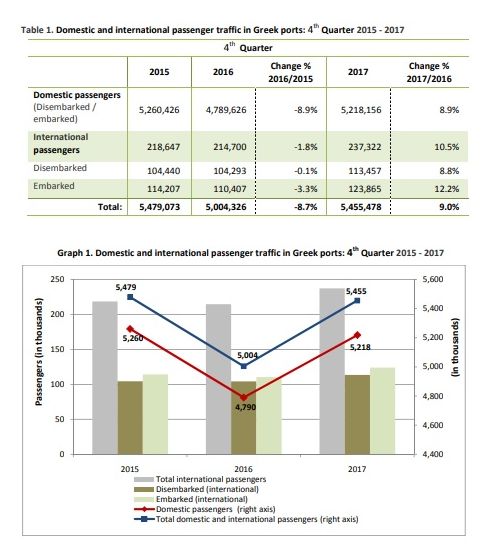 Moreover, the total movements of goods and the total traffic of mobile units in Greek ports during last year’s fourth quarter increased by 1.9 percent and 6.2 percent respectively, compared with the same period of 2016.