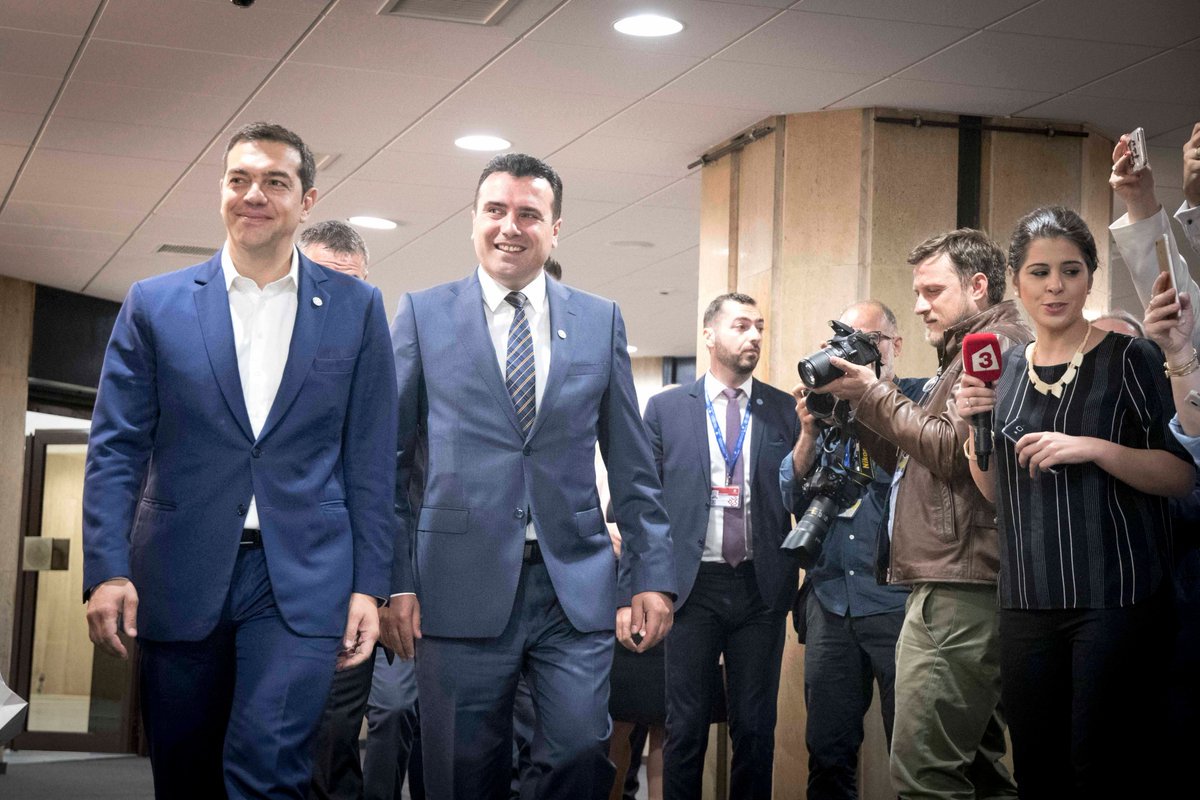 After 27 years of fiery debate, the tiny country of FYROM (Former Yugoslav Republic of Macedonia) has managed to get a name it has long wanted: the Republic of North Macedonia (Severna Macedonja), and the chance to finally enter the EU, after Greek Prime Minister Alexis Tsipras reached an agreement on Tuesday, with his counterpart in Skopje, Zoran Zaev, set to be signed on Saturday at Lake Prespa , on Greece’s border with Albania and Severna Macedonja.

The countries have been at loggerheads over the issue ever since FYROM declared its independence in 1991 after the breakup of Yugoslavia.

“There is no way back,” Zaev said in a press conference… Our bid in the compromise is a defined and precise name, the name that is honorable and geographically precise”.

On his part, Tsipras described the deal as “a good agreement that covers all of the conditions placed by the Greek side. We have a composite name with a geographic qualifier applicable everywhere, something that means that our neighbors assume the obligation to proceed with a constitutional revision”.

The agreement must now be ratified in parliament by both countries, with Skopje expected to hold a referendum on the issue.

The name issue has spurred strong reactions across Greece, where thousands of people took to the streets in the previous weeks protesting against the use of the word “Macedonia” in the proposed name as it is both an issue of national identity and history as Macedonia, in northern Greece, was home to Greek king Alexander the Great. Among the arguments posed by the Greek side over the decades-long dispute is Skopje’s potential claims to Macedonia and its history. Indicatively, Skopje has repeatedly erected statues of the Greek King Alexander at its airport and main squares in the past.

“We wholeheartedly congratulate prime ministers Alexis Tsipras and Zoran Zaev for their determination and leadership in reaching this historic agreement between their countries, which contributes to the transformation of the entire region of south-east Europe,” said EU Foreign Affairs Chief Federica Mogherini and EU Enlargement Commissioner Johannes Hahn in a joint statement.

“This achievement belongs to the leaders of the two countries and their teams, but first and foremost it belongs to all the citizens of both countries, and of Europe as a whole.”

“This agreement sets Skopje on its path to NATO membership, and it will help to consolidate peace and stability across the wider western Balkans,” said NATO secretary general, Jens Stoltenberg.

‘World Tourism Day 2018’ to Focus on Tourism and Technology