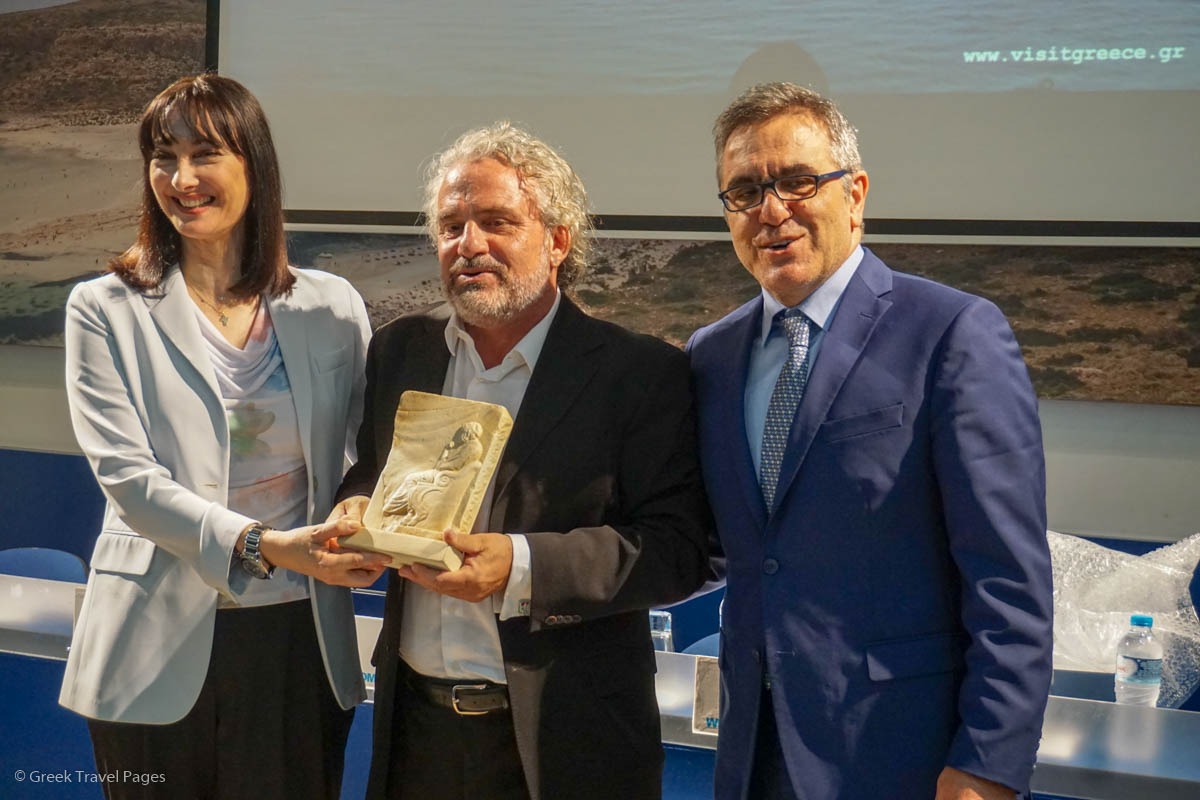 The video was created by the GNTO to promote Greece as a year round destination, as part of the tourism ministry’s strategy to extend the tourism season.

“This is a gift from us because you also gave a gift to Greece and tourism,” Minister Kountoura said while awarding the director during a recent press conference in Athens.

The “Greece – A 365-day Destination” video, which uniquely presents Greece and Greek tourism internationally, has already received six international distinctions in less than a year.

On his part, Kioukas, thanked the minister for the confidence she showed in him. “Together we found a vision and we traveled together… The video is a result of an amazing collaboration,” the director said.

Over the past ten months, the 3-minute and 38-second video “Greece – A 365-day Destination”, has won distinctions in film festivals of Bulgaria, Croatia, Berlin, Latvia and the US (International Film & Video Festival, California). The video was also voted by the UNWTO as the best tourism destination video in Europe for 2017.

The video’s main language is English and it has been translated into Arabic, Chinese, Russian, German, Italian, Spanish, and Serbian. It will be shown on long haul flights of several airlines.

Kioukas’ next project concerning Greek tourism will be a video based on the promotion of Greek fish and Greek silk. “These two business segments will follow in the footsteps of the 365-day video,” he said.