Shipping should be recognized as a “national asset” with significant economic and strategic benefits for the country, said Union of Greek Shipowners (UGS) President Theodore Veniamis during the opening of the biennial Posidonia 2018 maritime trade show at the Athens Metropolitan Expo on Monday. 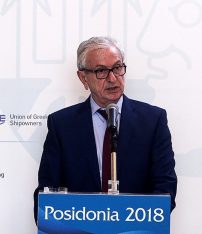 Addressing government officials, company executives, local authorities and international shipowners, Veniamis underlined the importance of the sector and its key contribution to the economy.

“The European Union is called upon to ensure that its shipping industry remains competitive and therefore sustainable. This can be achieved through strategic planning with measures that support the sector’s international characteristics, thus allowing for the broad benefits of this entrepreneurial and productive pillar of the EU’s economy to be harnessed,” he said.

Indicatively, Greek shipping services accounted for 9.14 billion euros in incoming exchange in 2017, according to the annual report released by the UGS, with Europe at the top of the list thanks to Greek shipping which also contributes indirectly to investment and employment.

According to the same report, Greek shipping remains at the top globally, with a fleet of 4,746 vessels and 365.45 million in capacity. New ship orders made by Greek interests are at 206 vessels at 24.47 million dwt. 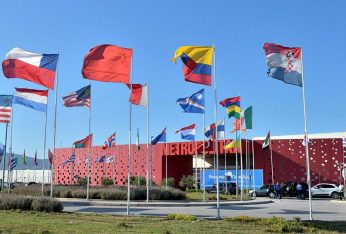 Posidonia this year marked its 50th anniversary  hosting over 2,000 exhibitors from 92 countries and hundreds of sector professionals. Greek Prime Minister Alexis Tsipras inaugurated the event which will run to June 8.

“I would also like to express my strong belief that the recognition of Greek shipping as a national asset, beyond political parties, with significant economic and strategic benefits for our country, is a true sign of political maturity and responsibility on behalf of our nation and the Greek state. It is also a testament to the sincere desire of Greek shipowners to maintain their close ties with their homeland and to help revitalize the seamanship of our nation,” Veniamis concluded.