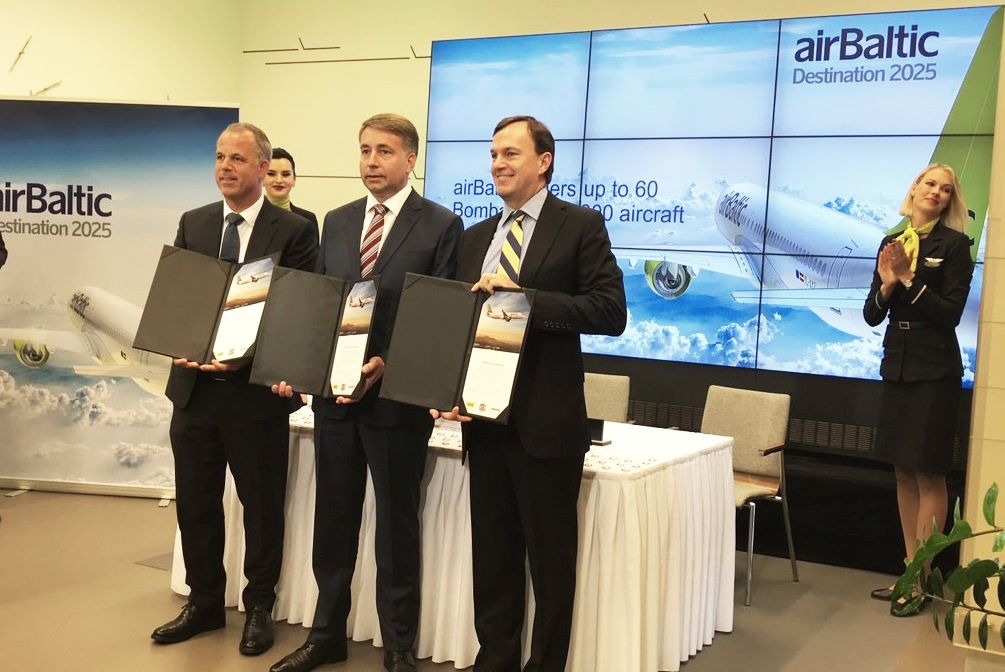 Latvian airline airBaltic has signed an agreement with Bombardier Commercial Aircraft for the purchase of 30 CS300 aircraft, with options for an additional 30 aircraft of the same type.

According to an announcement, based on the list price of the CS300 aircraft, the firm order is valued at approximately US$ 2.9 billion. This amount would increase to nearly US$5.9 billion should all 30 purchase rights be exercised. 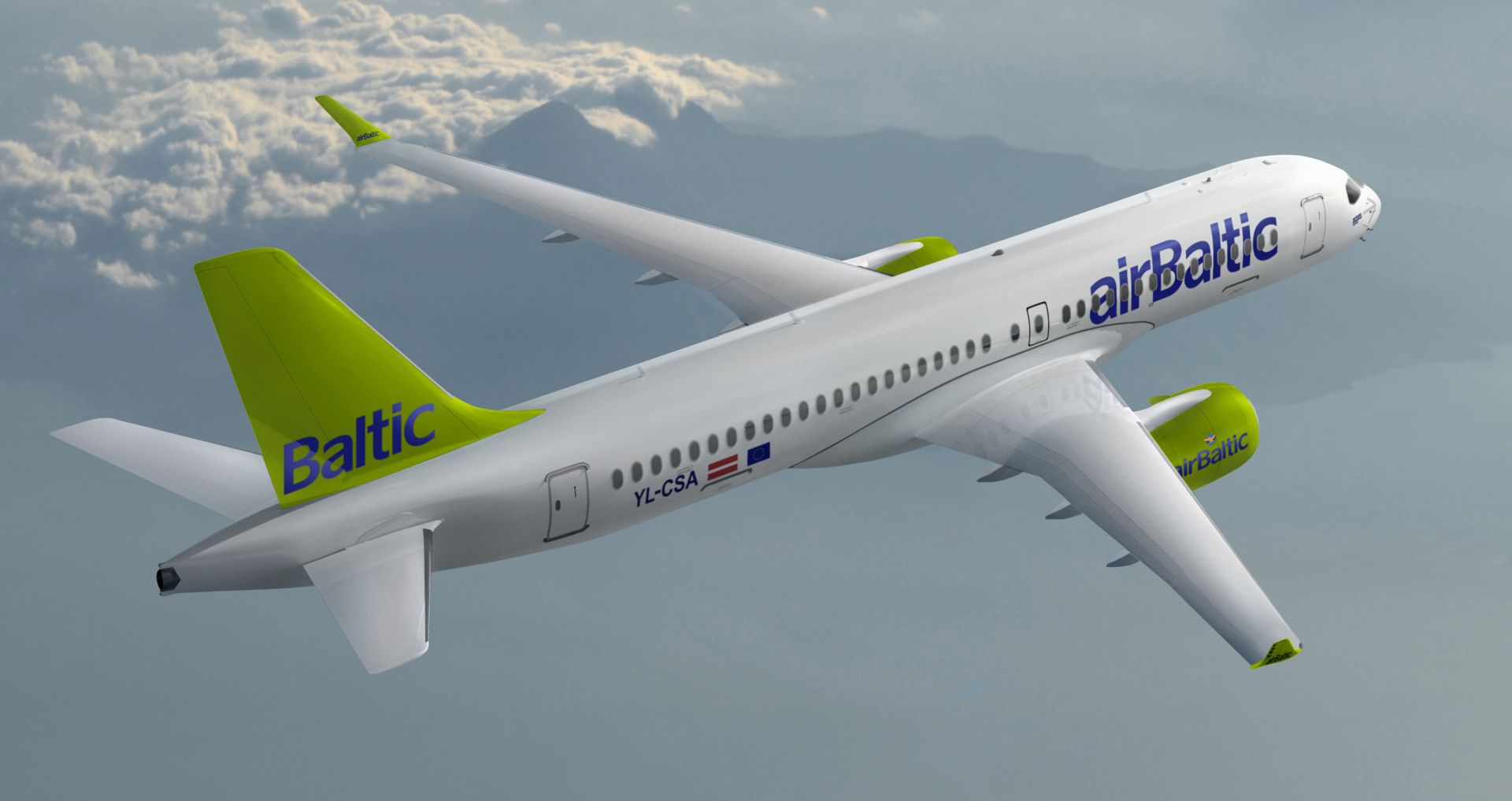 This order complements the existing order of 20 CS300 aircraft and forms the backbone of the new airBaltic’s business plan Destination 2025 that builds on the successful progress of the current airline’s business plan Horizon 2021.

“In 2017, we experienced outstanding growth… We successfully executed our fleet modernization strategy, and are excited to further grow our fleet up to 80 CS300 aircraft,” said Martin Gauss, Chief Executive Officer of airBaltic.

Currently the airline is operating revenue service with eight CS300 aircraft, and is expected to take delivery of 12 more by 2019.

“This significant reorder from our CS300 launch operator is a strong testimony to the aircraft’s exceptional in-service performance,” said Fred Cromer, President of Bombardier Commercial Aircraft. 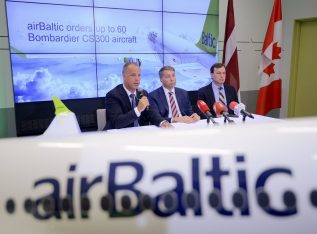 AirBaltic’s Destination 2025 business plan also relies on expansion of routes from all three Baltic countries – Latvia, Estonia and Lithuania. The strategy also foresees that airBaltic will achieve a significant increase in passenger numbers and its revenue by 2025.

The carrier currently serves over 70 routes from Riga, Tallinn and Vilnius, also offering convenient connections via Riga to its network spanning Europe, Scandinavia, the CIS and the Middle East. For summer 2018, airBaltic has introduced eight new destinations from Riga to Malaga, Lisbon, Split, Bordeaux, Gdansk, Almaty as well as Sochi and Kaliningrad. In addition, airBaltic has launched a new direct route connecting Tallinn and London.