Greece’s largest port in Piraeus is in the top seven of Europe’s container ports and among the world’s fastest growing, according to online shipping insight platform PortEconomics.

The port holds the 7th spot among 20 in terms of container handling and is ranked 38th worldwide, considered by analysts as one of the world’s fastest growing ports.

The findings are backed by Lloyd’s List data, which saw the port of Piraeus move up six positions in the Global Ports Top 100 ranking of commercial ports last year, compared to 44th spot in 2016. 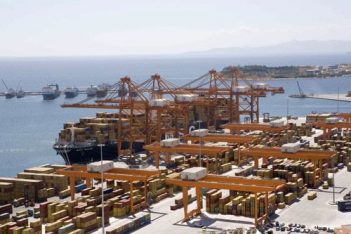 The port is expected to gain even more ground in 2018, thanks to three major global shipping alliances and ahead of the completion of major upgrade works in early 2019, set to boost total cargo capacity to 7.2 million TEUs.

Meanwhile, the Piraeus Port Authority (PPA), managed by Chinese shipping giant COSCO, recorded a 92 percent increase in pre-tax profits in 2017. At the same time, the company is aiming to further increase container traffic and transform Piraeus into a transhipment hub for trade between Asia and Eastern Europe.