SETE’s campaign runs under the slogan: “Tourism: Value for All”.

The value of tourism in terms of employment, growth, revenue and social cohesion takes center stage in the Greek Tourism Confederation’s (SETE) new digital campaign launched this week on www.axiagiaolous.gr

Running under the slogan: “Tourism: Value for All”, the idea behind the ambitious social media drive is to highlight the far-reaching impact of tourism on all aspects of society and across all sectors.

Under the tag  #kiomos – which means “yes, indeed” in Greek – the campaign introduces 12 real-life professionals active directly or indirectly in tourism, including a chef, a mechanic, a fisherman, a producer, a theater clerk, a salesperson, a butcher, a hat designer, a florist, an enologist, a programmer and a truck driver, who explain how their profession is linked to tourism and the benefits.

“Tourism is a main pillar of our national economy. The value it produces is spread across all of Greek society. It creates new jobs, strengthens regional development, spurs business, empowers local communities,” said SETE President Yiannis Retsos, adding that ”SETE is aiming through the campaign to capture this very valuable dimension in the most direct way: the value that tourism generates concerns us all.”

Αccording to a recent study released by SETE, the direct contribution of tourism to GDP amounted to 18.3 billion euros in 2017. Tourism also contributed directly to the country’s GDP by 10.3 percent. Including its indirect contribution to GDP, the number rises 22.6 – 27.3 percent. 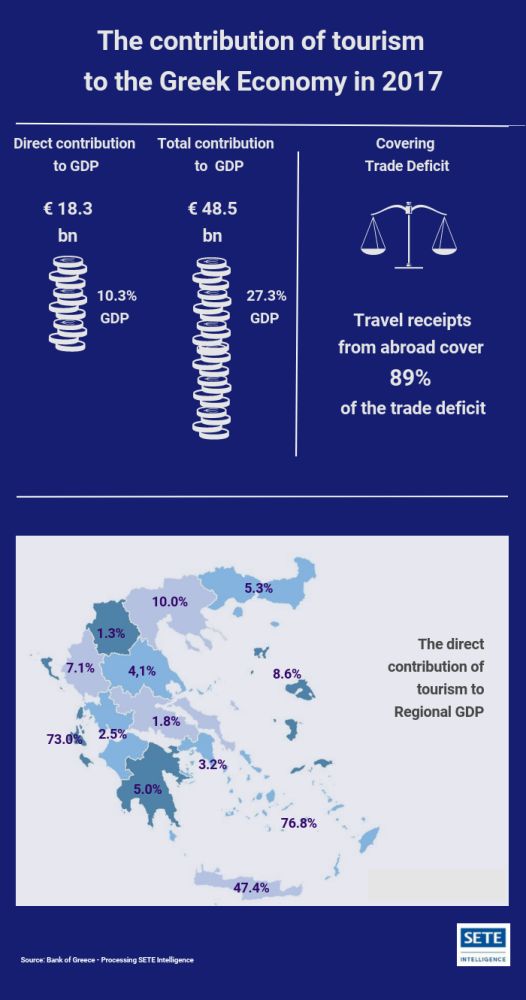