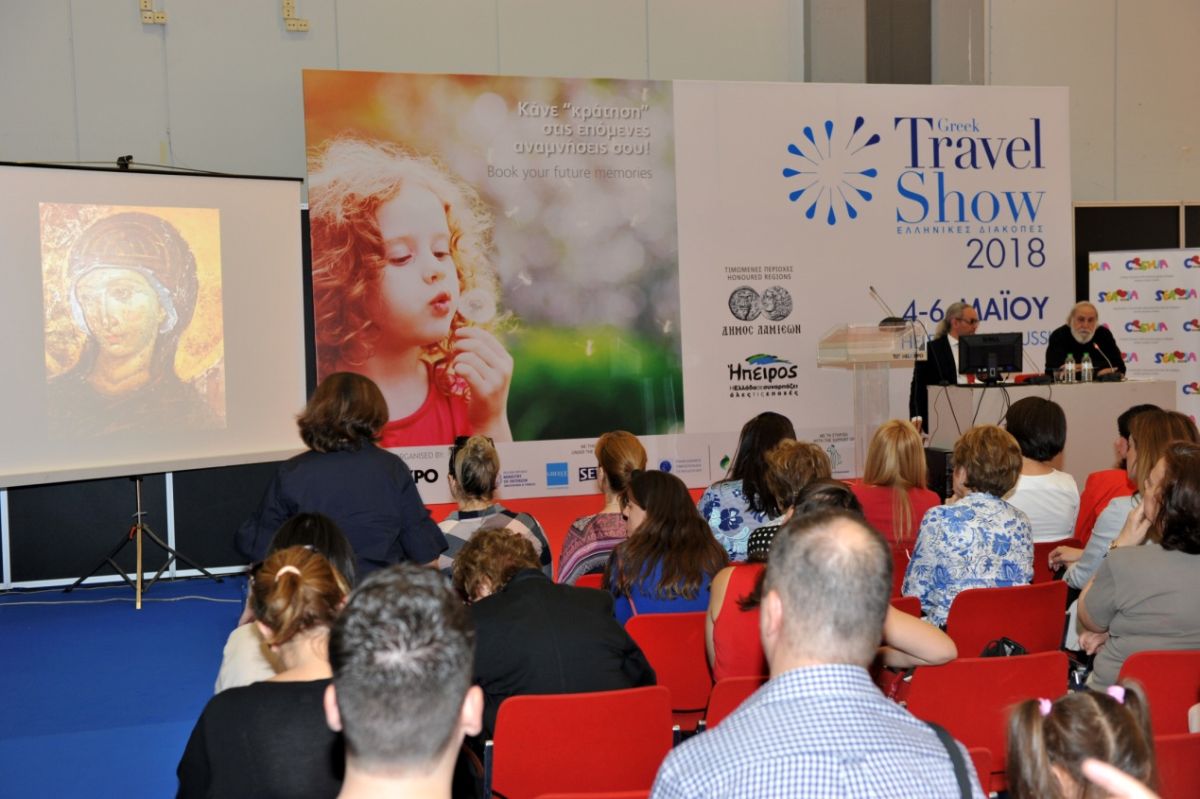 Father Stamatis (Skliris) spoke about the Serbian Byzantine iconography, during the event of the National Tourism Organization of Serbia.

Serbia and its tourism offerings with special emphasis on religious travel were presented during a special event at this year’s 2nd Greek Travel Show, which took place at the Helexpo Maroussi conference center in Athens earlier this month. 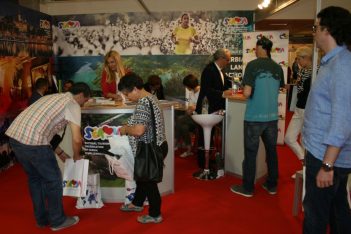 The stand of the National Tourism Organization of Serbia at the 2nd Greek Travel Show.

Organized by the National Tourism Organization of Serbia, the event was attended by sector professionals, academics, company executives as well as government officials. The National Tourism Organization of Serbia was represented by Tamara Raskovic, responsible for the Greek market, and Natasa Drulovic. The Embassy of Serbia in Greece was represented by Milan Vukosavljevic and Nemanja Dikovic.

The event featured Father Stamatis Skliris, who studied among others art history and completed his post-graduate in theology in Belgrade. Also an École des Beaux Arts graduate, Father Stamatis spoke about the connection between Greece and Serbia with particular focus on Byzantine iconography.

Other participants in the event included co-owner of Theotokis Travel Congresses and manager of religious tourism project “Saints Meetings”, George Ν. Iordanidis. Also a historical theologian, Iordanidis noted that despite Serbia’s proximity to Greece, it remains a relatively undiscovered destination with a great wealth of sites and monuments. 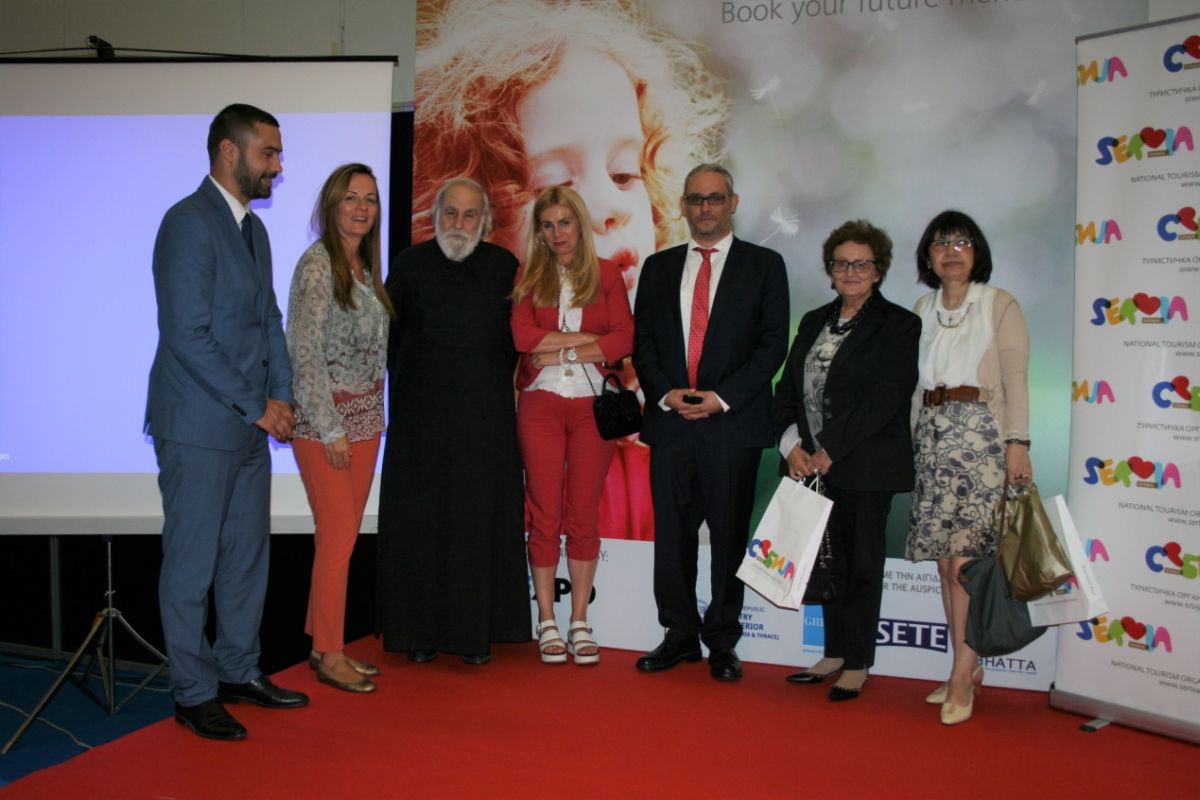 Nemanja Dikovic representative of the Embassy of the Republic of Serbia in Greece; Tamara Raskovic, responsible for the Greek market at NTO of Serbia; Father Stamatis; Natasa Drulovic from NTO of Serbia; George N. Iordanidis and Georgia Iordanidou, owners of Theotokis Travel Congresses; and economist Niki Dimitrakopoulou Skoundri.

The event went on to focus on the sites of particular interest in Serbia, which include its monasteries – many of which are UNESCO World Cultural Heritage sites – that also serve as “museums” showcasing some of the finest works of Byzantine art.

Organized by Greece’s national exhibition body TIF-Helexpo, the Greek Travel Show was held during May 4-6 at the Helexpo-Marousi Exhibition and Conference Center in Athens and aimed at providing Greek travelers with information on the available summer tourism packages and offers.