AHEPA to Hold 2021 Convention in Greece 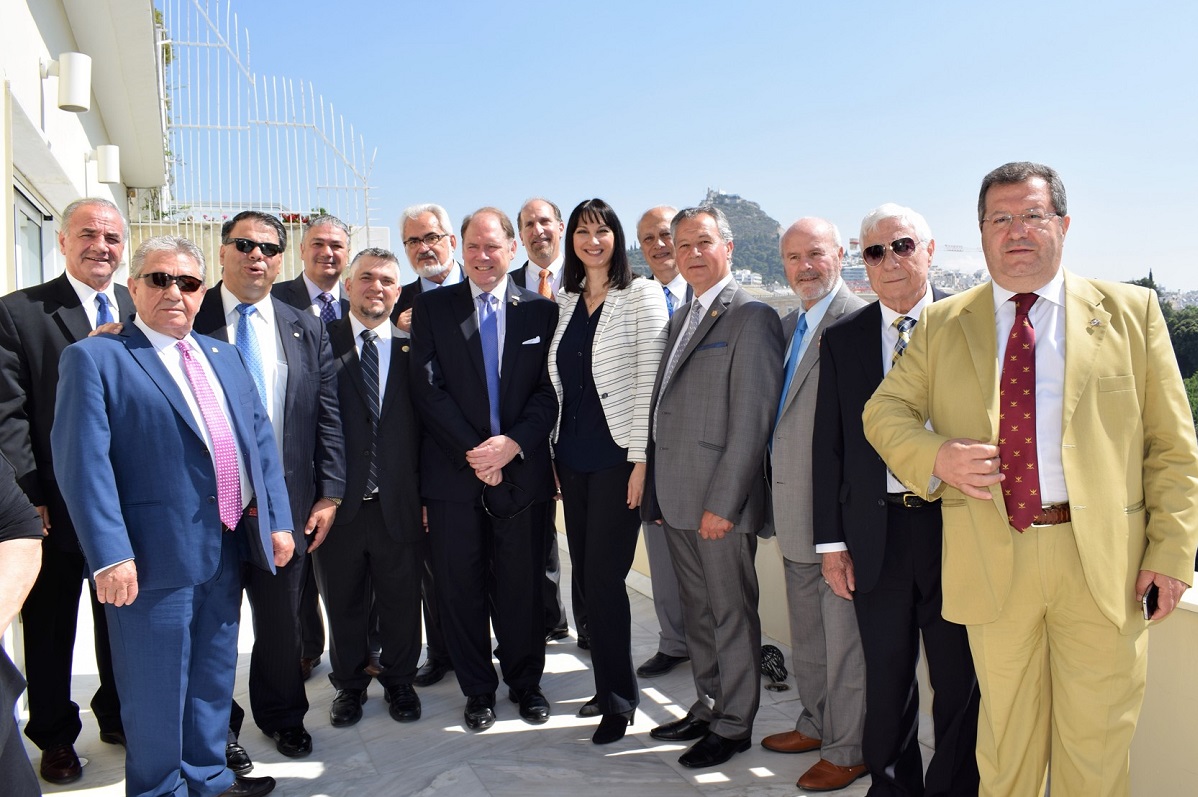 In efforts to promote Greece and its tourism offerings, the American Hellenic Educational Progressive Association (AHEPA) will hold its 2021 Family Supreme Convention in Greece.

The announcement follows a memorandum of understanding signed between the association and the Greek Tourism Ministry. A delegation, headed by AHEPA Supreme President Carl Hollister, recently met with Greek Tourism Minister Elena Kountoura in Athens and discussed details involving the convention.

Founded in 1922, in Atlanta, Georgia, AHEPA is one of the oldest American-based, Greek heritage grassroots membership organizations.  The AHEPA Family Supreme Convention is a multi-day event, which includes business meetings, sports and cultural events among others, aiming to bring Greeks in America closer to their Hellenic Heritage.

During the meeting in Athens, Carl Hollister thanked Kountoura for her contribution in bringing the convention to Greece. As he said, the 2021 convention will coincide with the 200th anniversary since the Greek Revolution and is expected to bring a large number of participants and attendees to Greece. Furthermore, a number of promotional activities will be held ahead of the convention, which will also benefit Greece as a tourism destination.

During the meeting Kountoura also referred to the ministry’s close collaboration with AHEPA and expressed her support for a successful convention in 2021.

Moreover, Hollister invited Kountoura to participate in the 2018 Family Supreme Convention, which will take place between July 22-28, in Atlantic City, New Jersey.

The convention’s week-long schedule, includes much more than business meetings. In past conventions there have been casino nights, “koulourakia” bake-offs, lectures, book signings, golf, basketball and softball tournaments, comedy nights and dancing.