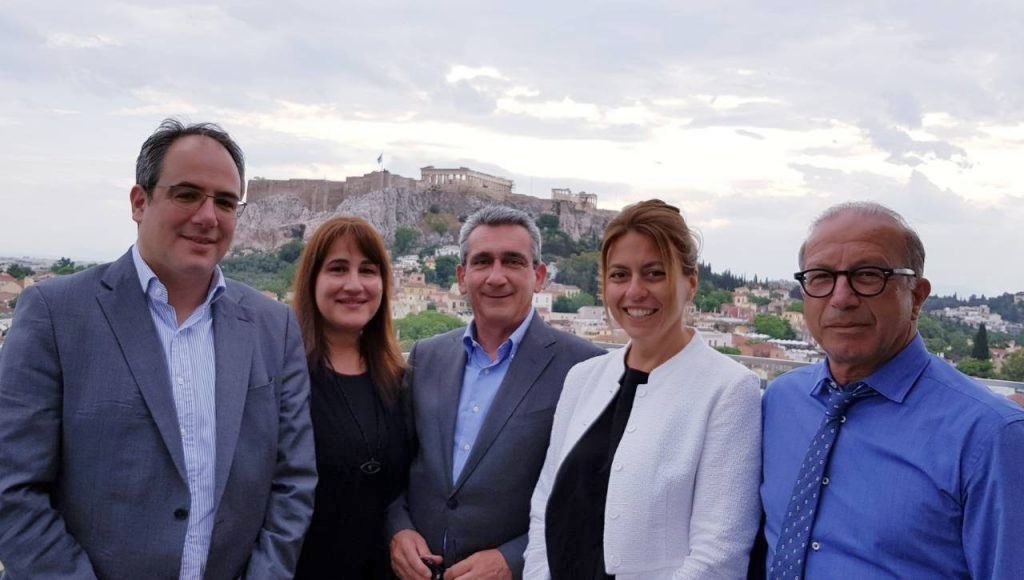 The Region of South Aegean has announced that it is working together with Fraport Greece aiming to attract new air connections to the international airports of Rhodes, Kos, Santorini and Mykonos.

The four regional airports are among the 14 on the Greek mainland and popular holiday islands for which Fraport has signed a 40-year concession for their management, operation and development.

On Friday, representatives from Fraport Greece attended a meeting in Athens with officials from the Region of South Aegean, headed by Governor George Hadjimarkos.

The aim of the meeting was to form the framework of cooperation in order for the South Aegean to receive the widest possible exposure when Fraport Greece presents the Greek airports to tour operators and airlines abroad.

According to an announcement by the Region of South Aegean, the departments of Fraport’s Commercial Development and the South Aegean’s Tourism Directorate will cooperate on specific actions to attract flights from target markets.

“With professionalism and responsibility, we are working towards strengthening and expanding the tourist flow towards our islands, building bridges and working with those who can contribute drastically, in order to offer prosperity to the societies of our islands,” Governor Hatzimarkos said in the announcement.

International Museum Day 2018: Free Admission to Greek Museums on May 18