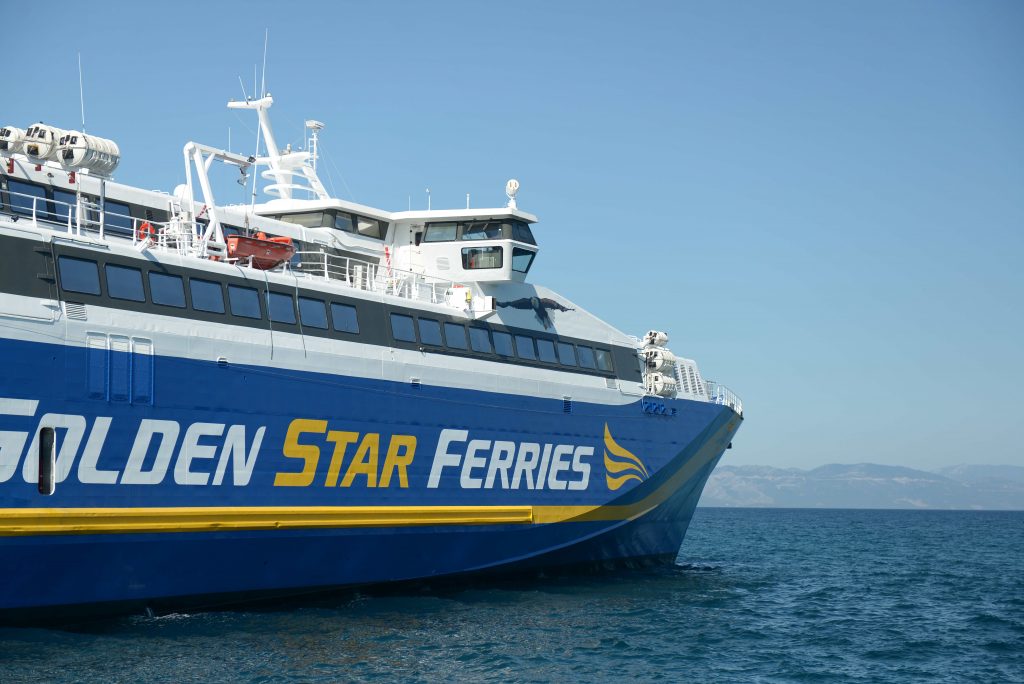 Golden Star Ferries will soon begin servicing the Cyclades islands from Piraeus with its two new high-speed vessels after getting the approval of the Coastal Transportation Council (SAS).

In the meantime, rival Minoan Lines’ request to operate the Piraeus – Syros – Mykonos – Naxos route with its Mykonos Pallas was rejected due to competition considerations with the SAS saying it will re-examine the company’s request in June, following a ruling by Hellenic Competition Commission.

Golden Star’s ferries will run the said routes from Piraeus after 10am as demanded by other rival ferry operators. In the meantime, the ferry operator also carries runs the Andros – Tinos – Mykonos – Paros – Naxos – Ios – Santorini – Heraklio route from the port of Rafina with its Superferry, Superferry II and SuperRunner.

Seajets, meanwhile, said it will take the case to the country’s highest court, saying the route licensing is illegal and overdue.

Minoan Lines’ request to handle the Cyclades has been repeatedly rejected by the committee causing a stir.