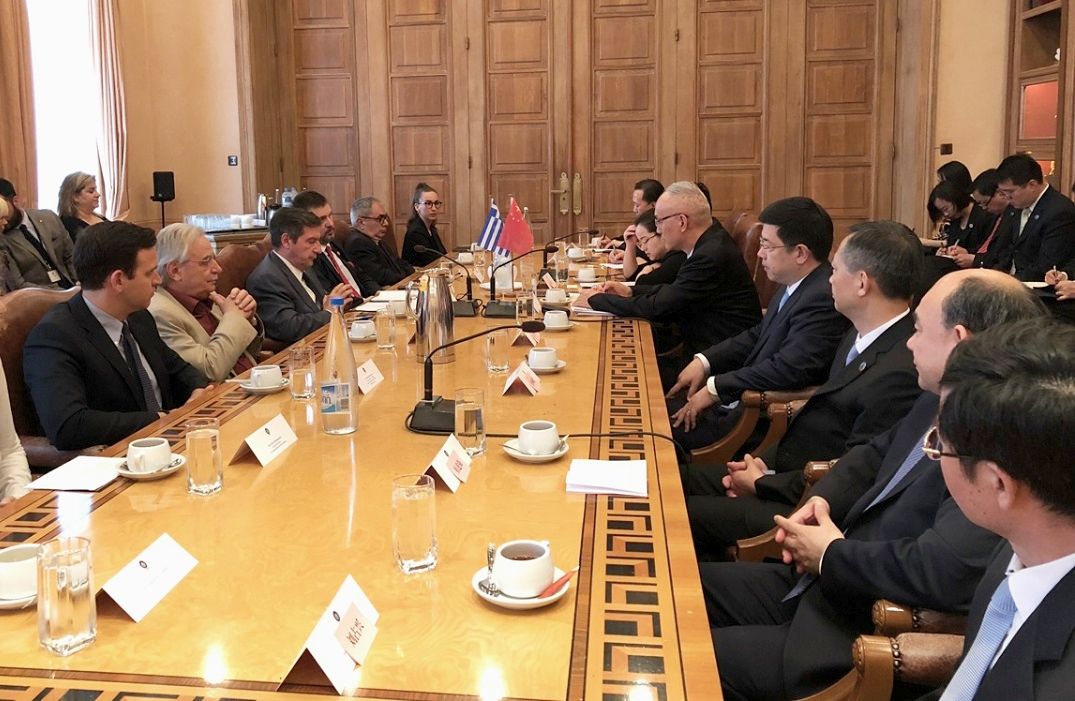 The cities of Athens and Beijing have agreed to work together in the areas of tourism, culture and education after a meeting this week at City Hall between Athens Mayor Giorgos Kaminis and Communist Party Secretary of Beijing Cai Qi.

During the working meeting, the two men discussed ways to promote the  two cities, share knowhow and insight on issues of common interest and plan actions in this direction.

Qi said the meeting was “very important as it opens up new ways of cooperation between the two cities”, underlining that Kaminis has played a crucial role in promoting stronger ties between Athens and Beijing, adding that the time has come to move to the level of action.

This week’s meeting was a third in the municipality’s ongoing efforts to secure a strategic partnership with Beijing. The mayor of Athens had initially visited the Chinese city accompanied by a team of Greek entrepreneurs in 2013, and later signed an agreement on economic and cultural exchange.

“We are now ready to take bigger steps forward with concrete partnerships that will be part of the ‘One Belt and One Road Initiative’,” said Kaminis, adding that the Athens Tourism Partnership  will serve as a useful tool in this direction.

The two men agreed to mutually promote their respective cities as tourist destinations. The meeting concluded with the signing of a Memorandum of Understanding between the  Athens Development & Destination Management Agency (EATA) and the Beijing Municipal Bureau of Radio and Television for the promotion of film and television in both regions.