The Greek National Tourism Organization’s (GNTO) video “Greece – A 365-day Destination” recently added two more honors to the collection of awards it has received during the last year, this time coming from its participation in tourism film festivals in Latvia and Bulgaria.

According to an announcement, the video received the Gold Award in the Promotional Film category at the International Tour Film Festival, which was recently held in Veliko Tarnovo, Bulgaria. 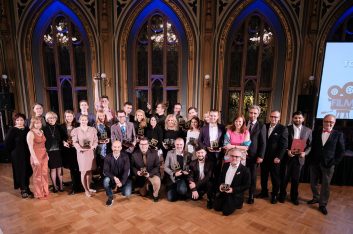 Furthermore, it received the Silver Award in the 11th International Tourism Film Festival “Tourfilm Riga 2018”, in the Tourism Destination Country category among 220 participants. The event was held on April 27, in Riga, Latvia.

GNTO’s video, directed by Antonis Theocharis Kioukas, aims to promote Greece as a year round destination, as part of the Tourism Ministry’s strategy to extend the tourism season.

Representing Greek Tourism Minister Elena Kountoura and GNTO Secretary General Konstantinos Tsegas, Antonis Kioukas traveled to Latvia to receive the award. During the award ceremony he called on all participants and attendees to visit Greece during all seasons.

Thus far the video has been honored with a total of five international awards: It received the “Best Video in Europe” award at the UNWTO Tourism Video Competition 2017, which was held in  Chengdu, China; and the Special Award at the 6th Zagreb Tourfilm Festival among 48 candidate films in the category “Promotional Film up to 7 minutes”.

Furthermore, the video came second in the world (Second Star award) and first in Europe at the 17th International Tourism Film and Multimedia competition “The Golden Citygate”, which was held during the ITB Berlin 2018 trade show in Germany.