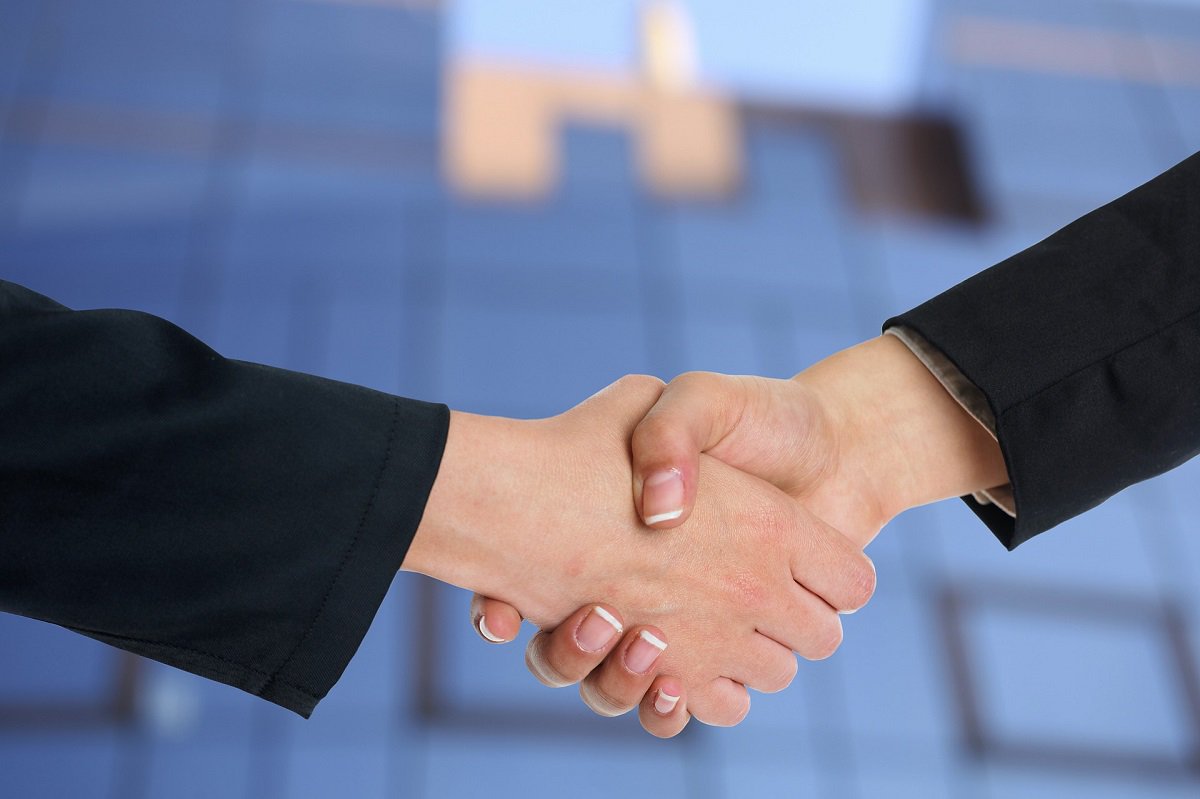 It hasn’t been as busy a year as anticipated for Greece, with the number of mergers and acquisitions (M&As) marginally down in 2017 but recording an increase in estimated value compared to the previous year, according to Ernst & Young’s (EY) M&A Barometer 2017: Central and Southeast Europe. 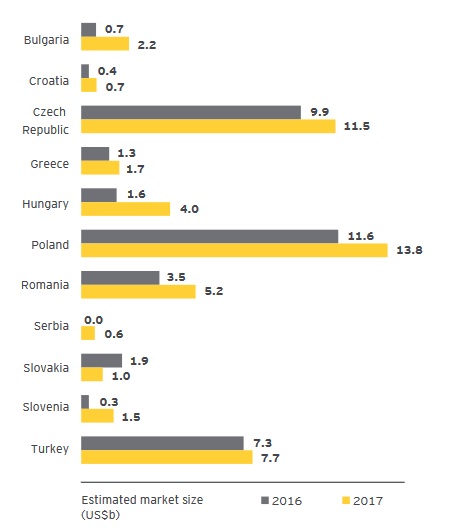 Greece’s outbound M&A volumes came to 10 percent, the third lowest in the region, followed by Romania at 3 percent and Hungary at 9 percent. Among foreign investors, the US, the UK and Cyprus had the strongest presence, with three deals each. The industry with the strongest M&A activity in Greece was IT. 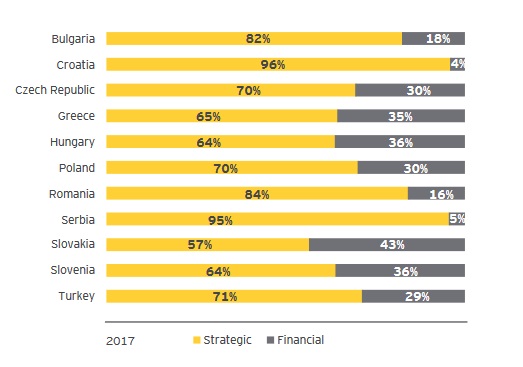 In the meantime, participation of financial investors in agreements concluded in Greece came to 35 percent, the fourth highest percentage in Central and Southeastern Europe (CSE), while 65 percent of the deals were made by strategic investors. 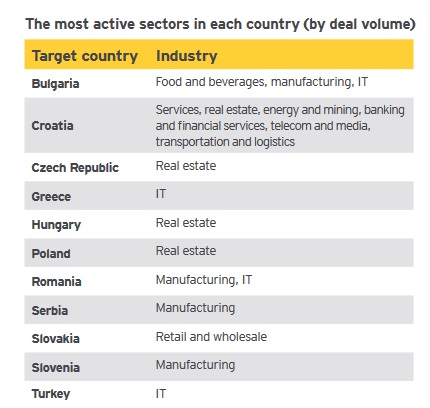 Of the agreements, 32 percent were concluded locally, 58 percent by foreign investors, and three transactions, or 10 percent were made abroad by Greek interests.

According to the report, based on the number of M&As in the region in 2016, the greatest activity was recorded in real estate, manufacturing and IT.

In terms of the average value of agreements, the strongest activity was in energy and mining, transport and logistics, and retail and wholesale trade.

“The increase in the value of M&A in Greece, is a very positive development, especially considering the slight decline in number. In absolute terms, however, activity in our country remains anemic. M&As and in particular foreign investment are key issues for Greece. Establishing a climate of confidence and an investment-friendly environment as well as improving Greece’s attractiveness must be a top priority,” said Tassos Iossiphides, Partner, Head of Transaction Advisory Services, Valuation & Business Modelling Leader CSE at EY.