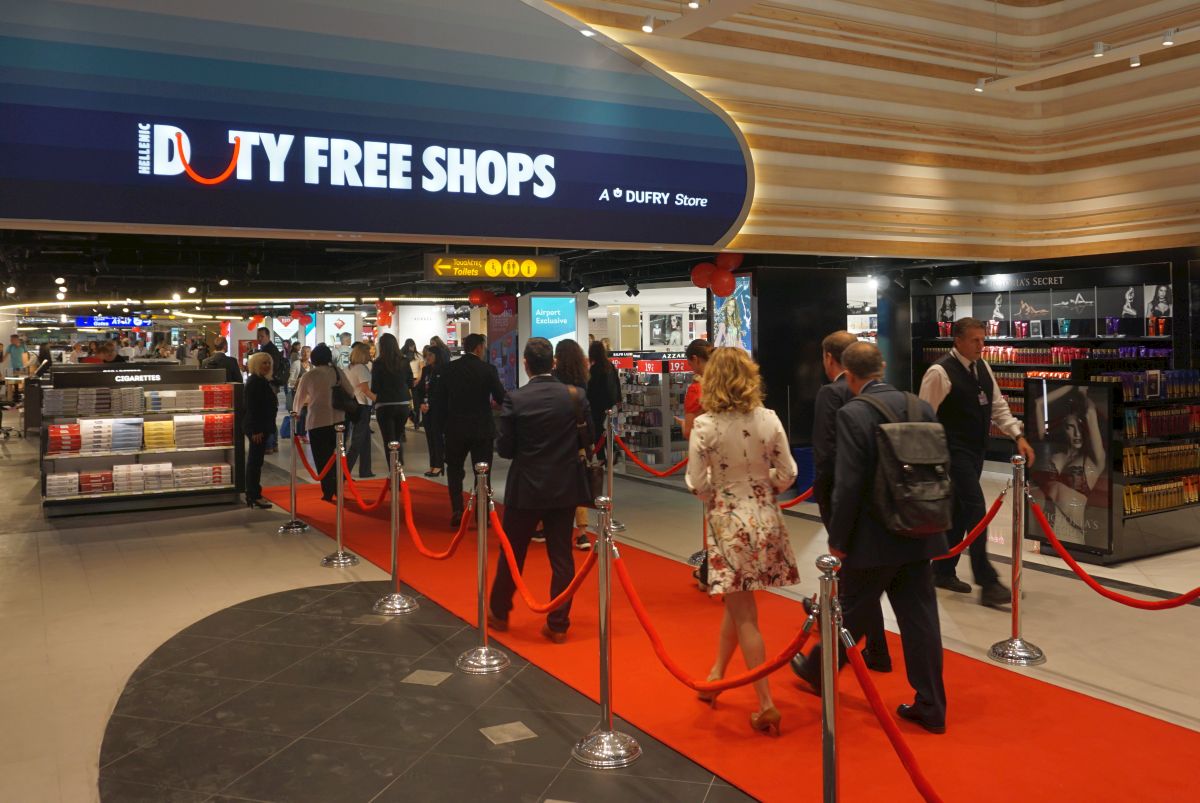 Heraklion International Airport “Nikos Kazantzakis” on Crete on Monday inaugurated its new Duty Free shopping area, following extensive renovations to the airport, which added up to a total of 13 million euros, an investment made by Hellenic Duty Free Shops. The project included an expansion of the airport by 2,895 square meters and a full refurbishment to an already existing space of 8,000 square meters. 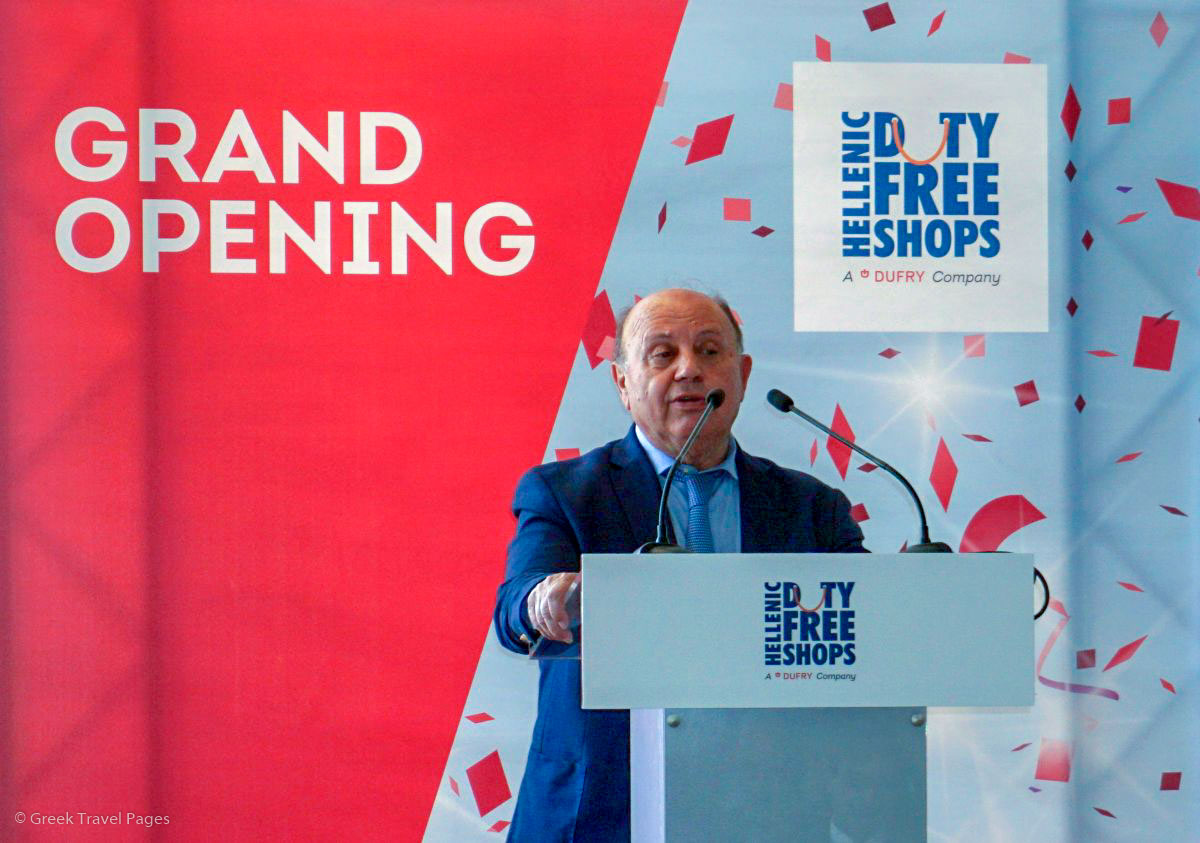 “In 2017, Heraklion’s airport was voted as the worst in the world… Now, we are in an area that is the best expression of European Greece. In an area where cleanliness, respect, smile, class, courtesy and elegance co-exist,” Hellenic Duty Free Shops Managing Director George Velentzas said during the opening ceremony of the duty free market.

For years, the airport of Heraklion has been criticized mainly for its size due to massive crowds and long lines during the summer months.

According to Velentzas, Hellenic Duty Free Shops will be investing a total of 55 million euros to upgrade the travel experience in Greek airports. The sum includes the company’s refurbishment project at Athens International Airport last year, the revamp of the Duty Free area at Heraklion airport and the planned revamps at the 14 Greek regional airports managed by Fraport Greece. 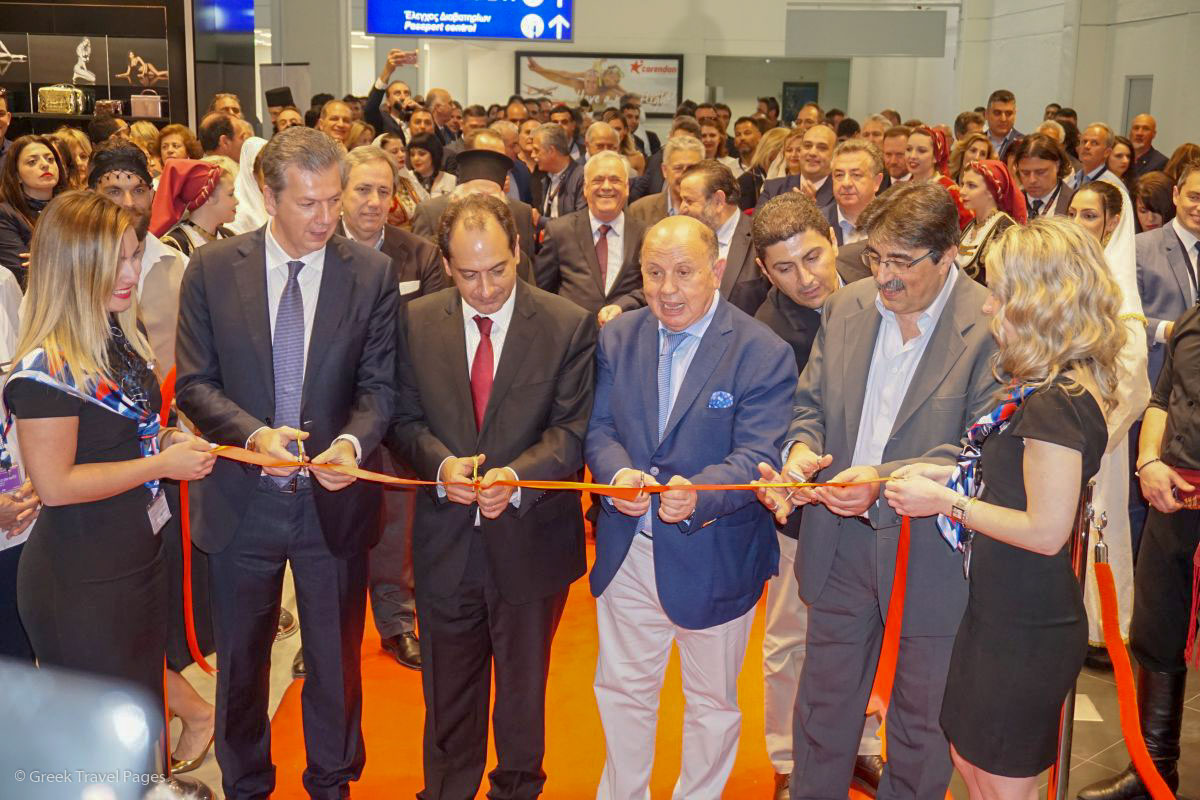 The refurbishment project, which took a total of 165 days without once disrupting the operation of the airport, included moving the retail outlets of the duty-free shops from the airport’s first floor to its ground floor and positioning them on the basis of a walkthrough concept. 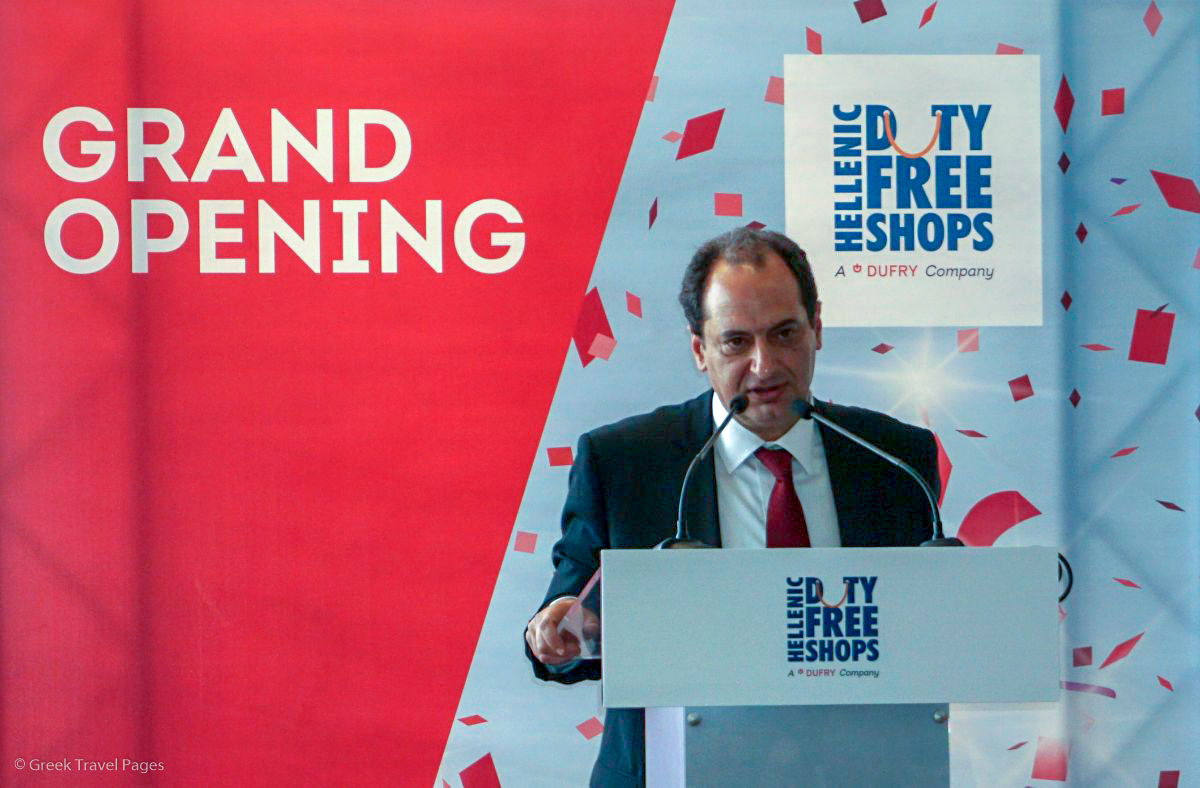 According to data provided by the Greek Transport Ministry, passenger traffic at the airport in Heraklion has increased significantly over the years. “In 2010 the airport welcomed 3,887,040 arrivals and departures of passengers. In 2017 this number reached 7,484,490. Similarly, there is an increase in aircraft activity. In 2010, the airport saw 26,003 aircraft and in 2017 the number reached 54,587,” Transport Minister Christos Spirtzis said during his speech.

“Crete now has an airport for which we are no longer ashamed of. A modern airport, which will operate for several years until the Kastelli airport project is completed,” Spirtzis said.

This year, the airport of Heraklion is expected to serve some 8 million passengers; 4 million departing and 4 million arriving. 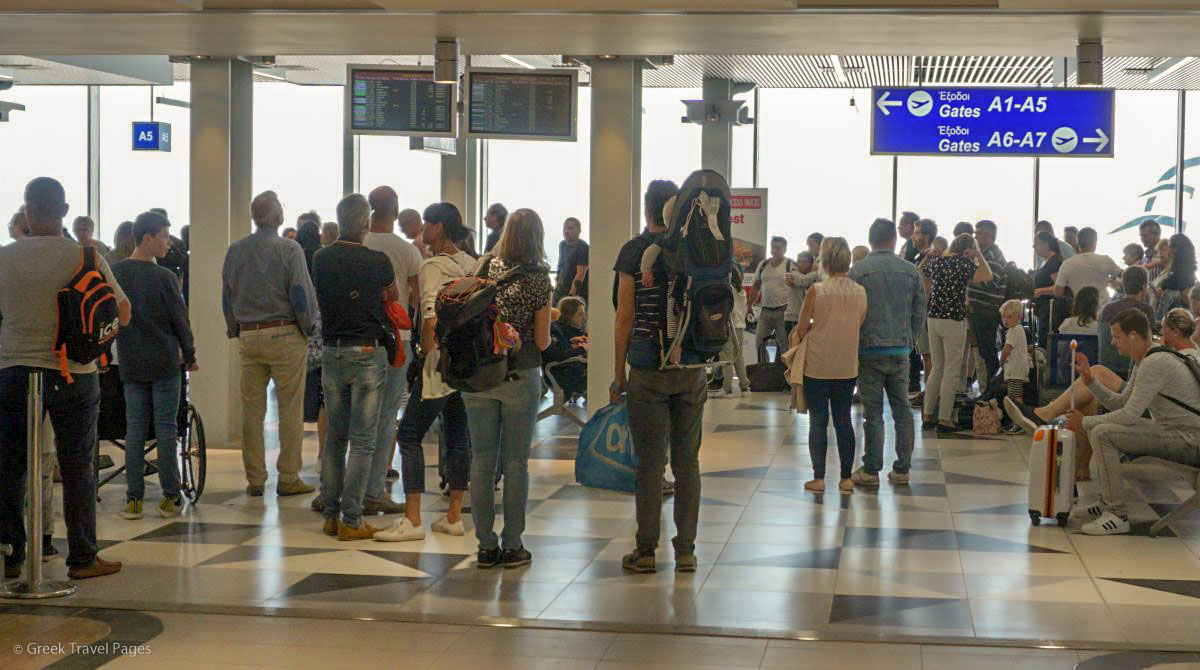 The investment project at Heraklion’s airport includes the addition of a new 2,895 square meters departure hall on the ground-level. The airport now has 11 departure gates, nine on the ground floor and two on the first floor. The already existing 8,000 square-meter departures area has been fully renovated. The new duty free section cover an area of 2,054 square meters. 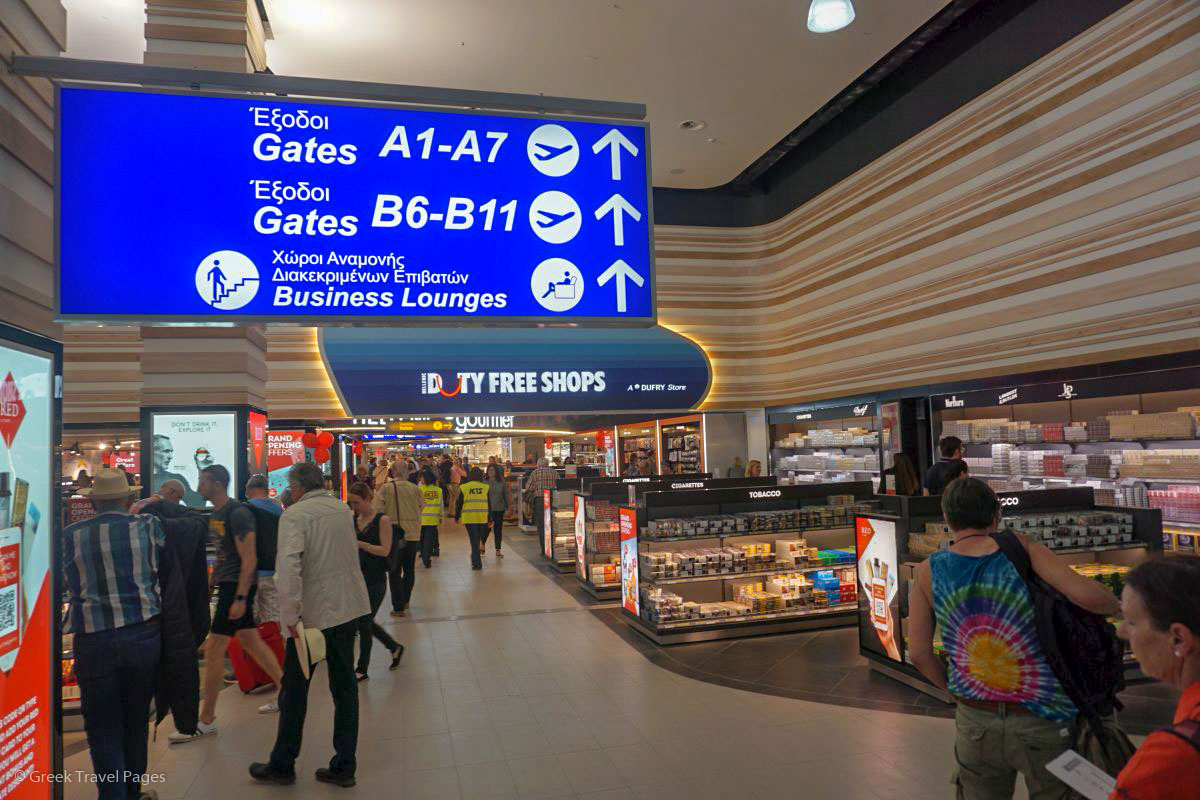 Moreover, four waiting lounges for distinguished passengers were created; two in the Extra Schengen area and two in the Intra Schengen area. All restaurants and eateries in have been renovated, new fire protection systems were added and a new air conditioning system was installed in the airport’s newly extended area. 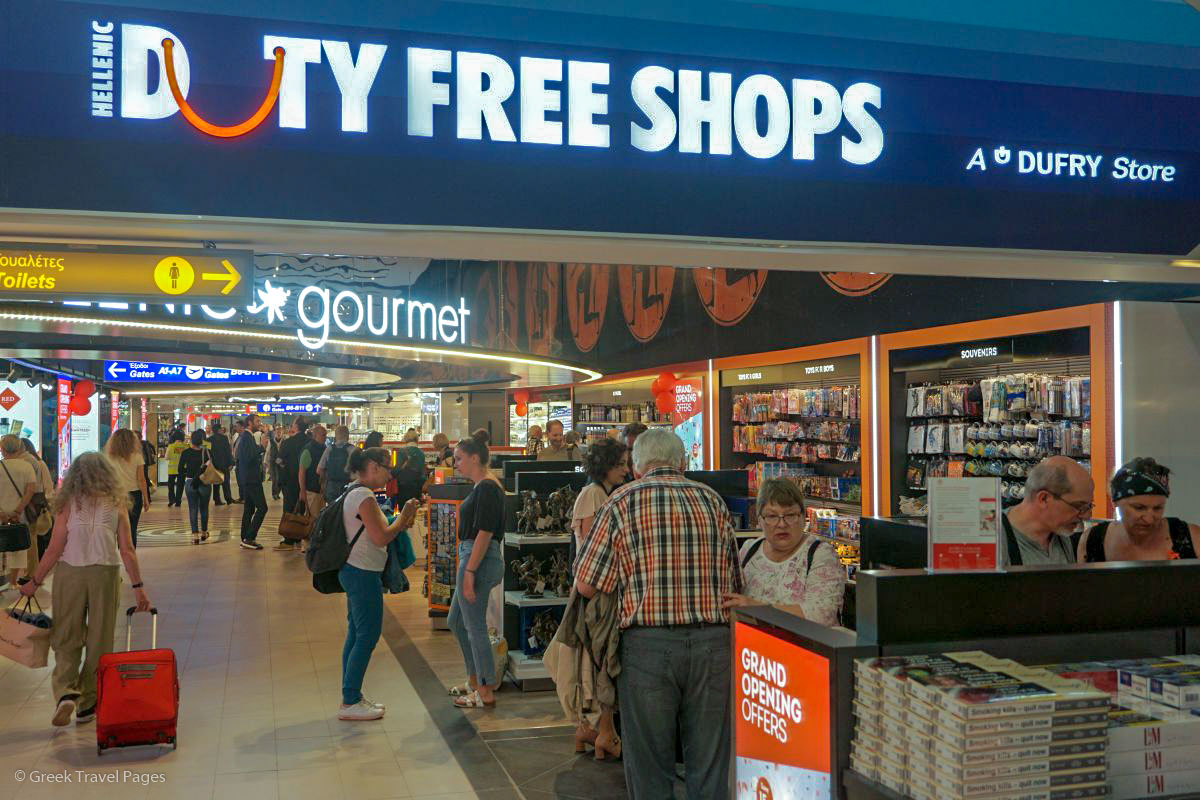 This is the latest revamp of the Dufry A.G. shops, the parent company of Hellenic Duty Free Shops. The remodeling of the shops in Heraklion is the latest opening as part of the company’s global plan to offer all Dufry customers a “WorldClass experience”.

The new Hellenic Duty Free Shops section at Heraklion airport offer passengers a unique range of items from the traditional duty free categories, to local specialties and delicacies, as well as a wide range of luxury and fashion items, all without losing the warm welcome and local touches so characteristic of Greece.

The ‘Cava’ section boasts the Group’s new Hellenic gourmet concept corner store, themed and designed especially to offer travelers a “last taste” of Greece in the form of traditional and contemporary Greek foods, wines and spirits. 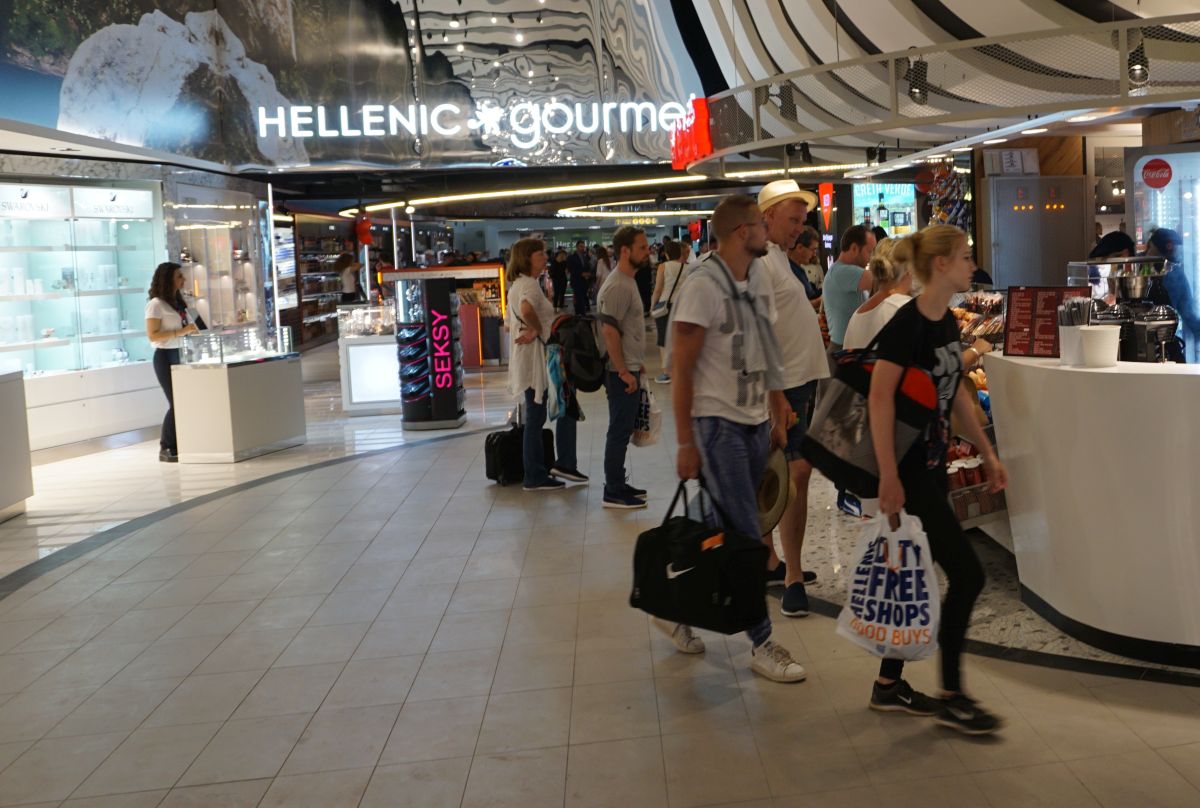 The company carefully sought out producers from Crete whose products represent the wealth of the Greek earth and table. Great care has been taken to train sales assistants to know the products and bring a sense of pride when sharing them with others. “Kerasma” – a Greek treat – is offered every day, giving people the opportunity to enjoy a “last taste” and sip of a “delicious treasure” of Greece before they fly.

In addition, video walls and screens provide an interactive backdrop to the store, and promotional activities and services are provided for a best-in-class passenger experience. 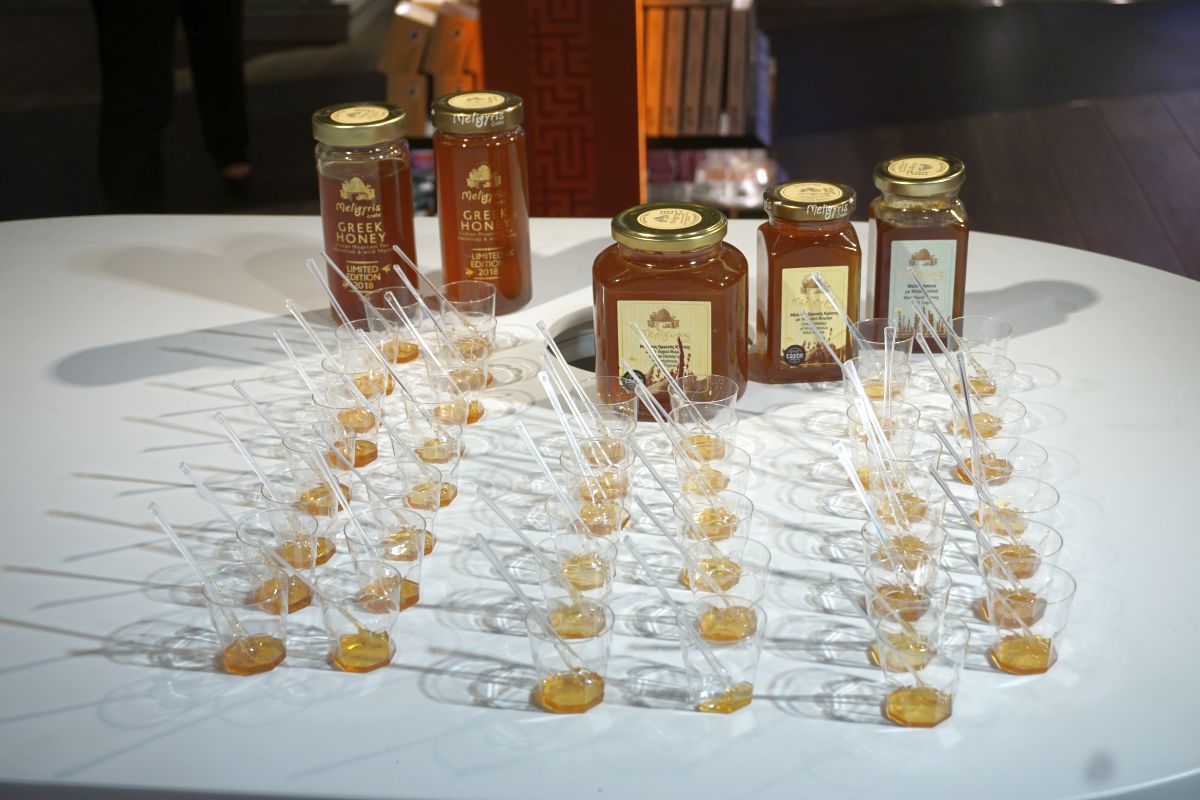 A Greek treat (“kerasma”) is offered to travelers every day at the Hellenic gourmet concept shop.

Hellenic Duty Free has 145 shops at airports, harbors, border stations and ships in Greece, manned by a 2,500-member staff. It should be mentioned that following an agreement reached between Hellenic Duty Free Shops with Dufry A.G., currently more than 30 duty free shops all over the world offer Greek products to travelers.