GNTO: US Travel to Greece Set for New Record in 2018

The number of visitors from the United States to Greece is expected to reach a new record in 2018, according to the director of the Greek National Tourism Organizaton (GNTO) office in the US and Canada Greta Kamaterou.

Speaking to Greek radio station Praktoreio FM, on the occasion of the ASTA Destination Expo 2018 that took place recently in Athens, Kamaterou said that tourism flows from the US are expected to increase by 40 percent in 2018, according to data released by American travel agents. 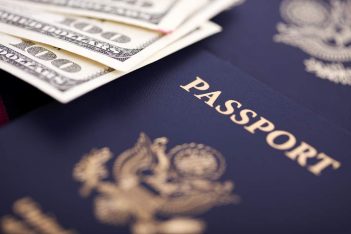 She also went on to note that, during the last three years, the number of US travelers have presented a double-digit growth.

“Our ‘365-days-a-year’ strategy has borne fruit,” Kamaterou said, also attributing the positive trend to the daily air service connecting Athens and New York that was launched a year ago by Emirates.

“Our aim is to attract Americans, as well as second- and third-generation Greek-Americans,” she added.

Moreover, the GNTO office in New York includes the promotion of Thessaloniki and Crete among its priorities for 2018.

According to Kamaterou, the 83rd Thessaloniki International Fair is expected to contribute to the increase of tourism flows from the US to Northern Greece. It should be mentioned that the US will be the honored country at this year’s TIF.

“There are many thematic products we can promote including pilgrimage tourism, gastronomy and conferences,” Kamaterou underlined. The 83rd TIF will take place between September 8-16, in the Greek northern port city of Thessaloniki.

SEV: Greece Can Double Investments by 2025