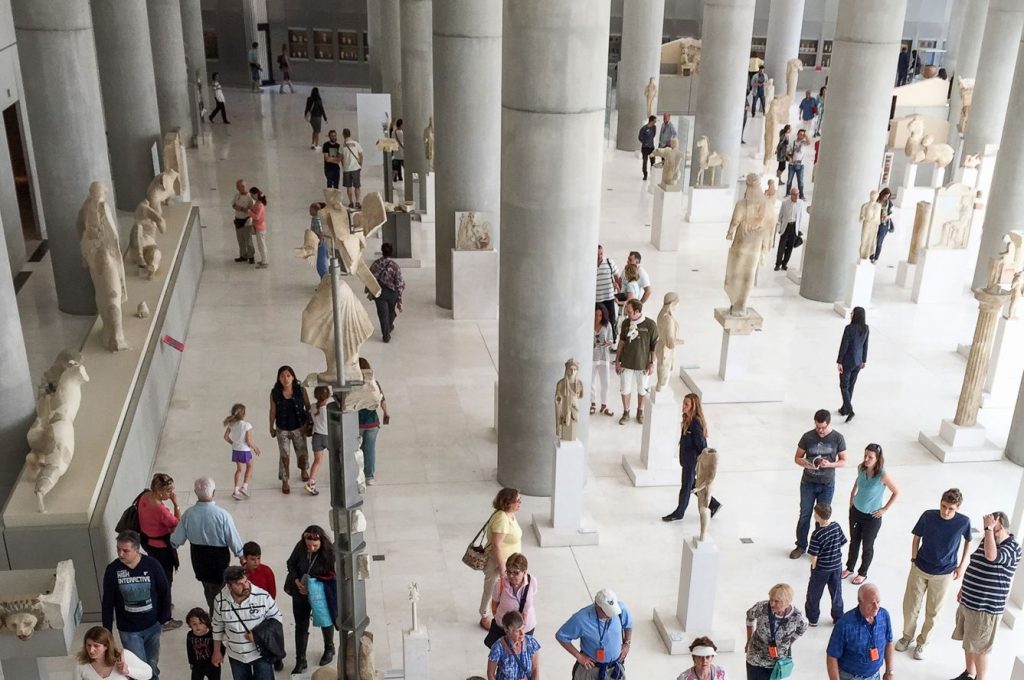 Museums and archaeological sites in Greece welcomed more visitors and recorded an increase in revenue from receipts during 2017, according to data released recently by the Hellenic Statistical Authority (ELSTAT).

During December 2017, the museum visited the most in Greece was the Acropolis Museum in Athens that attracted 1,593,362 visitors, up 13.3 percent compared to the same month in 2016. The second most popular museum in Greece in December 2017 was the National Archaeological Museum in Athens, which welcomed 545,555 visitors and was followed by the Heraklion Archaeological Museum on Crete (426,191 visitors), the White Tower in Thessaloniki (268,149 visitors) and the Palace of the Grand Master on Rhodes (235,414 visitors). 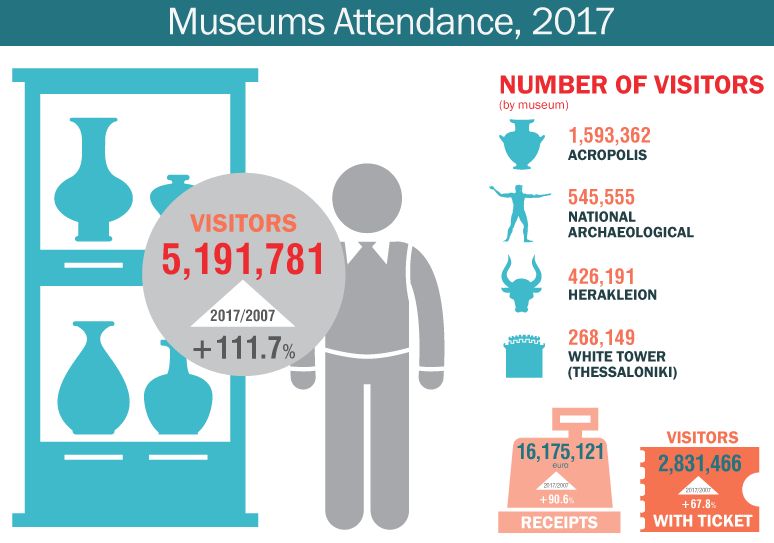 Also, during the same month, the number of visitors at Greek archaeological sites recorded an increase of 17 percent, while a decrease of 2.7 percent was observed in the number of free admission visitors and a 27.4 percent increase in the corresponding receipts, compared with December 2016.

The Acropolis in Athens was the most visited archaeological site in December 2017, as it attracted 2,766,218 visitors. The Knossos site on Crete came in second most popular site for that month (634,710 visitors) and was followed by Ancient Olympia (481,252 visitors), Epidavros (469,060 visitors) and the Acropolis of Lindos on Rhodes (441,012 visitors). 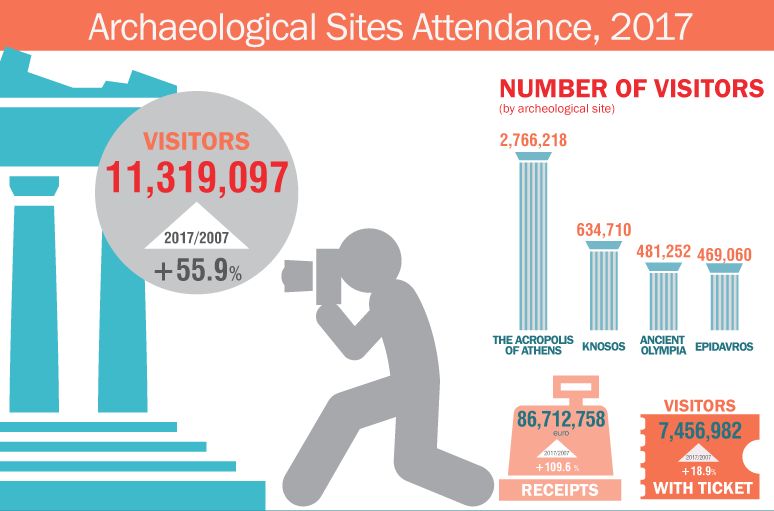