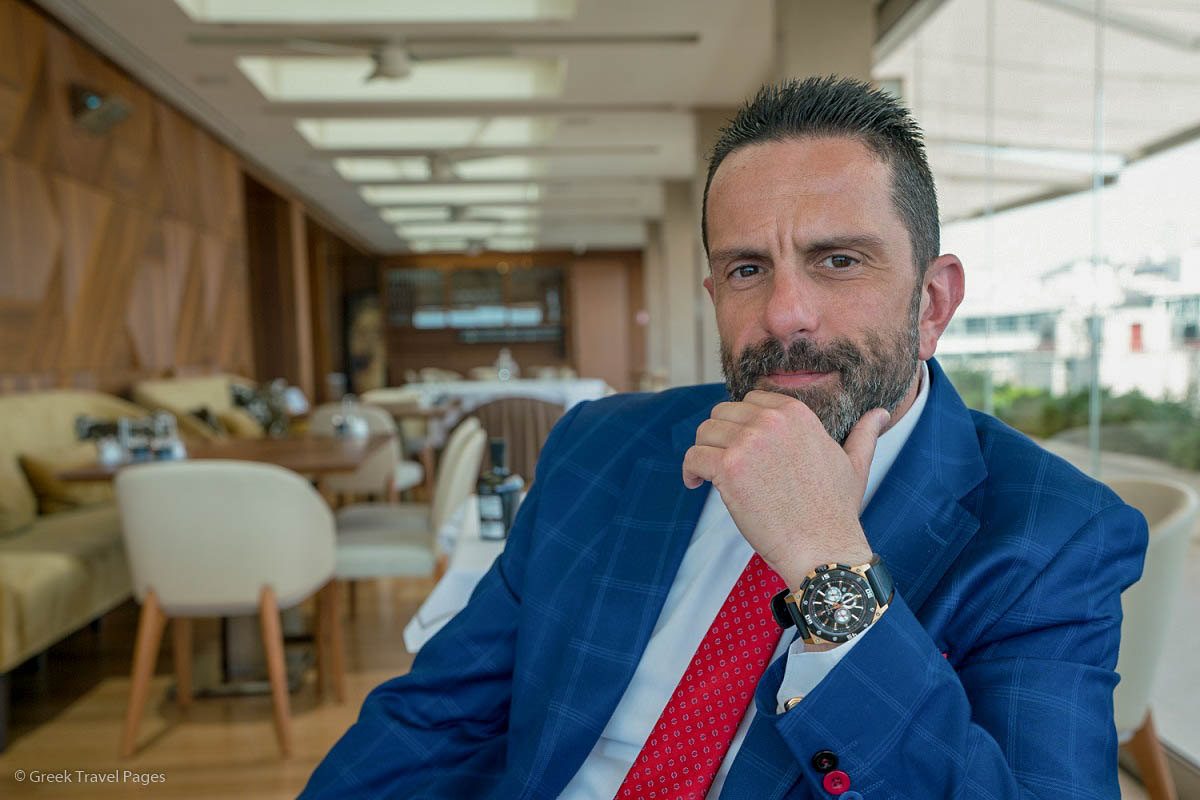 “A strong competitor only makes you stronger.”
George Spyropoulos

Following an ambitious construction project worth 20 million euros, the Electra Metropolis hotel, the newest member of the Electra Hotels & Resorts group, opened its doors in September 2016, in the center of the Greek capital. Its opening coincided with a significant growth in Athens’ tourism industry and the extension of seasonality.

In just a few months of operation, the 216-room hotel has managed to receive a large number of foreign visitors and has caught the interest of locals, who visit its facilities on a regular basis.
The hotel’s general manager, George Spyropoulos, spoke to GTP Headlines about the current tourism trends in the Greek capital and the newly-established Electra Metropolis.

GTP: The Electra Hotels & Resorts group decided to proceed with the establishment of its new member – the Electra Metropolis – in late 2013, at a time when Athens was receiving a lot of negative publicity. What were the factors that led the group’s management to this decision? 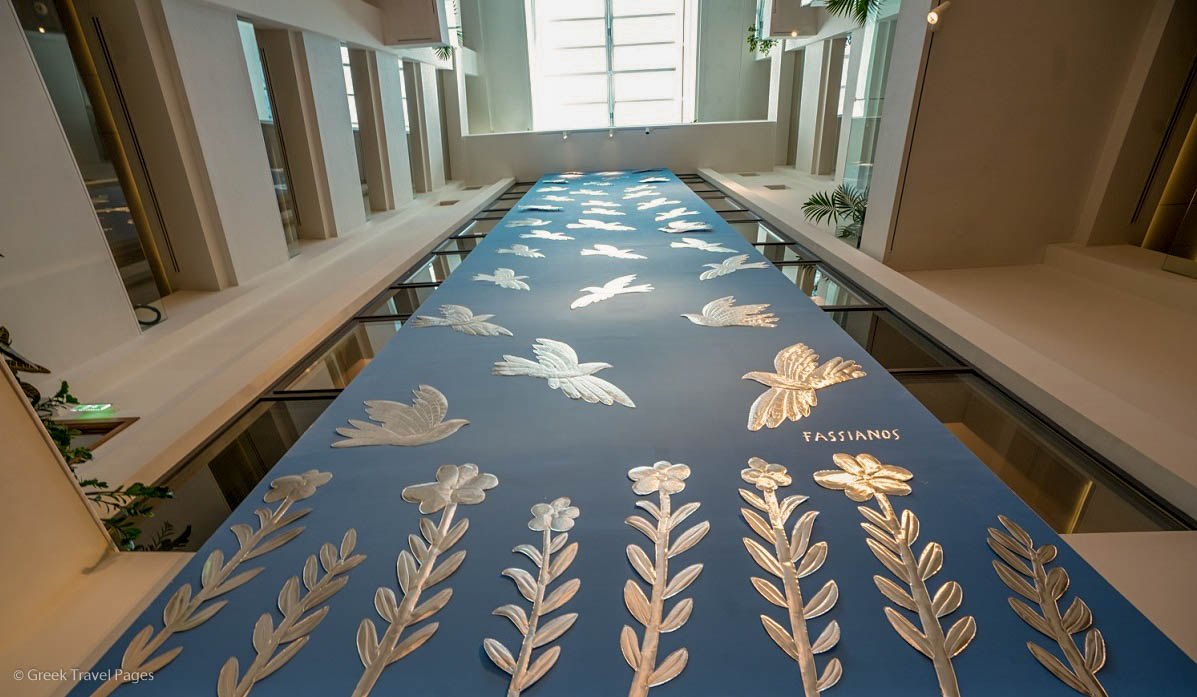 George Spyropoulos: For some people it may seemed like an odd decision, since it was taken at a time when Athens was undergoing difficulties, especially in the tourism sector. However the executives of the Electra Hotels & Resorts group had a clear orientation and deep understanding of the economy. They could feel that the recession had reached its peak, the economic cycle would enter a new positive phase and tourism traffic would eventually increase. At the same time they felt confident with Athens’ tourism product, history and tradition.
The president of the board of directors, Gerasimos Fokas, played a major role in the selection of the building, which housed the services of the Education Ministry. He had visited the building on several occasions and always said that it would make an ideal five-star hotel. So, with the company’s know-how its shareholders decided to turn it into a five-star hotel. It was a business risk that would, however, take the Electra group a step further. And indeed, the hotel opened its doors in September 2016.

GTP Headlines’ pick:
“The hotel’s average rate per room increased by 15 percent in the first three months of 2018, compared to the same period in 2017” – George Spyropoulos

GTP: Please give us some details on the hotel’s performance during its first year of operation in terms of occupancy rates and revenues.

George Spyropoulos: It’s been a very good first year. Occupancy rates in 2017 reached 83 percent, which is considered a great outcome, compared to other five-star hotels in the capital. The average hotel room rate has also been satisfactory. During this first year we also focused on attracting the locals to the hotel’s dining facilities.
Furthermore, in the corporate segment, we host corporate meetings and events on a daily basis, which is an important part of our identity, as it also enhances the operations of our other two hotels in Athens – the Electra Palace and the Electra Hotel. The Electra Metropolis can host events of up to 250 persons and the Electra Palace up to 400. So, combining our hotel facilities enables us to host significant events.

GTP: Does this strong momentum continue and what are your expectations for 2018?

George Spyropoulos: Since 2017 has been an overall positive year for tourism, we are currently fine tuning, aiming to improve the average rate per room. In fact, the ARR (average room rate) significantly increased by 15 percent in the first three months of 2018, compared to the same period in 2017.

Our strategy focuses on maintaining high room availability in order to achieve the best possible ARR. For example, if pre-bookings reach 95 or 99 percent for the next months, we won’t be able to achieve the best possible price. So, we cover the needs of small corporate and leisure groups, which require 25-30 rooms, and we keep the rest of our rooms available for individual guests in order to maximize our profit. Our strategy is based on the principles of revenue and yield management.

GTP Headlines’ pick:
“The strong momentum of tourism in Athens is evident with the arrival of foreign hospitality groups”- George Spyropoulos

GTP: What are the new features that the Electra Metropolis has added to Athens’ hospitality industry?

George Spyropoulos: It is a new hotel, a state-of-the-art building, a modern hospitality unit, but also classic. We were also the first of the Electra hotels in Athens to use new technologies. First, we equipped our rooms with IP TVs, which provide our guests with useful applications and the opportunity to connect their devices, as well as their apps and utilities, to their TV screen. Furthermore, our VRV multi-split type air-conditioning system offers our guests the opportunity to choose the preferable room temperature, and experience hospitality and comfort. We also have an innovative building management system (BMS), which enables us to control and monitor the building’s mechanical and electrical equipment such as lighting, power, fire and security systems. All these innovations lead to energy conservation, a strategic goal of our hotel, which has also received the LEED (Leadership in Energy and Environmental Design) certification.

GTP: You previously referred to the difficulties Athens’ tourism has undergone in recent years. How has the situation changed?

George Spyropoulos: Athens tourism is currently booming. This is evident in the occupancy rates of all hotels in Athens; in the increase of arrivals at the Athens Airport and in the fact that all the more new nationalities visit the Greek capital. Athens’ seasonality has expanded especially in the summer months. A few years ago, tourism in July and August was at the lowest level, but today these are strong months in terms of arrivals. Tourism demand usually drops in December, January and February, however occupancy rates still reach 60-65 percent.
The strong momentum of tourism in Athens is also evident with the arrival of foreign hospitality groups. We believe this trend will contribute to the promotion of the destination and its international branding. These foreign hotel groups will provide Athens with an added value that will be in favor of all players in the sector. After all, a strong competitor only makes you stronger.

GTP: Which countries are currently the source markets of tourism in Athens?

George Spyropoulos: We have many Americans visiting Athens, as well as many travelers from Canada, Australia, Germany, France and the UK. We also have many Chinese guests, who have changed their tourism habits over the years. Chinese tourists used to be low spenders and have many intermediaries when booking their holidays. Today their social status has changed for the better, they are familiar with the internet, they book through direct channels, they are good customers and consumers.
Arrivals from the Arab countries have also been increasing. The Arabs seek for superior room categories – suites and connecting rooms – since they usually travel with their family; they ask for private housekeeping services and have special requests. They are demanding guests and love perfection. You must be able to understand their needs in order to meet their demands.

GTP: How long do foreign travelers stay in Athens?

George Spyropoulos: They stay on average 1.8 to 2 nights, as they usually combine their trip to Athens with other activities outside the capital.

GTP: Do you see the locals also being fond of the Electra Metropolis?

George Spyropoulos: The Athenians – individual visitors as well as corporate guests – have embraced the hotel during its 18 months of operation, as they keep visiting its facilities again and again. Following the hotel’s opening we launched the “Re Love Athens” project, which is inviting Athenians to relove Athens, visit the center, walk through its streets, feel the aura, meet the new hotel, stay in a room, visit the spa and have a meal, thus gain all the hospitality experience of the Electra Metropolis and the city center.

GTP: In one phrase, what is the experience hotel guests receive at the Electra Metropolis?

GTP: How do you feel being part of the Electra Metropolis team?

George Spyropoulos: It is a daily pleasure and joy to be the general manager of this hotel. I am also sentimentally attached because I participated with my own hands in the revamp process. When you are a professional and you love what you do, this love keeps returning to you, making your everyday work successful.