Greece is seeing an increase of up to 25 percent in bookings for 2018 from Ukraine for the second year in a row, the Greek National Tourism Organization (GNTO) said on Tuesday following its participation in the 2018 edition of the Ukraine International Travel & Tourism (UITT) in Kiev during March 28-30. UITT is Ukraine’s leading travel and tourism event.

According to the GNTO, the new double-digit increase for 2018 follows the 20 percent increase in 2017, when 98,979 Ukrainian tourists visited Greece, as reported by the State Border Administration of Ukraine. 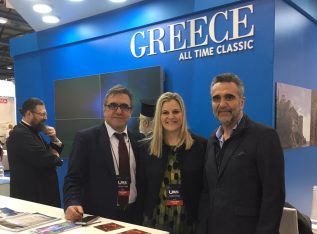 “In accordance to the strategy of the Tourism Ministry and Minister Elena Kountoura, the GNTO has designed and implemented a very dynamic and targeted program in Ukraine to promote Greece as a world-renowned 365 days a year destination, which includes a number of thematic tourist products, focusing on cultural tourism, religious/pilgrimage tourism and gastronomy tourism,” an announcement by the GNTO said.

According to the GNTO, tourist traffic from Ukraine to Greece is steadily increasing every year by a double-digit growth rate, while the abolition of the Schengen visa requirement for EU countries from June 2017 is an addition to the positive outlook for the market for the coming years.