Ellinair Expects to Fly One Million Tourists to Greece in 2018 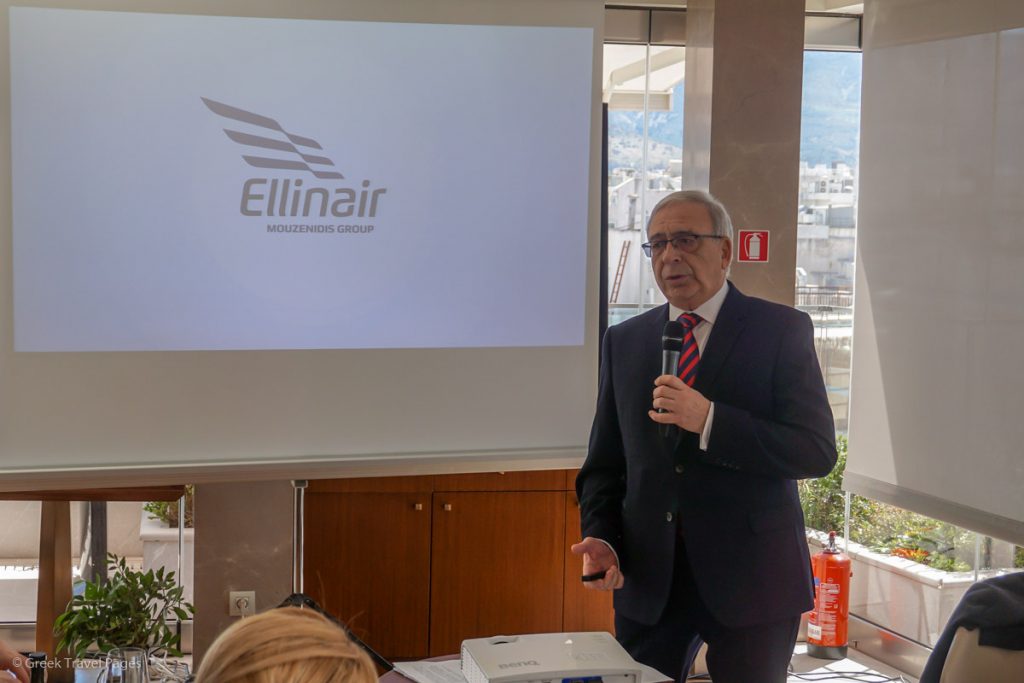 A Mouzenidis Group airline, Ellinair is based in Thessaloniki and operates scheduled and charter flights to Greece mainly from Russian cities. The airline launched in 2013. 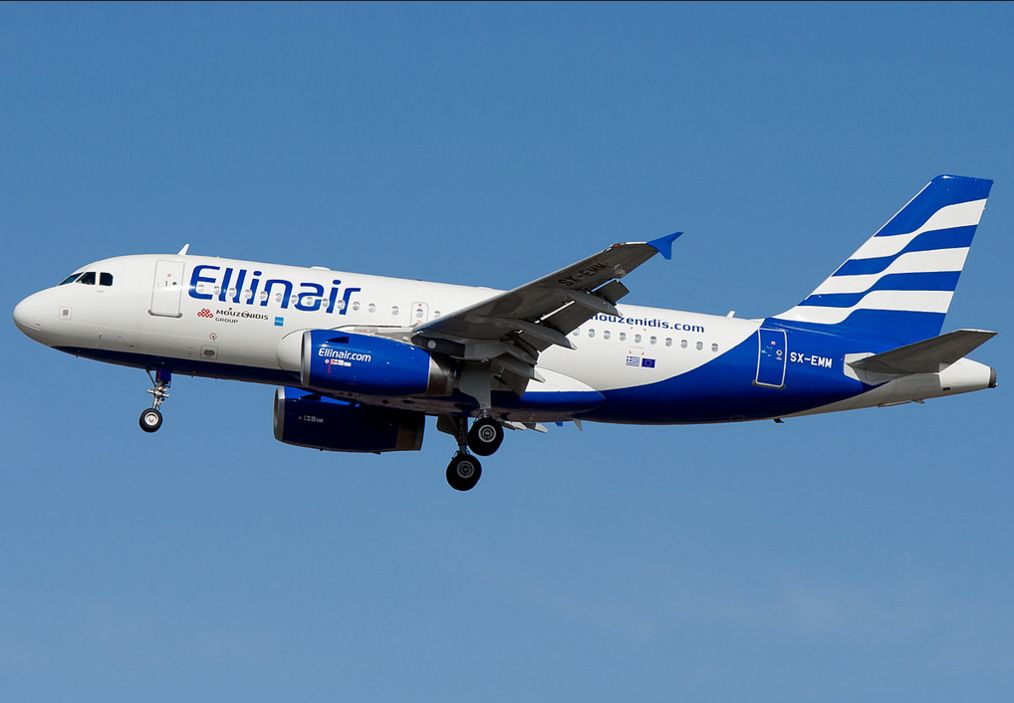 “Ellinair emerged from the Group’s transport needs for its customers (from Russia and Ukraine) traveling to Greece… The vision of the company is to establish itself as the leading regional airline based in Thessaloniki, while also supporting the national economy and tourism,” Daliakas said while presenting the company’s summer 2018 flight schedule during a media briefing in Athens. 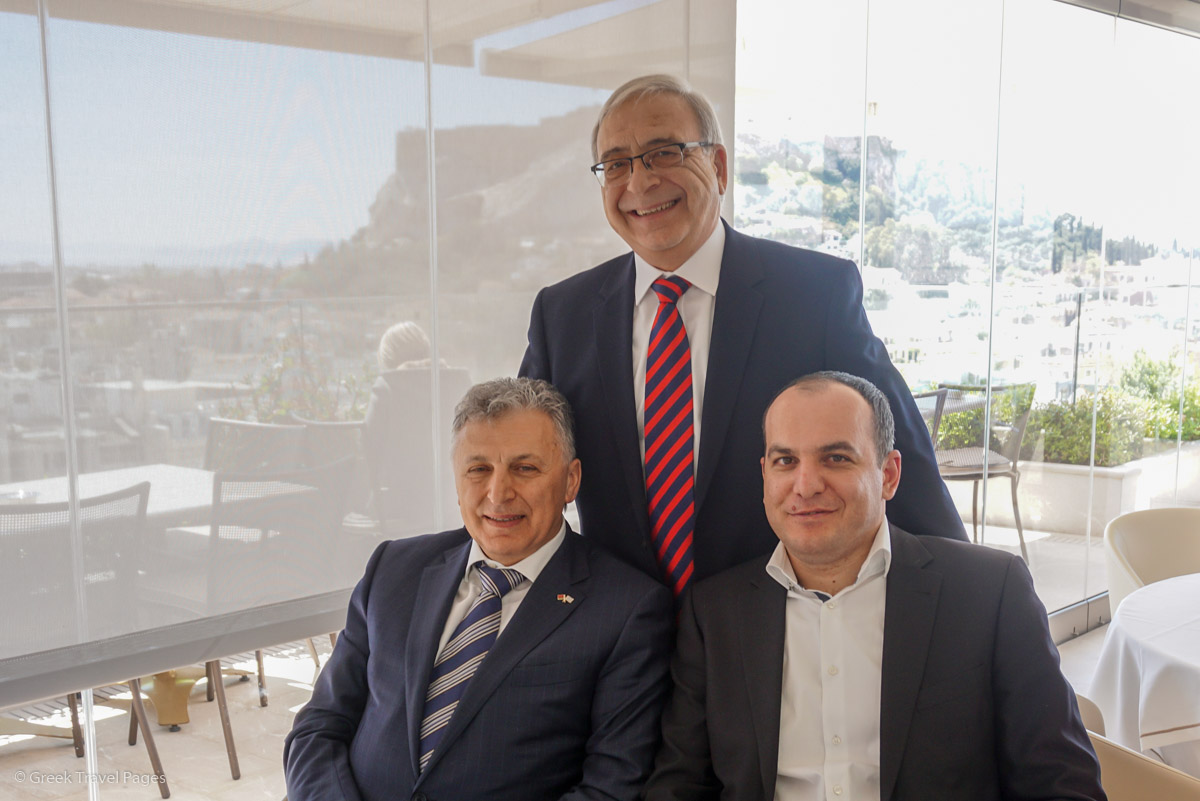 For 2018, the airline has added two more Airbus aircraft to its fleet, raising the number of planes it owns to 10 (three Airbus 319 of 144 seats, five Airbus 320 of 180 seats and two Boeing 737-300 of 148 seats). The airline also announced the launch of seven new routes in Greece and abroad from its four bases (in Thessaloniki, Heraklion on Crete, Corfu and Moscow) and also increased the frequency of its flights to 30 destinations in Greece and abroad, “for the benefit of Greek tourism and local communities”, Daliakas underlined.

Overall, in summer 2018, the company will operate routes to European destinations such as Stuttgart, Munich, Frankfurt, Berlin, Cluj, Warsaw, Katowice, Tallinn, Riga and Belgrade, while maintaining its connections from Thessaloniki to 17 Russian cities, five Ukrainian cities, two Kazakhstan cities and the capital of Georgia, Tbilisi. 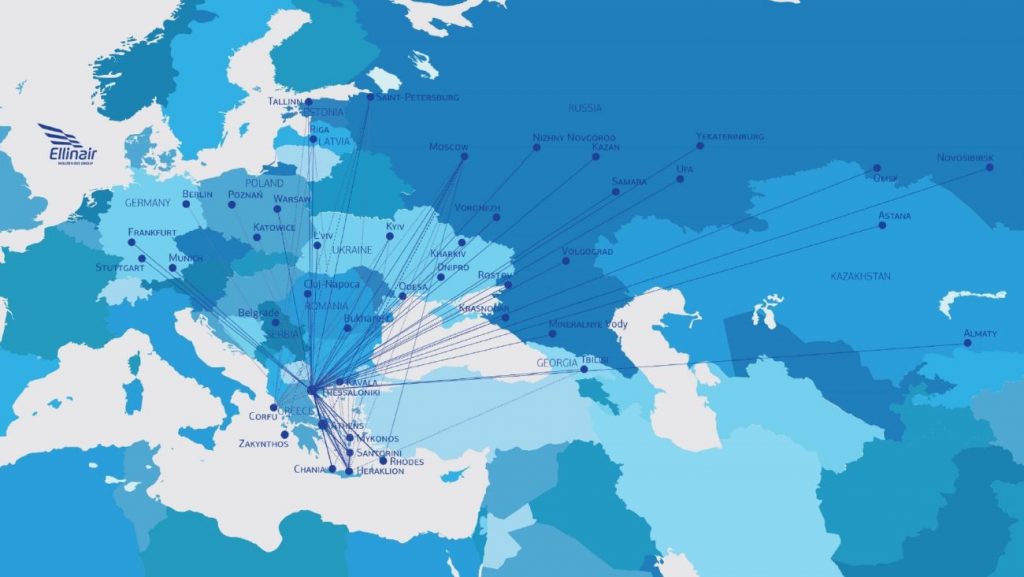 Ellinair’s new international routes for 2018 include the connection of Corfu with the Russian cities of Voronezh, Nizhniy Novgorod, Krasnodar; Chania with Moscow; and Heraklion with Cluj-Napoca in Romania and Poznan in Poland. 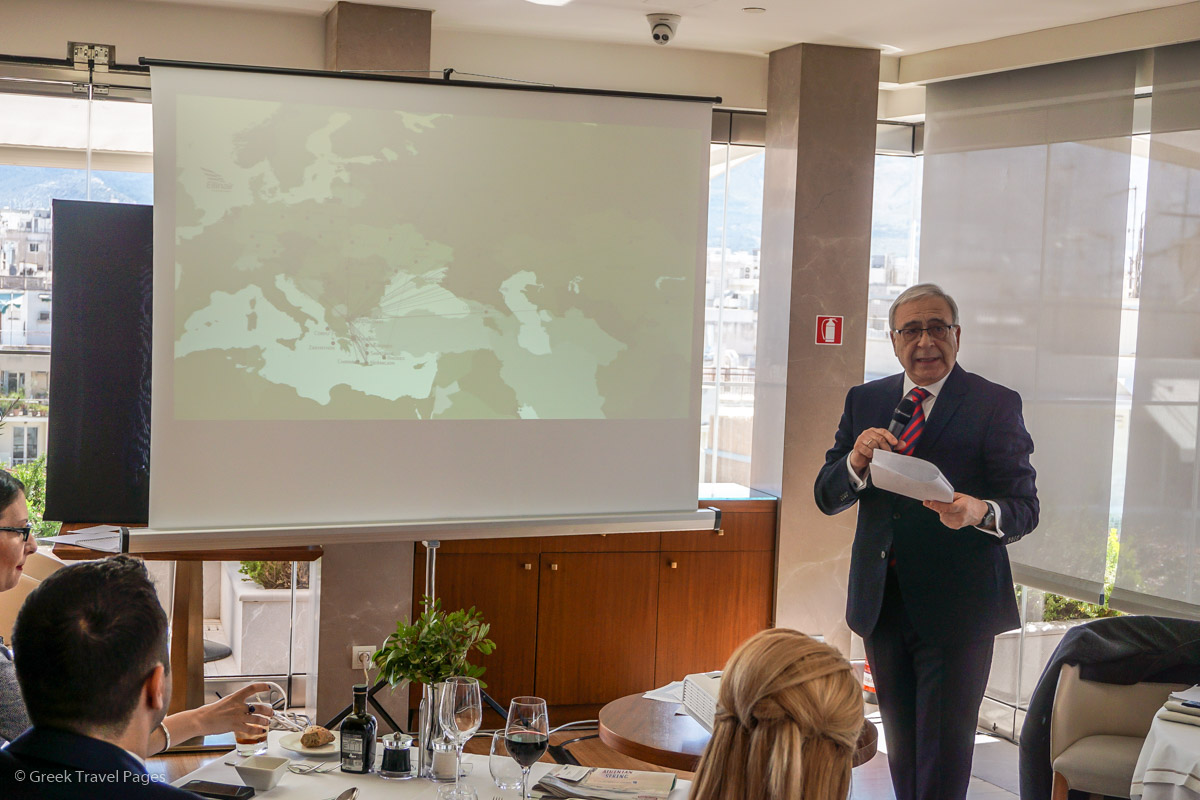 Moreover, Daliakas informed that the company’s immediate plans include creating a base in Athens and further developing its Western Europe network.

“We aim to increase our presence in the German market in 2019,” Daliakas said.

The Mouzenidis Group, which mainly focuses on the offering of specialized tourism services, products and solutions, consists of five companies and 18 brand names. The Group’s main company is Mouzenidis Travel. Other companies include BOMO Hotels, which currently manages eight hotels; Ellinair airline; the Enigma shopping center in Halkidiki; Grecodom, a real estate company and other companies offering religious tourism and conference tourism services.