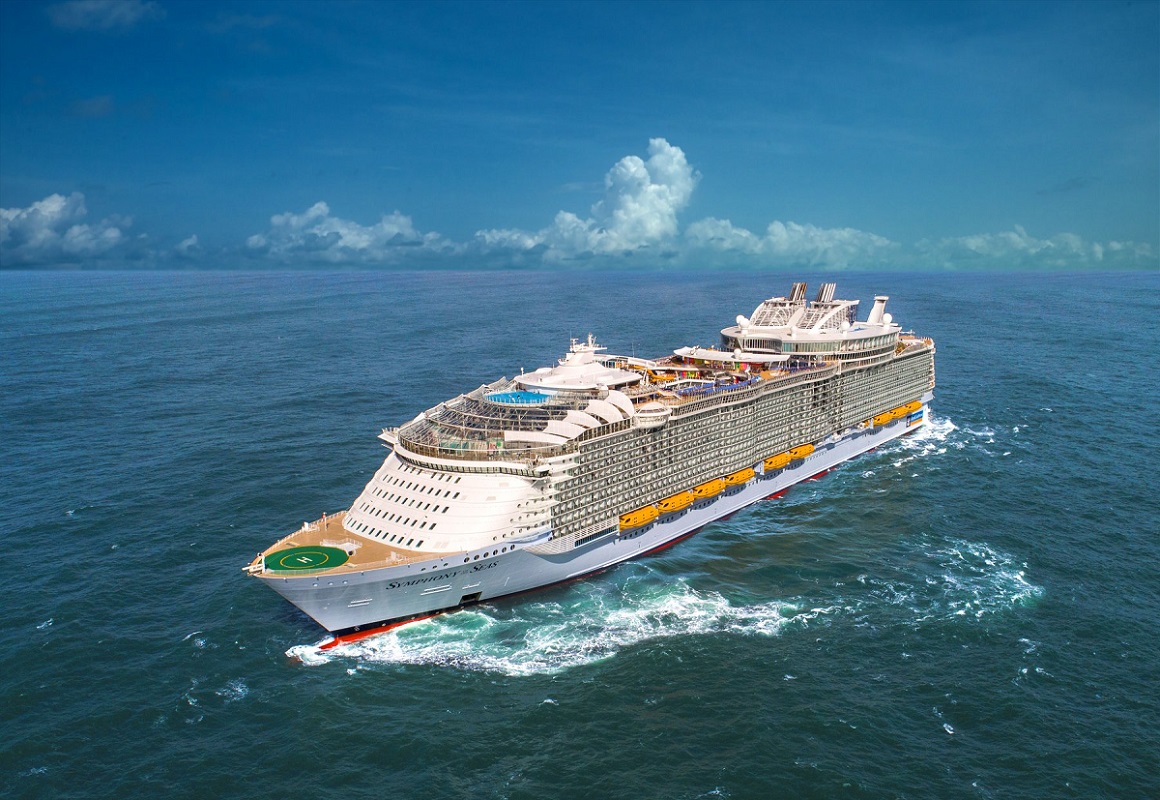 Royal Caribbean International recently welcomed the much-anticipated new ship “Symphony of the Seas”, during the traditional flag-changing ceremony at the STX France shipyard in Saint-Nazaire, France.

According to an announcement, it took 36 months and 4,700 shipbuilders and crew to deliver the new ship. “Symphony will take family vacationing to an all new level with energy and options never before found in one place,” said Michael Bayley, president and CEO, of Royal Caribbean International.

The ship’s maiden seven-night Mediterranean voyage will depart on April 7 from Barcelona, Spain, where the crescendo of thrills will be brought to life by the 2,200 international crew members who proudly represent 77 countries around the world.

The 25th ship in Royal Caribbean’s fleet, Symphony of the Seas is 228,081 gross registered tons, measures 238 feet tall and spans 1,188 feet long. She will welcome 5,518 guests at double occupancy in 2,759 staterooms, including 28 additional balcony rooms that overlook the ocean or signature Boardwalk neighborhood.

“The Oasis Class has been a trend-setting design, but the team has evolved it… to provide even more incredible family adventures,” Royal Caribbean Cruises Ltd. chairman and CEO Richard D. Fain added.

The ship includes seven distinctive neighborhoods, the tallest slide at sea with the “Ultimate Abyss” and countless adventures for guests of all ages.

Royal Caribbean International took delivery of Symphony of the Seas during an intimate signing ceremony on the ship’s bridge overlooking the shipyard in Saint Nazaire, France.

The Symphony of the Seas welcomed her first guests on March 31 for a one-time-only, five-night preview sailing, calling on Naples and Rome (Civitavecchia), Italy.

The Symphony of the Seas will homeport in Barcelona for the summer, visiting Palma de Mallorca, Spain; Provence, France; and Florence/Pisa, Rome and Naples, Italy.