Greek airline AEGEAN on Wednesday announced that it has signed a pre-agreement with Airbus for the order of up to 42 new generation aircraft of the A320neo family.

“It is the third time in 19 years that the company invests in new airplanes to give our passengers and our country the most new and advanced in technology, confirming that we are not only interested in quantity but also the quality of our efforts,” AEGEAN Vice Chairman Eftichios Vassilakis said during a press conference in Athens.

Valued at 5 billion USD at list prices, the investment is the largest private investment in Greece, according to AEGEAN.

The agreement includes the firm order of 30 aircraft; comprising of two types of the Airbus A320neo Family (Α320neo and A321neo), with the option for 12 additional aircraft. The order includes at least 10 aircraft of the largest type of A321neo, with an option to increase this number by further conversions from A320neo to A321neo.

“The renewal and growth of our A320neo fleet enhances our competitiveness internationally and reduces our operating costs significantly,” Vassilakis said. 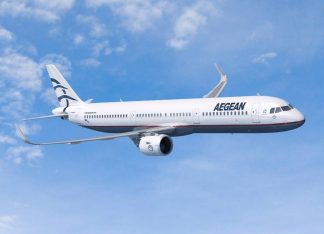 Aircraft of the Α320neo Family are equipped with new generation engines and Sharklets, delivering 15 percent savings in fuel consumption, reduced carbon emissions and noise footprint, and increased range capabilities of additional 600 to 1,500 km (equivalent to 1 to 2 hours of extra flight hours). The aircraft have a choice of two new-generation engines from either Pratt & Whitney (PW1100G-JM), or CFM International (LEAP-1A). The company has initiated negotiations with both engine manufacturers and is expected to make an engine decision selection by July 2018.

“This investment contributes to expanding our capabilities to fly to more long haul destinations… It allows us to offer an even more enjoyable trip to passengers, while responding to their needs for modern technology for connectivity during the journey,” Vassilakis said, adding that the new aircraft enhance the opportunity to promote Greece’s regions and products to the world.

The completion and signing of the final purchase agreement with Airbus, expected in June 2018, will allow AEGEAN to continue its successful expansion strategy, by increasing its capacity as well as renewing its existing fleet.

AEGEAN in 2017 operated 46 jets from the A320 family, as well as 12 turboprop aircraft. This agreement is part of the company’s overall fleet expansion and renewal program, expected to take place between 2020 – 2025.

“The new Airbus A320, with the new engines, will allow us to go further, to new destinations, with greater economy and new services. It is an investment that definitely brings the next day of Aegean, an investment that creates the conditions for yet another strong future for our company, but also with multiple benefits for the whole economy.”

“Aegean has been a very important partner for Airbus over the last 12 years and now we are very glad that this partnership will enter into a new phase,” Schulz said.

According to Schulz, the A320 family is now more than 60 percent of the market and “is clearly the world market leader.

“The commonality these aircraft offer along with lowest operating costs, longest range and a more spacious cabin make the A320neo Family the best choice for growing airlines such as AEGEAN,” he said. 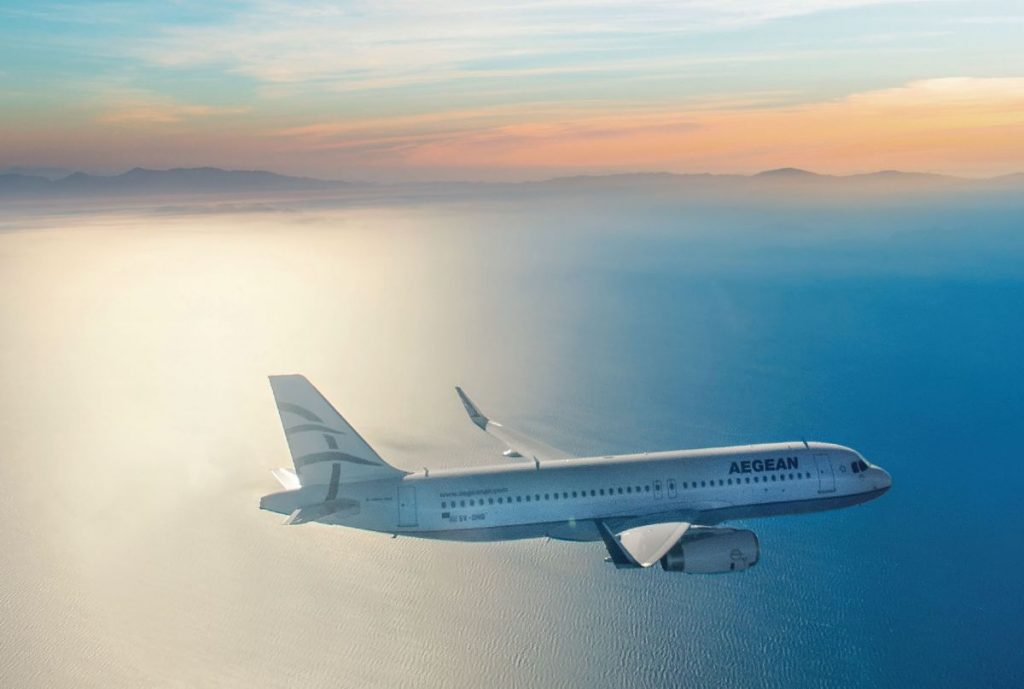