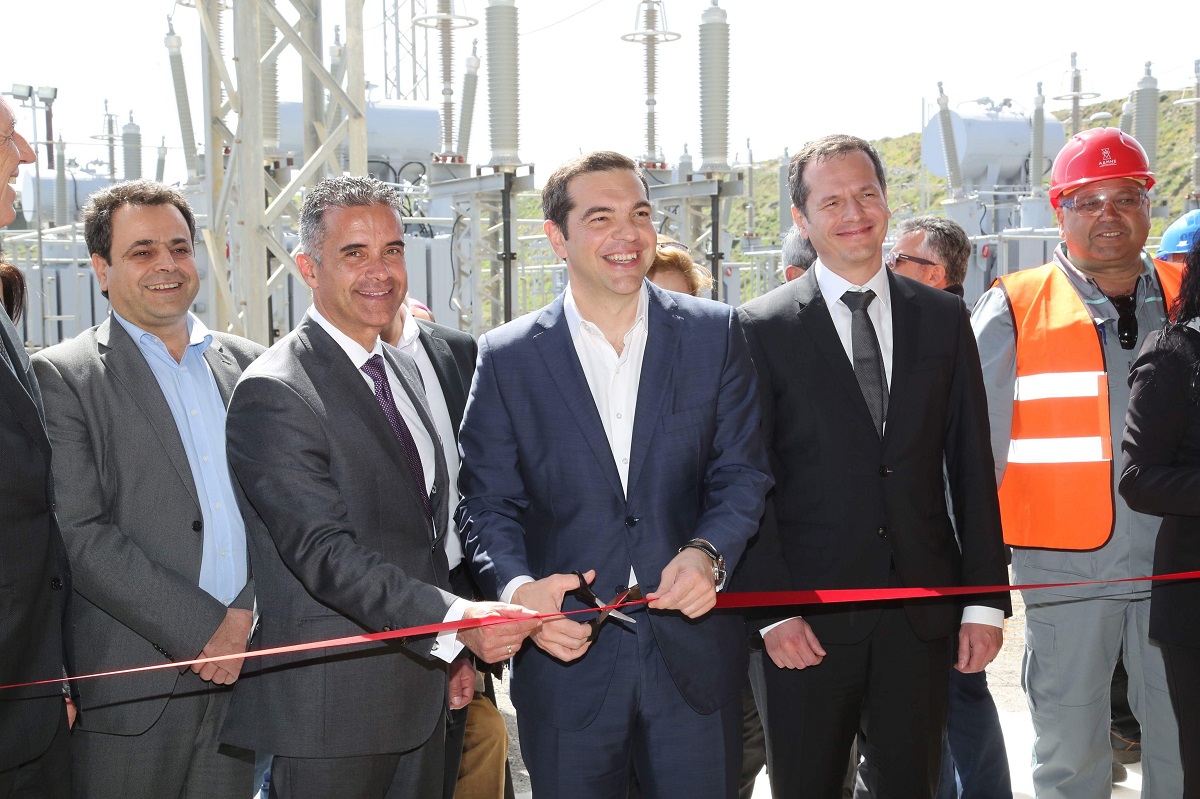 Greek Prime Minister Alexis Tsipras cut the ribbon of the facilities of the underwater cable link on the island of Syros.

Greek Prime Minister Alexis Tsipras inaugurated on Monday, the first phase of a 245-million-euro underwater cable link project set to cut the cost of supplying power to the islands by 80 million euros a year.

Tsipras presented the link connecting initially five Cycladic islands – Syros, Mykonos, Tinos, Paros and Naxos – to the mainland (Lavrio) energy grid during a special ceremony on the island of Syros.

In must be noted that the four islands mentioned about will also provide the neighboring islands of Antiparos, Koufonissi, Schinoussa, Irakleia, Ios, Sikinos and Folegandros with energy. 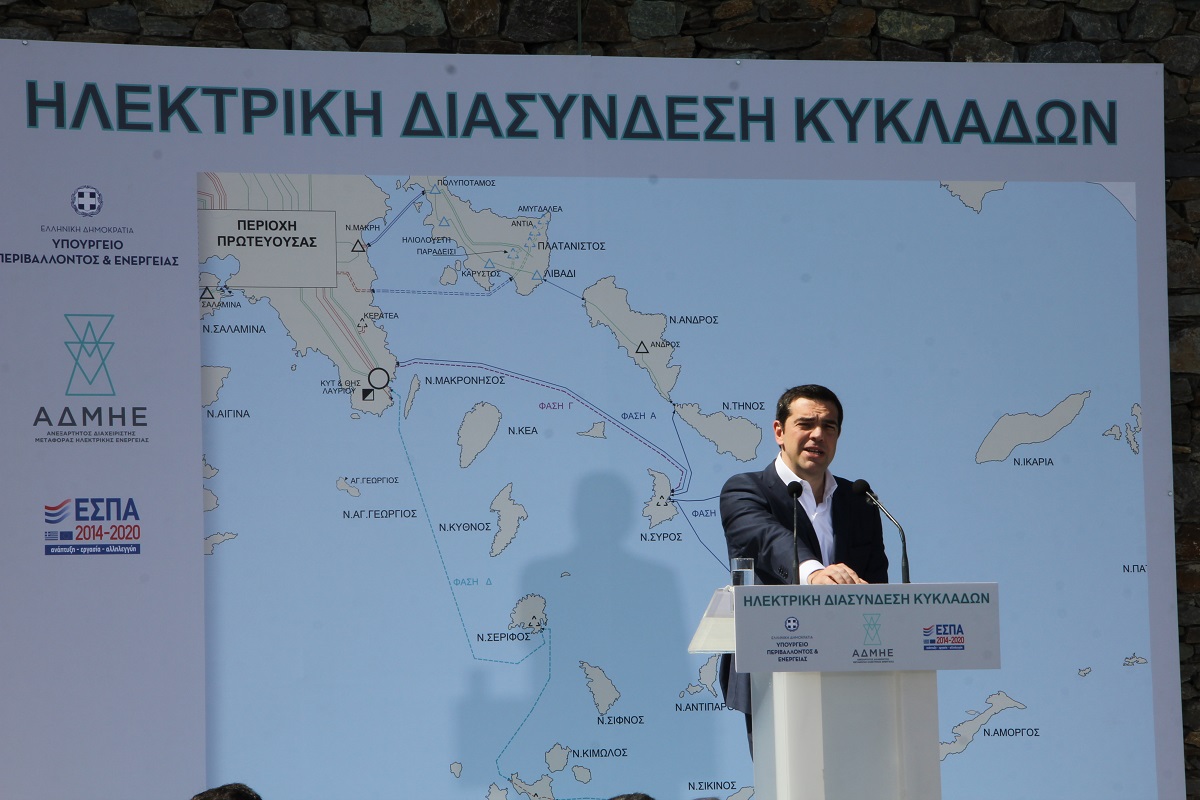 Tsipras said the project was of “strategic importance, ensuring the islands are sufficiently and reliably supplied with electricity”, adding that it will have multiple benefits for the island communities, including “cost savings for energy production, an improved environmental footprint, and significant growth prospects”.

Besides the importance of the project for island life, the Greek PM stressed the role the project will play in tourism growth and investment, stressing that once the project is complete and the entire Cyclades complex of islands is integrated into the central power grid, there will be very significant growth momentum serving as an incentive to invest in renewable energy systems.

Describing to the Cyclades islands as the “driving force of Greek tourism”, Tsipras said the regional conference on reconstruction set to take place after Easter will offer a podium for the exchange of ideas that can be put into practice to ensure the islands tap into their potential for growth through the collaboration of private and public stakeholders and with the active involvement of locals.

As an example the Greek prime minister pointed to the Neorion Shipyards on the island of Syros. Tsipras said that he expects Neorion – recently purchased by US-based firm Onex – to begin operations in the coming months.

Co-funded by Greece and EU with the financial support of the European Investment Bank, the last two phases of the project are slated for completion in the next two years with savings estimated at around 3 billion euros over a 20-year period, Tsipras said.

Greece’s Passenger Traffic Up in First Two Months of 2018