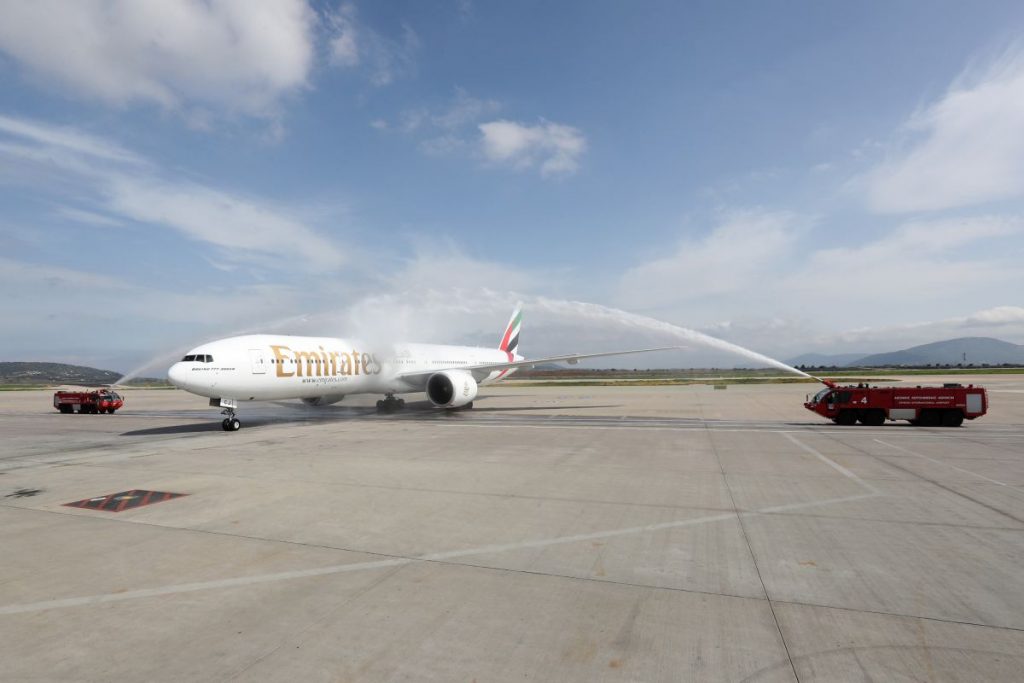 Since its launch on March 12, 2017, Emirates is the only carrier to operate direct flights between Athens and New York (Newark Liberty International Airport) all year round. The carrier has reported healthy demand and market growth for the connection.

“We are pleased to mark a successful first year for our Dubai-Athens-New York operations, and would like to thank all our partners in Greece for their continual support,” Hubert Frach, Emirates’ Divisional Senior Vice President, Commercial Operations West, said during an event held at Athens International Airport (AIA) to mark the connection’s one-year anniversary. 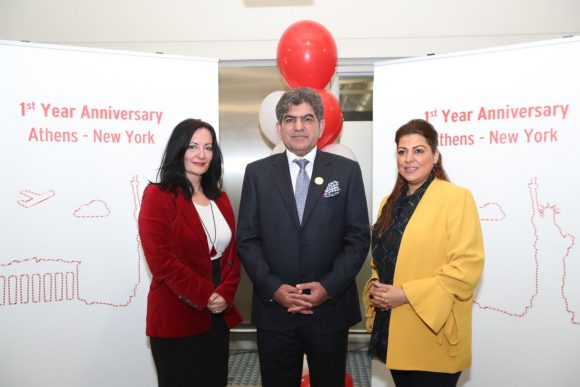 According to AIA, during the first year of operations, 160,000 passengers traveled on the route, contributing to the 60 percent growth of the New York market out of Athens.

“Our year-round flight to New York has been met with enthusiasm by our customers, in particular the Greek community on both sides of the Atlantic,” Frach said, adding that the airline continues to see healthy demand on its Dubai-Athens service, as “Greece remains a popular destination for inbound travelers originating from our Middle East, Asia and African destinations.”

Commenting on behalf of AIA, the communications and marketing director, Ioanna Papadopoulou, said it was a pleasure to celebrate the first year of the direct flight from Athens to New York.

“Happy birthday Emirates!” she said. “This development is extremely important for our airport and the city, enhancing its connectivity; it is equally exciting for our passengers, offering them the option of the direct, year-round connection with the US.”

Emirates launched its first flights to Athens in 1996 and has since supported tourism and trade flows between Greece and Dubai and beyond.