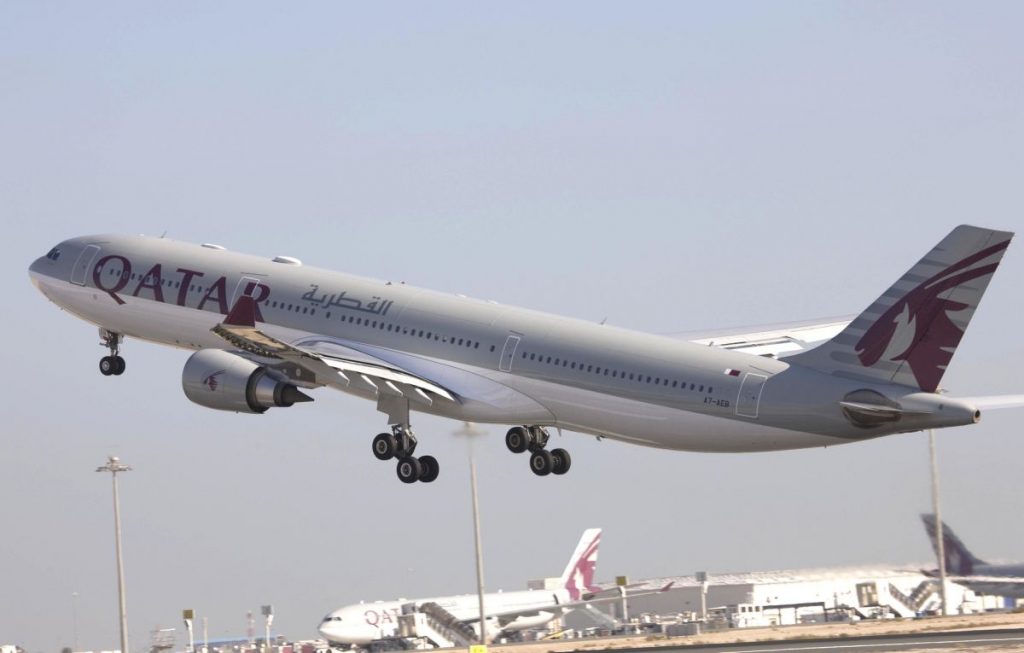 At this year’s ITB Berlin trade show, Doha-based Qatar Airways revealed a host of 16 new destinations, including two in Greece, to be launched in 2018-19. ITB Berlin 2018 took place between March 7-11.

During a press conference held on the show’s opening day, Qatar Airways Group Chief Executive Al Baker announced forthcoming global destinations for the airline in line with its expedited expansion plans. He also announced that Qatar Airways will be the first Gulf carrier to begin direct service to Luxembourg. 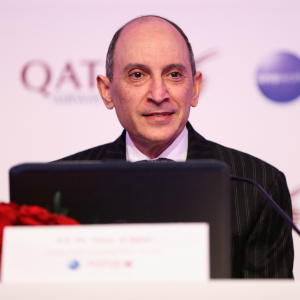 Regarding Greece, the airline will launch will launch direct flights to Thessaloniki this month and to the island of Mykonos as of May 30.

“This is a direct reflection of our commitment to connecting travelers across all corners of the world in a way that is meaningful and convenient to them,” Baker said.

During the press conference, he also spoke passionately about the blockade against Qatar. “During the blockade Qatar Airways continued its expansion; it continued its march ahead,” Baker said, adding that the airline will keep on expanding and keep on raising the flag for his country all over the globe. 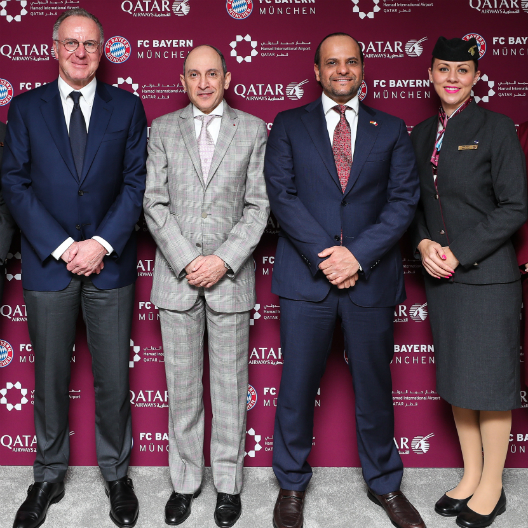 On the second day of ITB, the airline announced that it has signed a five-year partnership agreement with leading German football team FC Bayern München AG. Under the new agreement, the award-winning airline will become an FC Bayern München platinum partner until 2023. The five-season deal, commencing 1 July 2018, will see the airline’s logo adorning the shirt sleeves of the German league leaders.

The airline also unveiled a brand-new exhibition stand at ITB, featuring a full 360 digital screen wrapping around the entire stand showcasing the signature Qatar Airways five-star journey. In-flight entertainment experiences allowed guests to place themselves virtually into one of the airline’s Business Class seats, complemented by a full-size display of the airline’s patented, award-winning “First in Business Class” concept, ‘Qsuite’.

Qatar Airways currently operates a modern fleet of more than 200 aircraft via its hub, Hamad International Airport (HIA). Just last month, the airline welcomed the Airbus A350-1000, for which it is the global launch customer.

‘Cyclades Trail Cup 2018’ Kicks Off on Kimolos in May