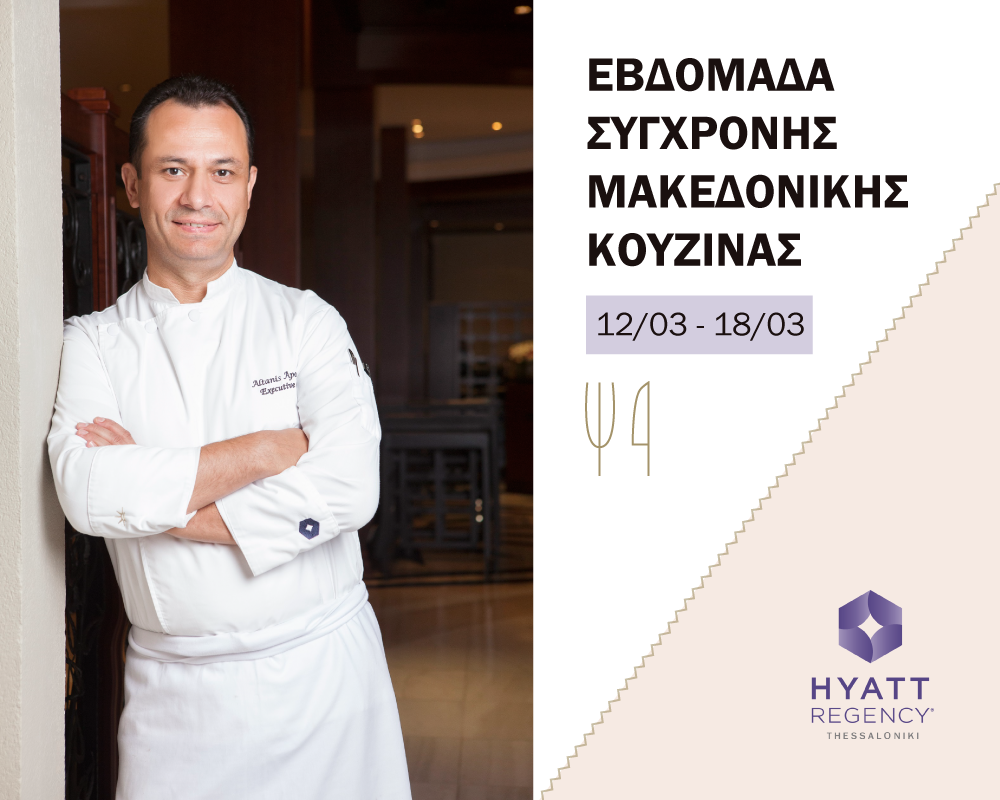 The Hyatt Regency hotel in Thessaloniki has announced that it will participate in the 1st ‘Modern Macedonian Cuisine Week’ that will run from March 12 to March 18. 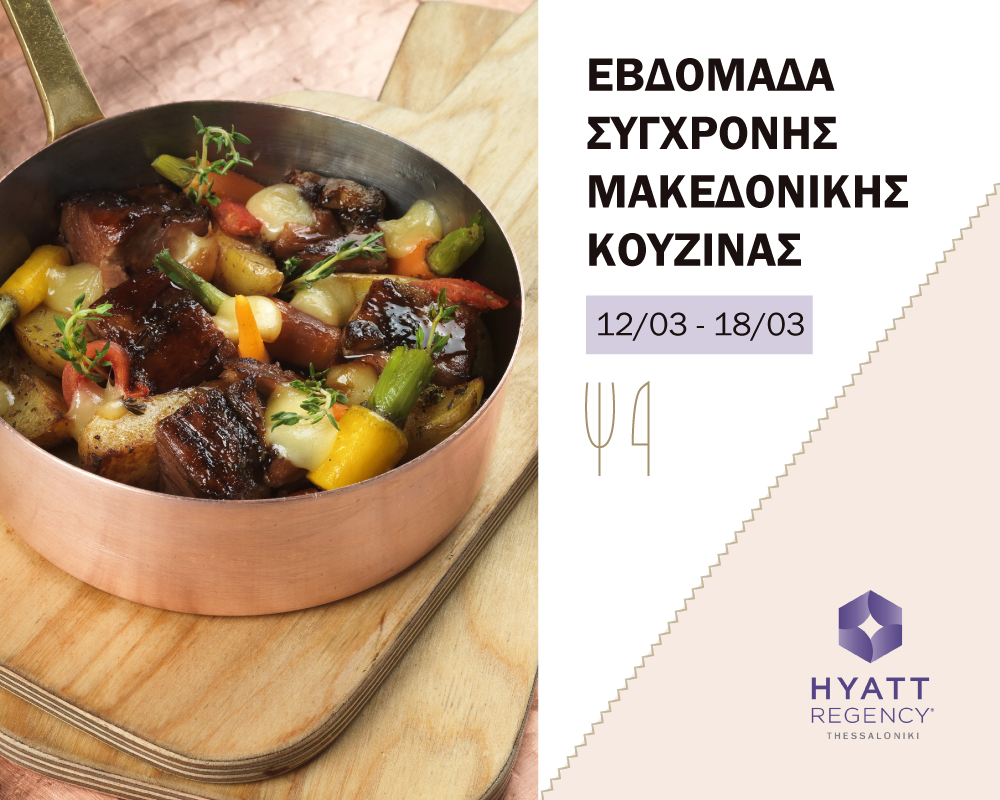 During the 1st ‘Modern Macedonian Cuisine Week’, participating restaurants will serve their guests a different set menu based on Macedonian tastes.

The event is based on an idea of the Hyatt Regency’s Executive Chef, Apostolos Altanis, and a group of experienced journalists that specialize in gastronomy. They joined forces to study the Macedonian cuisine in depth, search for the origins of the recipes in order to select 40 representative recipes of Macedonian cuisine.

Travelotopos Welcomes ‘Dinner in the Sky’ in its Network