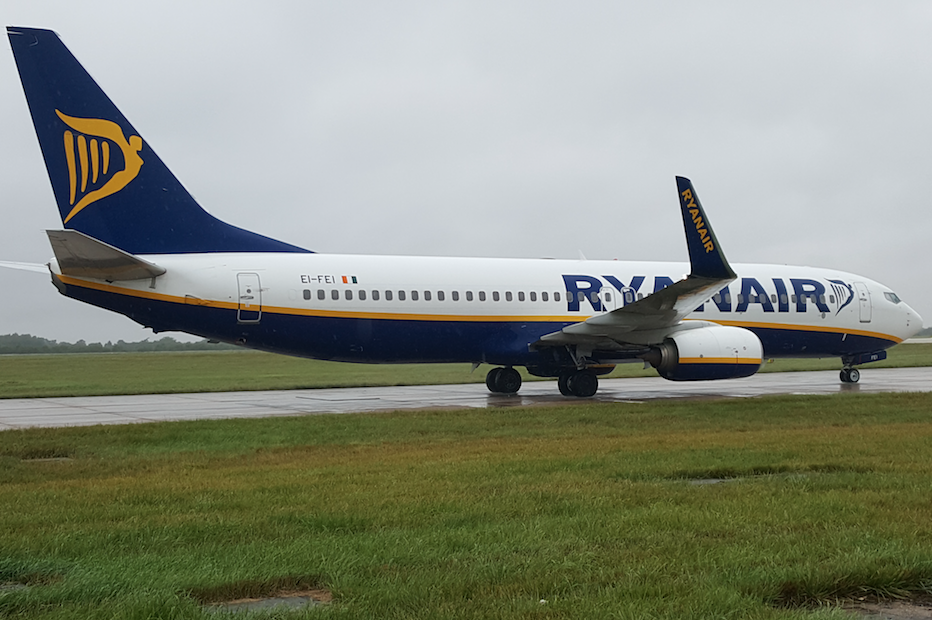 Low-cost carrier Ryanair is adding 13 new routes to its 2018 winter schedule, connecting Athens and Thessaloniki with destinations in Europe, Asia and North Africa.

“With the new routes and more flights on five existing itineraries, Ryanair is expected to carry 5.7 million passengers and grow its traffic by 14 percent this year,” newly appointed Ryanair sales and marketing manager Eastern Mediterranean Nikolas Lardis, told reporters during a press conference on Tuesday.

The Irish carrier has decided to expand its network of destinations from the Thessaloniki airport and other regional airports despite new charges introduced by Fraport Greece, according to the company’s executives.

“Prices at Greek regional airports are too high”

“Prices at regional airports are going up for no reason at all,” chief commercial officer David O’ Brien told reporters during a press conference on Tuesday.

O’Brien said that Fraport Greece has introduced new charges for parking overnight, as well as for fire services during aircraft refueling.

Furthermore, O’ Brien referred to the upward trend of Greek tourism in 2017, also noting that competitive countries such as Turkey, Egypt and Tunisia are opening up to tourists this year. “We are considering to start flying to Turkey from late 2018,” O’ Brien said.

The new routes from Athens and Thessaloniki

As announced, the carrier is adding six twice-weekly routes from Athens to Aqaba, Catania, Dublin, Marrakesh and Palermo, as well as a service to Eindhoven which will be conducted three times a week.

Ryanair will also add everyday flights from Athens to Bucharest and Sofia, as well as to Thessaloniki three times a day.

According to the carrier, the additions bring the number of routes from Athens to a total of 25, and the number of passengers to 2.9 million, which is up by 10 percent compared to the previous year.

Moreover, Ryanair said it will launch new twice-weekly routes from Thessaloniki to Bologna and Nuremberg. It will also restore five routes to Bratislava, Hamburg, Paris Beauvais and Warsaw Modlin, which will be conducted twice a week, and to Chania, Crete, four times a week.

The airline will also increase its itineraries from Thessaloniki to Milan Bergamo to three times a week, and to Brussels Charleroi to four times a week.

Ryanair this winter will conduct 21 routes in total from Thessaloniki and is expected to carry 1.7 passengers, a 21 percent increase.