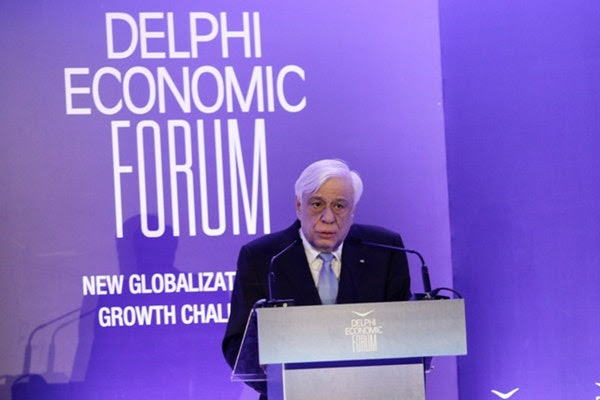 The President of the Hellenic Republic Prokopios Pavlopoulos.

Ways of strengthening the European Union’s position amid new globalization challenges were at the focus of the first day of the Delphi Economic Forum III, which is currently underway in Delphi, central Greece.

The forum opened on Thursday with a keynote speech by the President of the Hellenic Republic Prokopios Pavlopoulos, who referred to the growth challenges of the EU. “The real enemy for Eurozone is not the deficit but the debt crisis. The EU cannot escape the danger of a debt crisis, unless it changes its severe austerity policy the soonest possible,” Pavlopoulos said. Furthermore, he urged the country’s EU partners to meet their commitments and proceed with Greece’s debt relief. 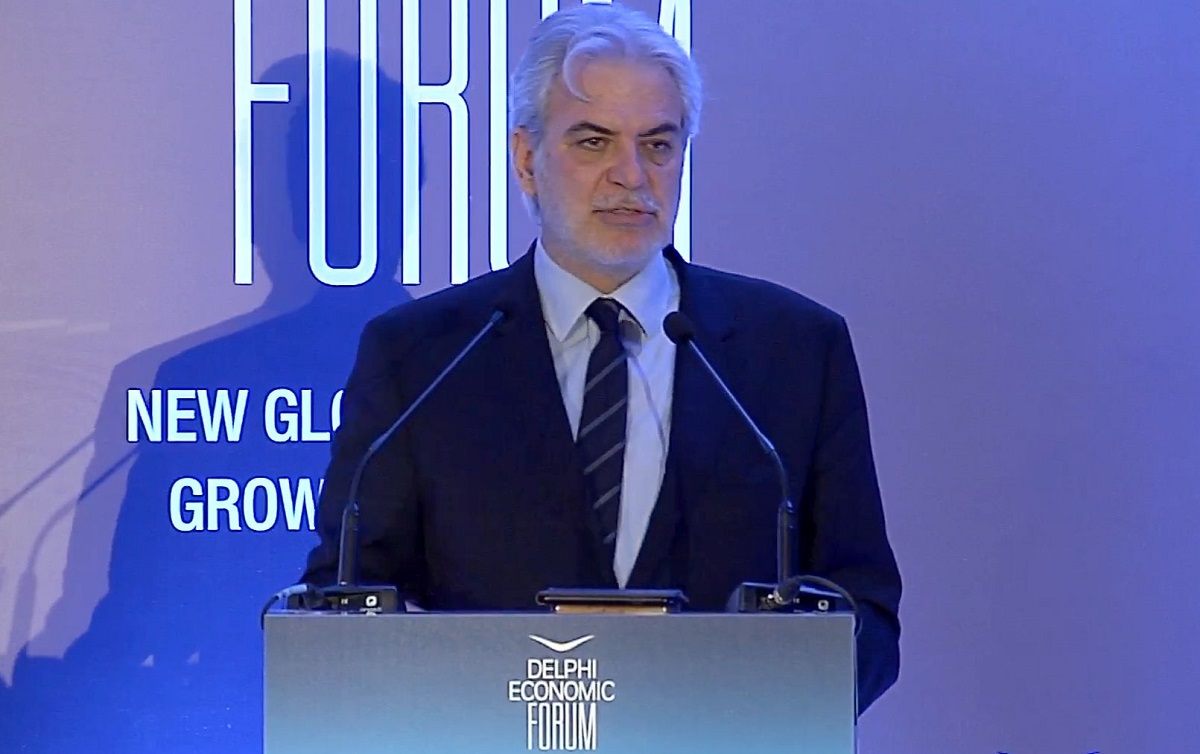 Meanwhile, European Commissioner for Humanitarian Aid and Crisis Management Christos Stylianides said the EU is in its fifth year of financial recovery, as growth rate is at 2 percent and unemployment has reached the lowest level in the last nine years.

“Europe was confronted with a dilemma: Unity or disintegration? The Juncker commission decided to go forward united,” the Commissioner underlined.

Furthermore, European Commissioner for Migration, Home Affairs and Citizenship Dimitris Avramopoulos spoke of the vital importance of a close and stable relation of the EU with the Western Balkan countries, “with the prospect of their full accession, as long as they meet the requirements”. He also referred to the new visa suspension mechanism and the European Travel Information and Authorization System (ETIAS). “They have been designed to protect and facilitate the movement of travelers from the area, also enhancing the safety terms for our borders,” he said. 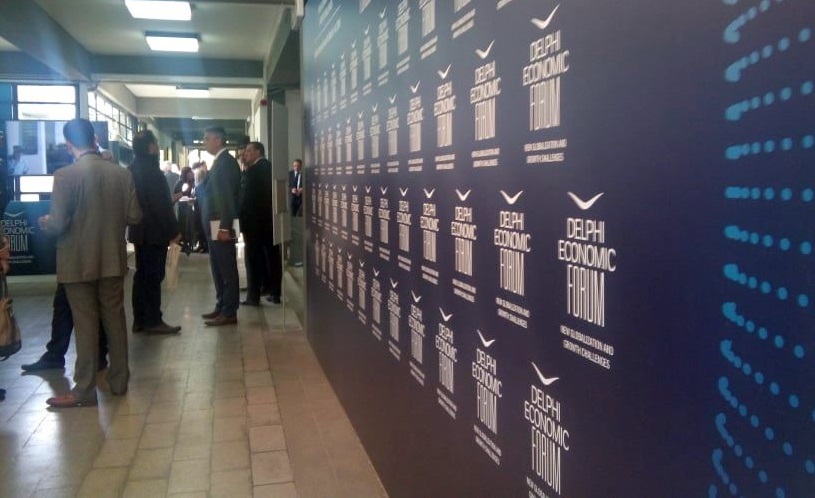 Organized for the third consecutive year, the Delphi Economic Forum III is held under the theme, “New globalizations and growth challenges”. It hosts more than 400 speakers from Greece and abroad from the fields of politics, economy, business, diplomacy and academia, as well as think tank and media representatives.

The forum will continue on Friday, March 2, with a keynote speech by Greek Prime Minister Alexis Tsipras. It will close its doors on Sunday, March 4.