Thermal Springs in Greece: An Opportunity for Investors 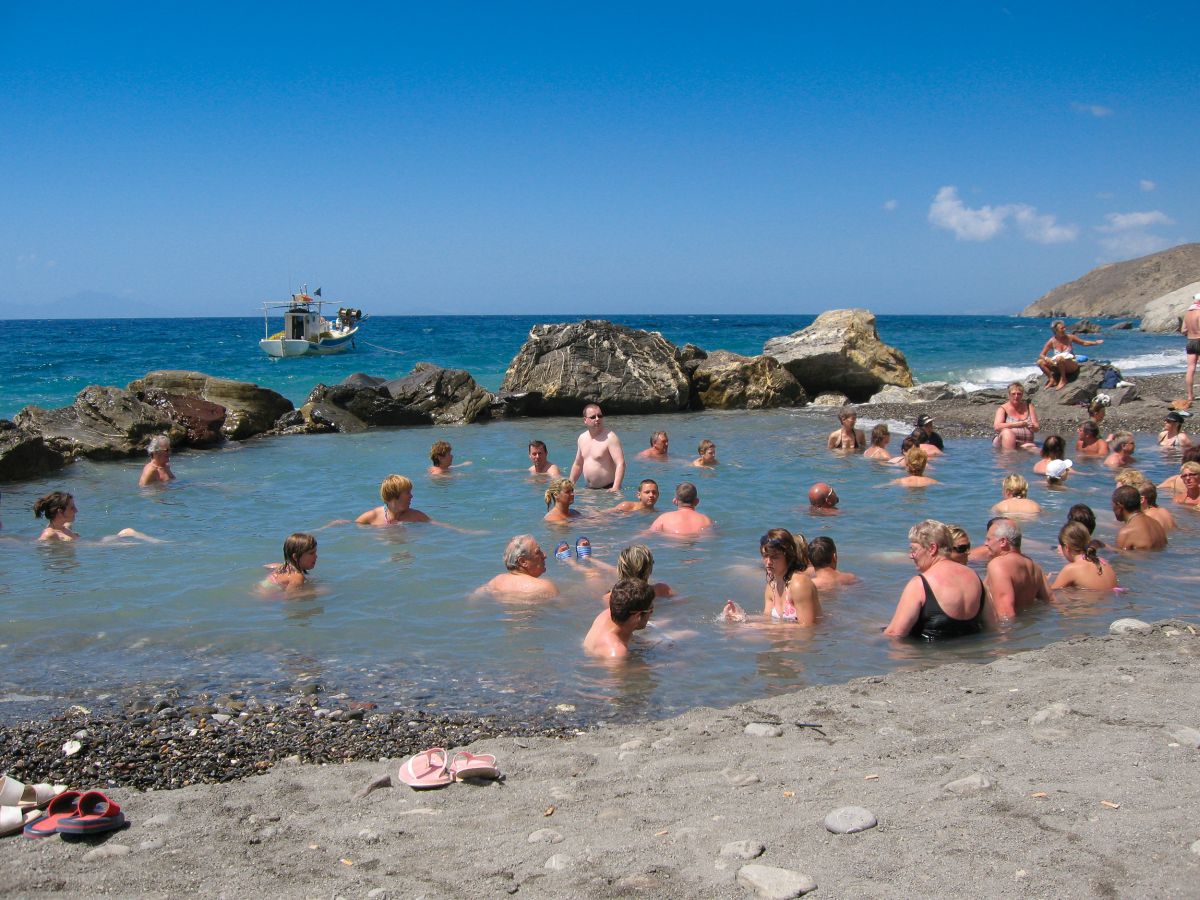 The benefits of investing in thermal springs in Greece as well as the opportunities offered through the further development of spa and wellness tourism were highlighted on Monday during a workshop in Athens. 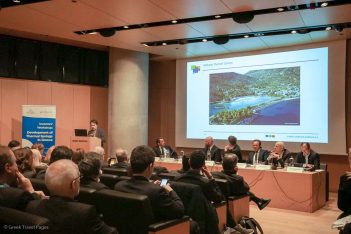 Organized by Enterprise Greece and the Ministry of Economy and Development, and supported by the German Embassy and the Hellenic Republic Asset Development Fund (HRADF), the event “Investors’ Workshop: Development of Thermal Springs in Greece” brought together more than 250 representatives from foreign embassies in Greece, Banks, international financial institutions, investors, consultants and academics.

During the workshop, investors were informed on interventions made to Greek legislation by the ministries of tourism, environment and economy that aim to facilitate potential investment in the country’s thermal springs. All parties agreed that cooperation between the government, municipalities and the private sector is essential for this form of tourism. 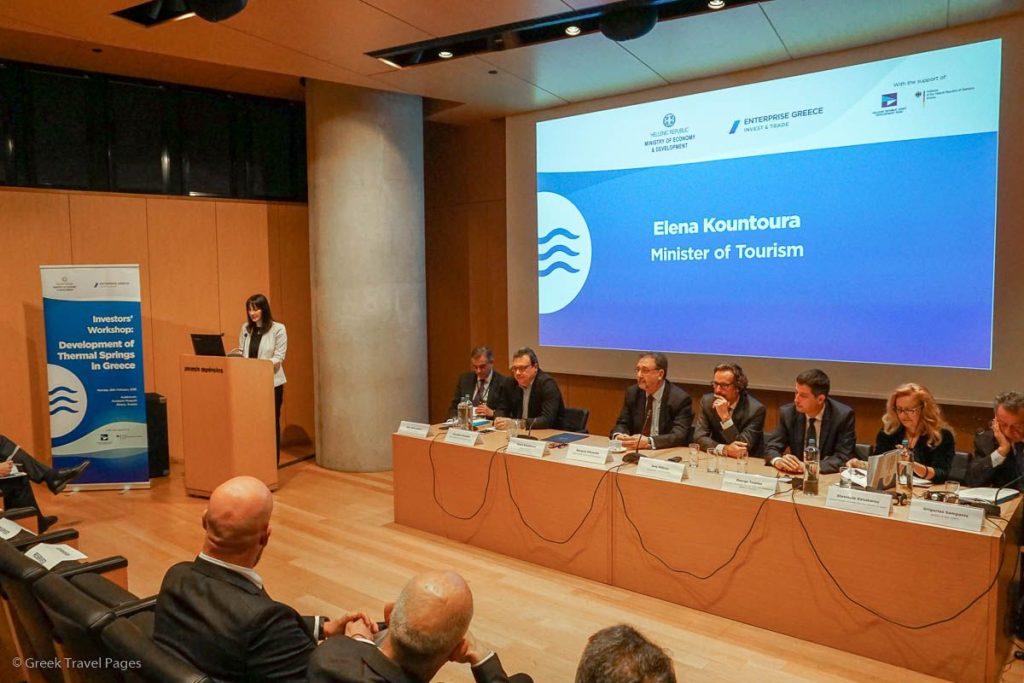 Regarding the Tourism Ministry, Minister Elena Kountoura referred to the “attractive framework” that has been formed through legislative interventions for the development of health tourism in Greece through investment in thermal springs.

During her speech she underlined that health and wellness tourism is a significant product that is strongly developing and is a priority in the country’s tourism policy. 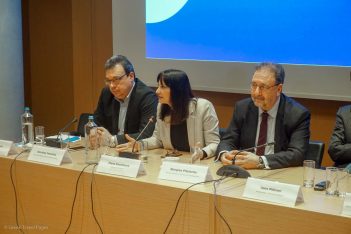 Interventions made to legislation to facilitate potential investment in thermal tourism, include a faster process for the licensing of thermal tourism facilities in Greece. The ministry also set up a committee for the protection of thermal natural resources, which speeds up the certification process of thermal springs; introduced ministerial decisions that now clarify the operating standards for the creation, conversion and extension of thermal treatment units, spa-healing and thalassotherapy centers; and set the specifications and procedures for the distribution of a special operating seal for such faclilities.

“Decades of problems have been solved so that today we can use the healing wealth of Greece and provide a complete modern and credible framework for the development of new high-end products of healing tourism in the Greek market,” Minister Kountoura said.

The minister also noted that 110 thermal springs throughout the country have been licensed or are in the licensing process, adding that health tourism is the vehicle for investment to run in local communities.

It is noted that the technical and operational specifications for the establishment, alteration or expansion of thermal treatment units and thalassotherapy centers in Greece were published in the Greek Government gazette on Tuesday, following a joint ministerial decision signed between Minister Kountoura, Finance Minister Εuclid Tsakalotos and Administrative Reforms Minister Olga Gerovasili.

German Ambassador: ‘It is possible to invest money in Greece’ 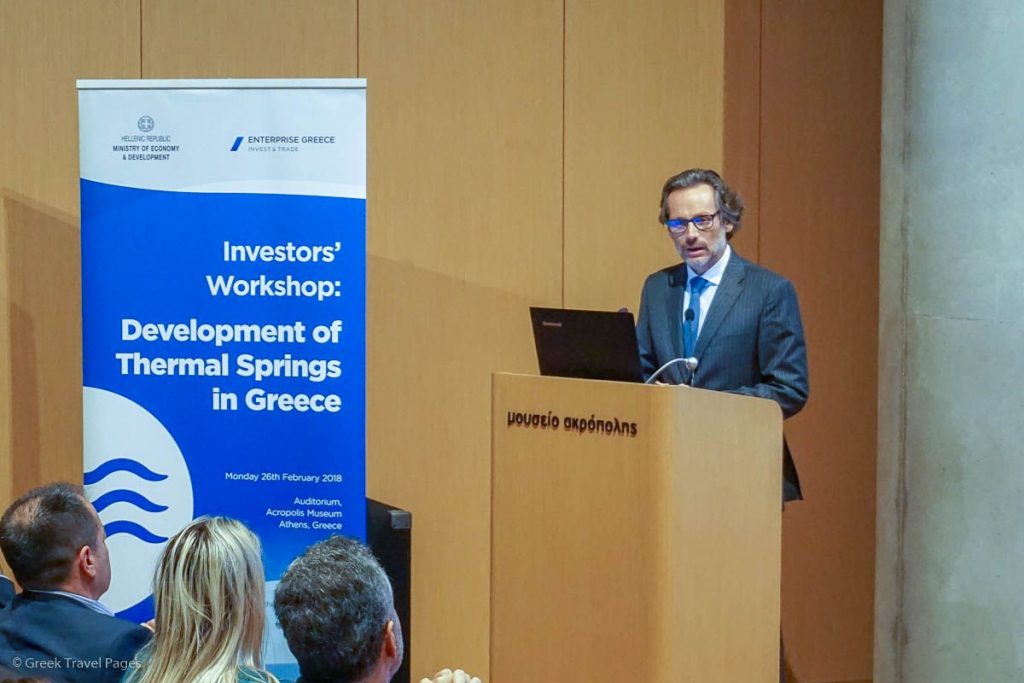 On his part, the German Ambassador to Athens Jens Plotner underlined that thematic tourism is an “up and coming issue” and thermal springs are of particular importance.

“We have been hearing about fast track procedures and interministerial committees set up to facilitate any potential investment and that is important… We all know that investing in thermal springs in any country is a very complex endeavor,” the Ambassador said.

Referring to interventions made to Greek legislation that now facilitate potential investment in thermal springs, the Ambassador underlined that through cooperation, the complex field of privatization projects can become an example that “in Greece today it is possible to invest money”. 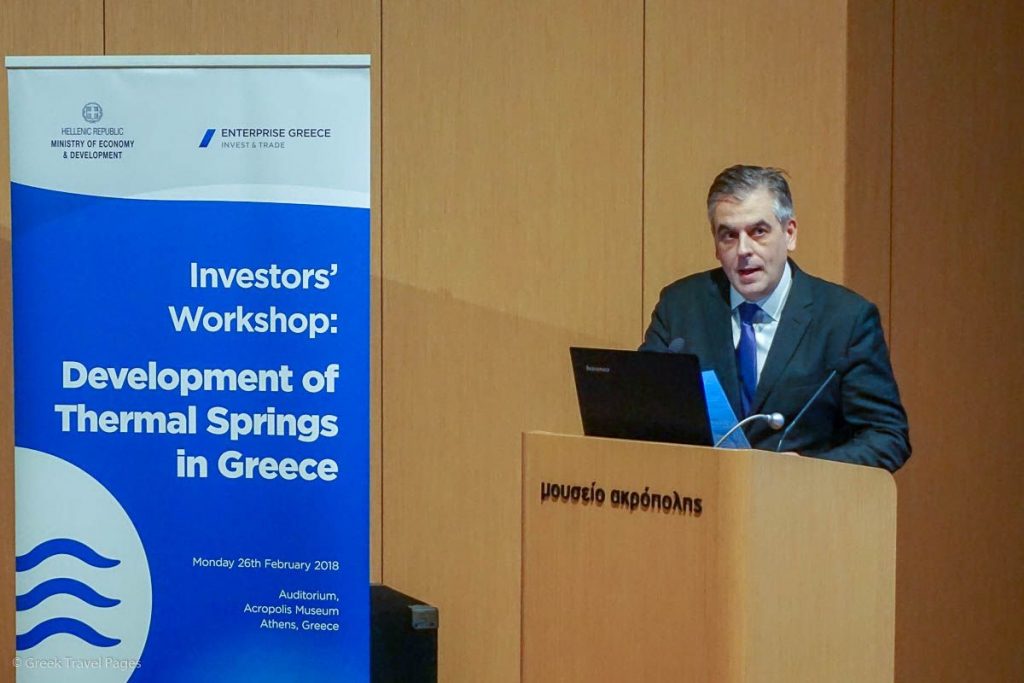 “Municipalities and local communities fully understand their potential, the central government is putting thermal tourism as a priority and is seeing to solve all pending issues in the institutional framework, while international investors are observing these developments with a high interest,” Athanasiou said.

“For our part, Enterprise Greece has developed the necessary infrastructure to reinforce efforts of attracting investments and promoting the (tourism) industry to international markets,” he added.

During the workshop, the Hellenic Republic Asset Development Fund (HRADF) presented seven properties in Greece up for privatization that include thermal springs.