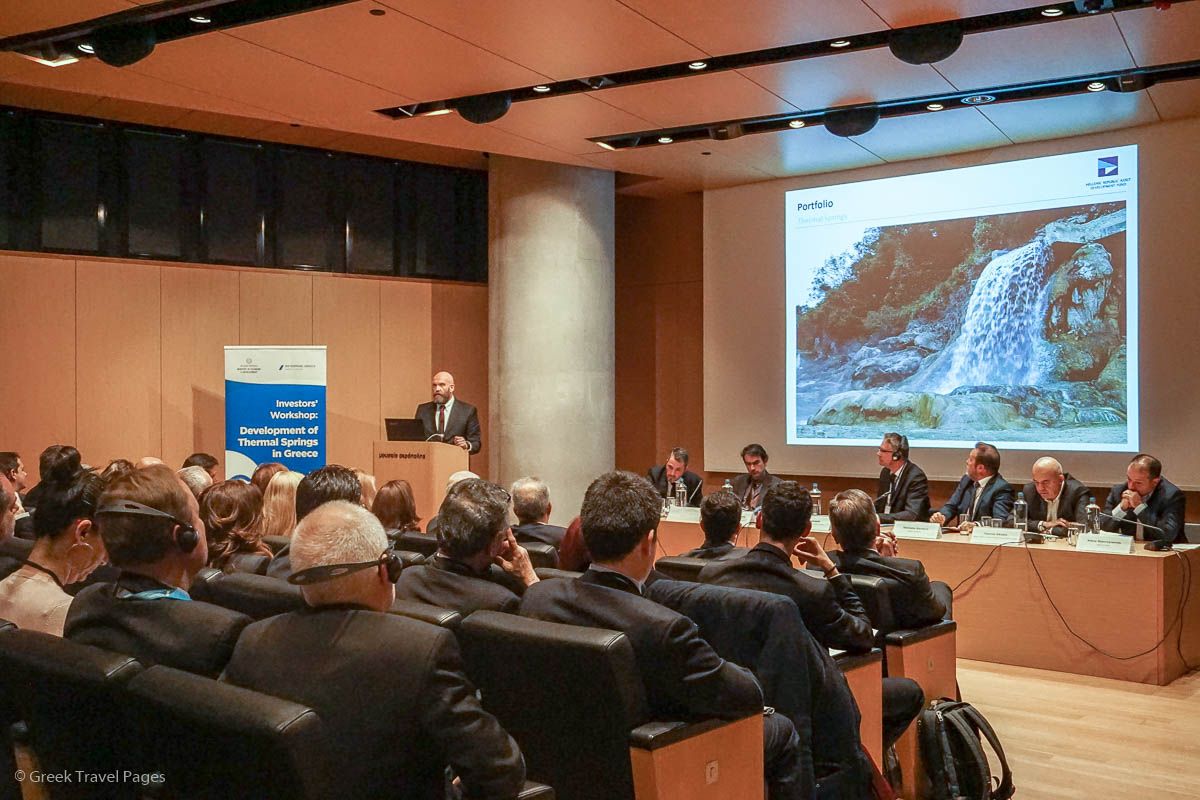 HRADF Project Manager Panagiotis Mavraganis presenting the fund’s thermal spring properties that are up for privatization.

The Hellenic Republic Asset Development Fund (HRADF) on Monday announced that it currently has seven landmark assets in Greece up for privatization that include thermal springs. The properties are located on the island of Kythnos and the areas of Loutropolis of Kamena Vourla, Thermopylae, Konavitis, Edipsos, Ypati and Platistomo. 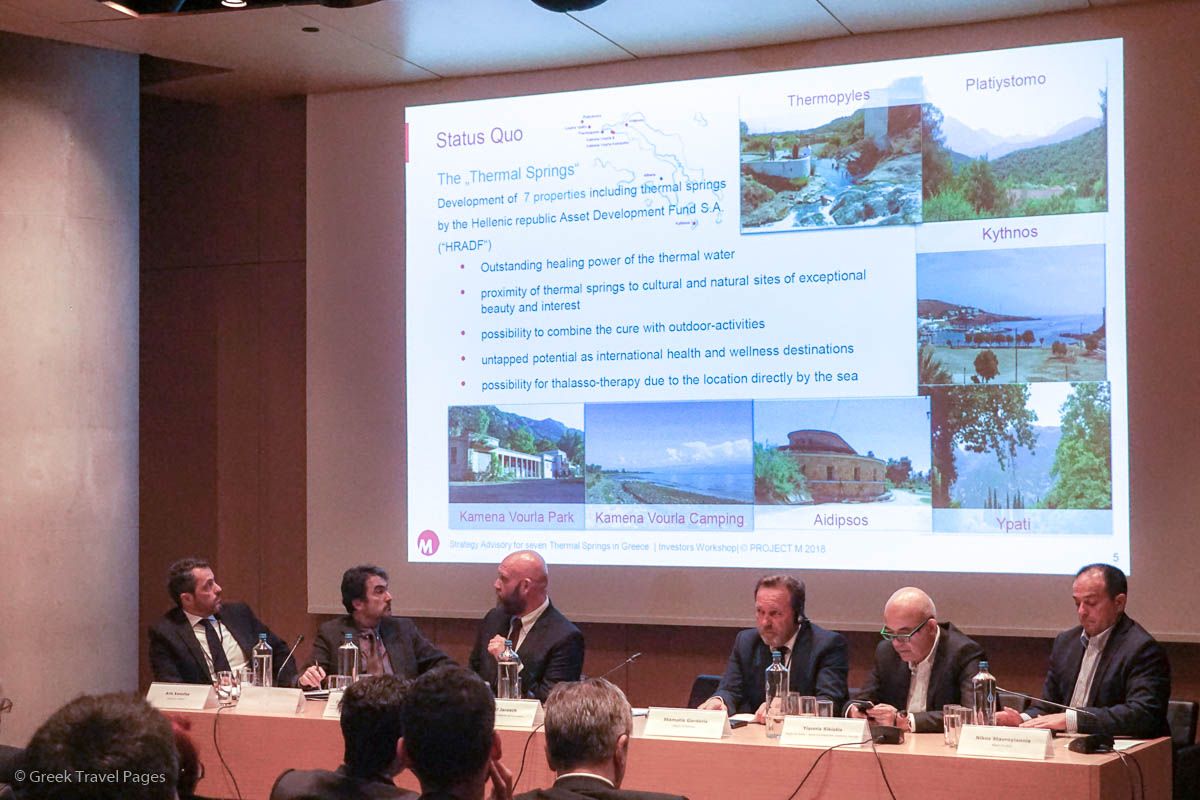 Slide from the feasability study carried out by German consulting company, ProjectM, on the seven HRADF thermal spring assets.

The announcement was made during the “Investors Workshop-Development of Thermal Springs in Greece” held in Athens and organized by Enterprise Greece in cooperation with the Ministry of Economy and Development and with the support of the German Embassy in Athens and of HRADF.

Enterprise Greece’s workshop brought together government officials and potential investors from Greece and abroad to explore the benefits of investing in thermal springs in Greece.

During the workshop, HRADF Project Manager Panagiotis Mavraganis, presented the fund’s specific thermal spring properties, the alternative plans for development and the timetable for their exploitation, emphasizing primarily on the island of Kythnos and the Fthiotida cluster (Loutropolis of Kamena Vourla, Thermopylae and Konavitis). 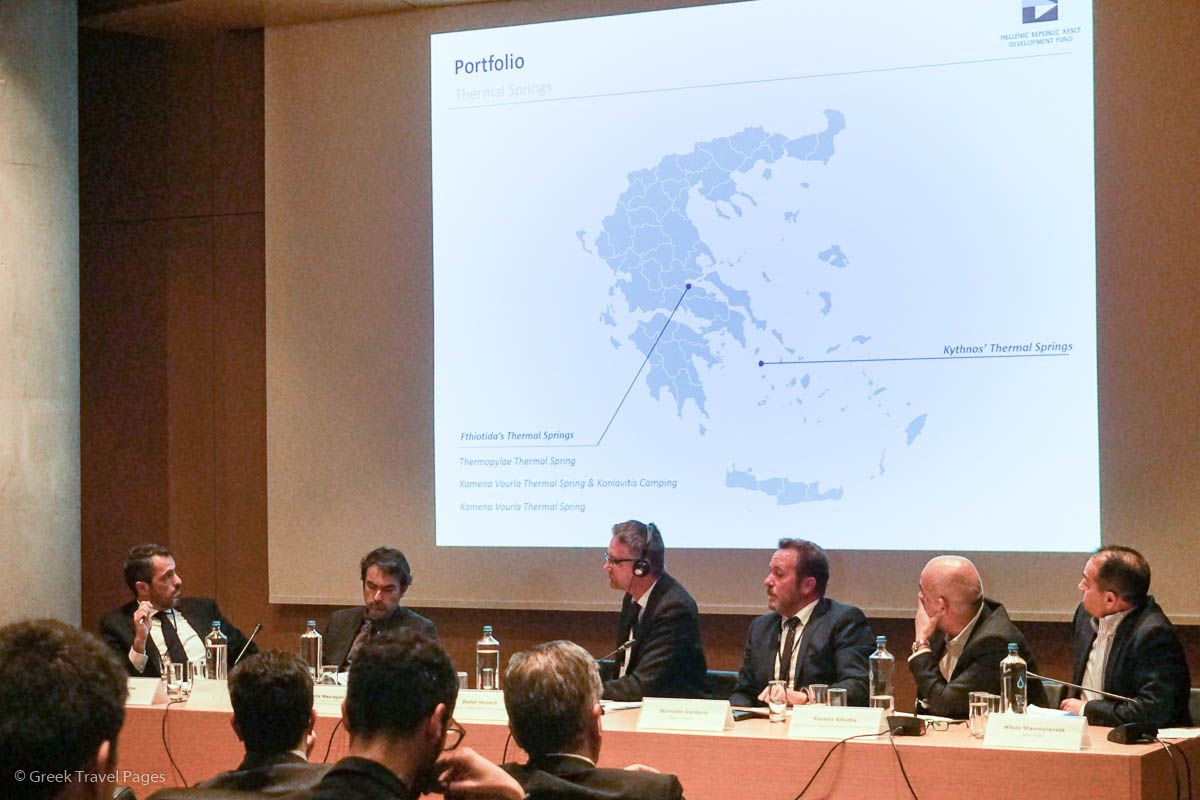 Map indicationg the thermal spring properties on Kythnos and the Fthiotida cluster.

According to HRADF Chairman Aris Xenofos, in 2015 the global spa and thermal springs industry was worth $51 billion, while wellness tourism generates more than $563 billion annually. 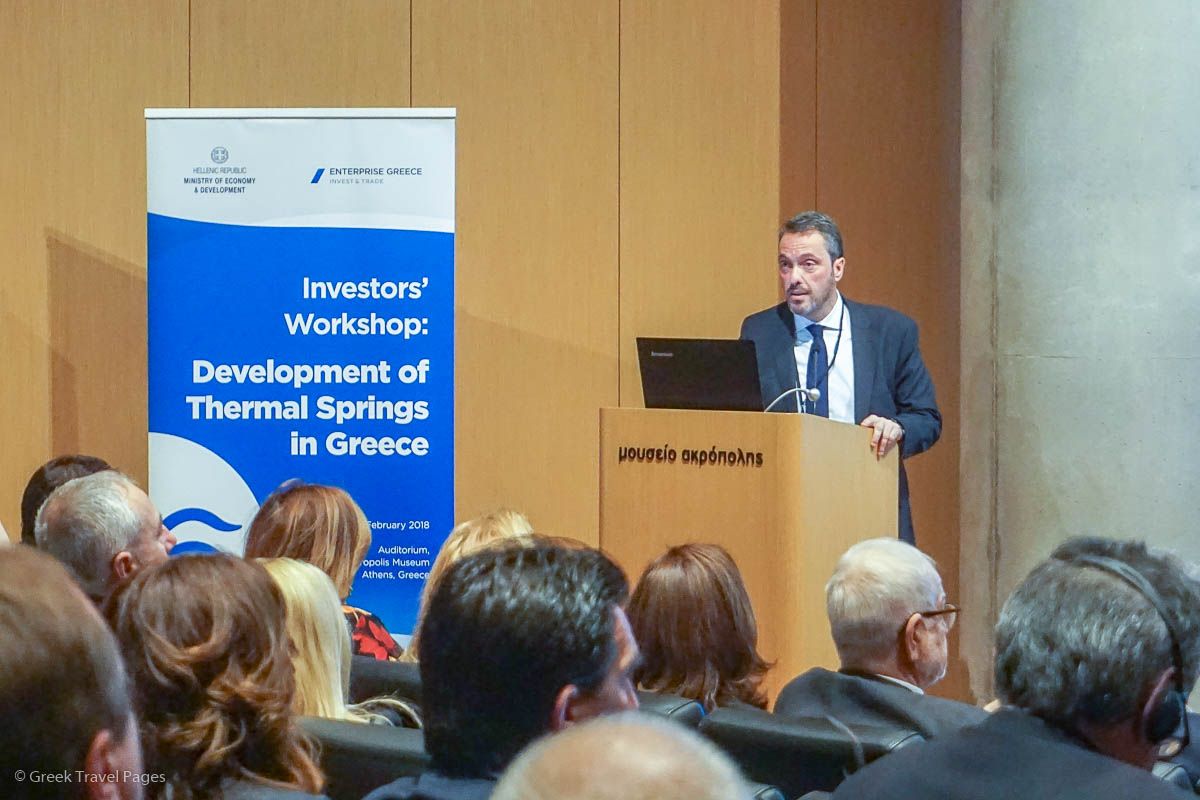 Moreover, tourists interested in health and wellness tend to spend 61 percent more money than any other holidaymakers.

“Many actions should have already been carried out so that Greece today would be the center of thermal tourism, not only in Europe but also globally,” Xenofos said, adding that it is not too late as interventions have been made to legislation that now facilitate potential investment in thermal springs.

During his speech, he underlined that the timing and maturity of assets in the thermal springs category allows for a strategic development of the thermal tourism infrastructure by attracting investments that will benefit all, especially local communities, while at the same time they will protect and upgrade the environment. 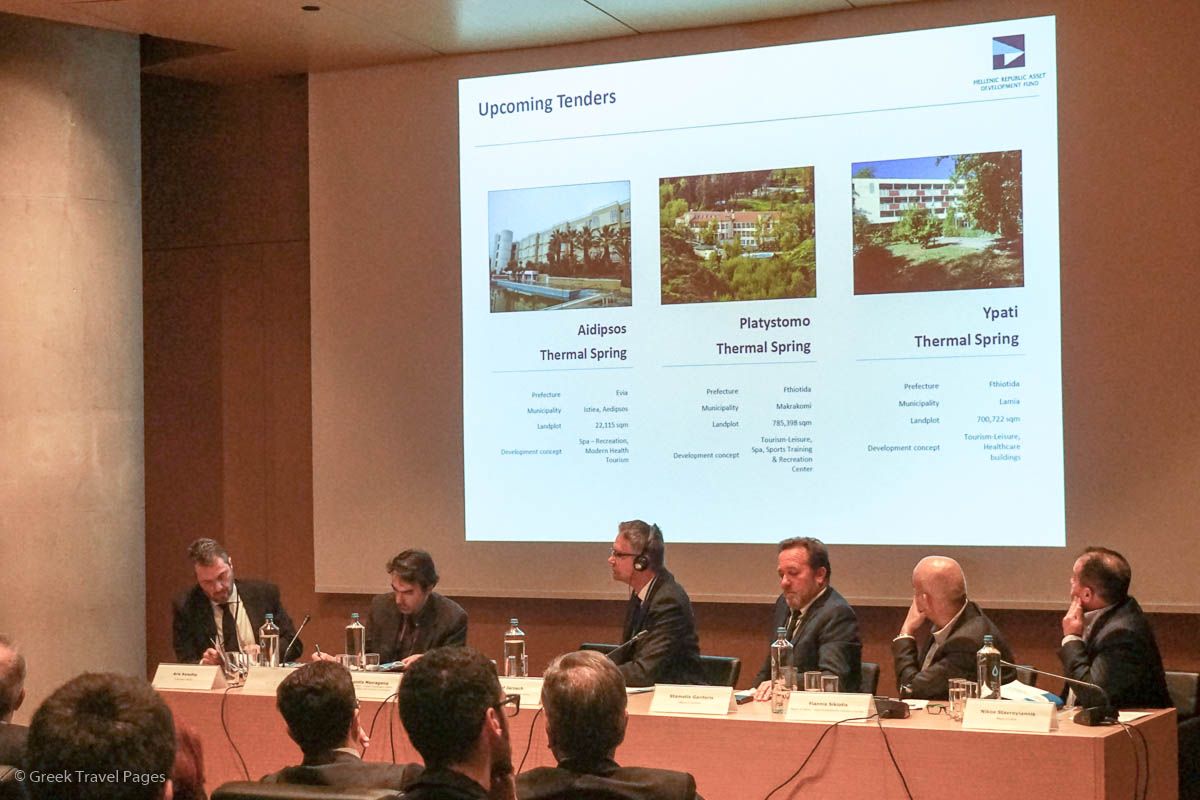 Pointing out the fund’s new strategy, Xenofos stressed that selling an asset is not an end in itself. “Τhe development and social footprint that these investments will leave in the wider region and our country, represent the spearhead of our management policy, the strategy of developing public property”, he said.